Nothing really changes in Israel

The results from the recent Israeli election will likely reinstall a coalition government very similar to the last one. 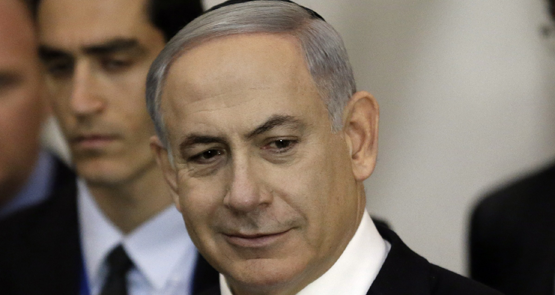 The media coverage would leave you in no doubt about the result of Tuesday’s Israeli election. It’s being almost uniformly portrayed as a major victory for incumbent Prime Minister Benjamin Netanyahu: “Netanyahu Soundly Defeats Chief Rival” was the fairly typical New York Times headline.

It’s true that Netanyahu’s Likud party outperformed expectations. Polls had shown it trailing the opposition Zionist Union (a centre-Left alliance between Labor and Hatnuah), and even the exit polls put them neck and neck. But, in fact, Likud emerged with 23.4% and 30 seats, 4.7% and six seats ahead of Zionist Union.

Yet look again at that number: 23.4%, less than a quarter of the vote.

As usual, some 60% of Israelis voted for someone other than the two leading parties. Nor is this a first-past-the-post system, where a low vote can artificially deliver a majority; on the contrary, it is highly proportional, so Likud won exactly a quarter of the 120 seats. (Note: the official results don’t yet give a conversion of votes into seats, presumably because some postal votes are yet to be counted. I’m using the totals widely reported in the media; it’s possible that Likud will actually finish with 31 rather than 30, but for the reasons given above that would make essentially no difference to the outcome.)

Between them, the identifiably right-wing parties — Likud, Yisrael Beiteinu, Jewish Home and the orthodox religious parties — actually lost support, falling from 61 seats to 57. The Left and centre-Left gained in aggregate by the same amount.

As in the majority of parliamentary democracies, election victory in Israel is about putting together a coalition that can command a majority of seats. It so happens that I agree with the media verdict that Netanyahu will be able to do that, but his lead on the primary vote is not what guarantees it.

Indeed, it’s a peculiarity of Israel that the election result itself has very little apparent influence on what sort of government emerges. The main moves in coalition negotiations could all have been guessed before any of the votes were counted.

Although Israeli parties split and re-form with some regularity, underlying electoral behavior is pretty stable. Shifts in the support of the major blocs are minor, and the electoral system reflects that gradualism rather than amplifying it. A dysfunctional party system then ensures that real change is not presented as an option.

Once upon a time, Israeli elections really mattered. Likud’s first victory in 1977, Labor’s victory in 1992 and its decisive defeat in 2001 all marked important transitions that had serious policy implications. But in more recent times they have amounted to minor reshuffles within the same unimpressive political leadership.

The reason isn’t hard to find. No alternative to the Right can be contemplated without the support of the Arab (or, more strictly, “non-Zionist”) parties, which — this year combined in a single list as a response to an attempted electoral rort that backfired — achieved 10.5% and 13 seats.

But since the assassination of Yitzhak Rabin, as Lev Grinberg argued last month, the centre-Left parties have rejected co-operation with the Arab parties. And that puts them in a position where, instead of offering a genuine alternative, they are merely competing for the same pool of centrist MPs and are therefore reduced to offering much the same policy direction as Netanyahu.

So while the two centrist parties (Yesh Atid with 11 seats and newcomer Kulanu with 10) notionally have the balance of power between Likud and the Zionist Union, their power is illusory rather than real. One or both of them will throw in their lot with Netanyahu, unless Labor pre-empts them with an offer to join Likud in a grand coalition.

And Netanyahu, having moved even further to the Right to shore up his base, will find himself back with much the same coalition that he failed to manage last time. Le plus ca change …

The election was useful into scaring Netanyahu into stating openly what many long knew: the 2 state ‘solution’ is dead.

Yes, I think that’s right Gavin. The idea of Netanyahu as a closet moderate is now surely dead and buried.

Why was my comment of yesterday moderated out of existence? No bad language, no factual errors, no offensiveness.

Sorry James, no idea. Comments on the blog I can moderate myself, but this all goes thru the Crikey back office. Better email them.

No, this latest election was special in that it was won by flagrant racists who campaigned on opposition to any Palestinian state and hence on a clear platform of an Apartheid Israel ruling all of Palestine. Presently, of 12 million Palestinians, 86% (4.3 million Occupied Palestinians and 6 million Exiled Palestinians) are prevented from voting for the government ruling all of Palestine and hugely deprived of human rights, while 14% can vote, albeit as Third Class citizens under race-based Israeli Apartheid laws.

Nearly 48 years after the 1967 Zionist invader conquest of all of Palestine, the Western-backed, invasion-, occupation- , theft- , genocide-, falsehood- and race-based Apartheid State of Israel still comprehensively violates ALL basic human rights of the Indigenous Occupied Palestinian People as set out in a detailed and documented analysis by me (Gideon Polya, “Apartheid Israel Excludes Occupied Palestinians From All Provisions Of The Universal Declaration Of Human Rights”, Countercurrents, 20 May, 2012: http://www.countercurrents.org/polya200512.htm ; for all 30 Articles of the UN Universal Declaration of Human Rights see: http://www.un.org/Overview/rights.html ).

Decent, sensible Australians will utterly reject the anti-democracy and anti-human rights Lib-Labs (Liberal-Laborals, Coalition and Labor Right) for their blind and racist support for democracy-by-genocide Apartheid Israel and will vote 1 Green and put the Coalition last (there are a few Labor figures who have variously spoken up for Palestinian human rights , notably Bob Carr, Barry Jones, Melissa Parke MP and Maria Vamvakinou MP).