Is the West’s love affair with Israel over?

Israel has always had a special relationship with the West, particularly the United States. But recently the bloom seems to be off the rose, writes Crikey intern Brihony Tulloch. 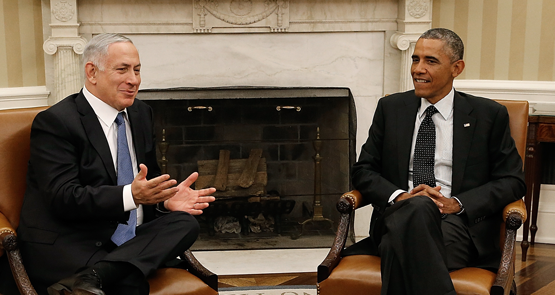 sraeli Prime Minister Benjamin Netanyahu has won re-election this week after an unexpectedly difficult campaign. While recent polls indicated he was in trouble, the ruling conservative Likud Party earned 30 out of the Knesset’s 120 seats, putting the party in a position to build a coalition government with right-wing and religious allies.

But it wasn’t an easy fight, and along the way Netanyahu reversed course and appeared to reject the possibility of a two-state solution (he has since backtracked) and warned Jewish Israelis to vote because Arab citizens were “coming out in droves to the polls”. It might prove a turning point for the normally cordial relationship between Israel and the West, particularly the United States.

At the beginning of his prime ministership in 2009, Netanyahu was known for a cordial relationship with the West. At Netanyahu’s first meeting with Barack Obama, the President remarked:

“He has both youth and wisdom … and I think is in a position to achieve the security objectives of Israel, but also bring about historic peace. And I’m confident that he’s going to seize this moment. And the United States is going to do everything we can to be constructive, effective partners in this process”.

But that relationship began to unravel in 2014. While initially supportive of a two-state solution, in April 2014 Netanyahu began to raise concerns about Hamas and the military power of a future Palestinian state. October marked a turning point in Western public opinion, with Netanyahu calling the US restriction on the growth of Israeli settlements in the West Bank “against the American values”.

Jeffrey Goldberg of The Atlantic was among the first to report on the chilly relations:

“This comment is representative of the gloves-off manner in which American and Israeli officials now talk about each other behind closed doors, and is yet another sign that relations between the Obama and Netanyahu governments have moved toward a full-blown crisis. The relationship between these two administrations — dual guarantors of the putatively ‘unbreakable’ bond between the U.S. and Israel — is now the worst it’s ever been, and it stands to get significantly worse after the November midterm elections”.

This is quite a contrast to the praise The Washington Post was singing in 2009, soon after Netanyahu was first elected.

“Prime Minister Binyamin Netanyahu said [that] he is willing to support the creation of a Palestinian state, for the first time making a commitment that the United States, Europe and the Arab nations have pushed for since he took office … President Obama welcomed Netanyahu’s speech as an ‘important step forward’.”

Earlier this month, Netanyahu gave a speech to US Congress imploring Obama to block Iran’s sensitive nuclear program despite Obama publicly stating that he would not. This bold move right before the 2015 Israeli elections was another blow to the already strained US-Israel relations.

Even New York Times columnist Thomas Friedman (who has championed Israel in the past, calling Israeli airstrikes a form of “education”) turned on Netanyahu:

“It is hard to know what is more depressing: that Netanyahu went for the gutter in the last few days in order to salvage his campaign — renouncing his own commitment to a two-state solution with the Palestinians and race-baiting Israeli Jews to get out and vote because, he said, too many Israeli Arabs were going to the polls — or the fact that this seemed to work.”

“That, of course, is why Prime Minister Benjamin Netanyahu ‘won’ the Israeli election. That is how he won the election even though there was a strong economic case against him, and people were tired of his ways, and about 200 former Israeli military and intelligence leaders publicly opposed his dangerously bellicose foreign policy. He won because he ran as a bigot.”

But Netanyahu still has some fans in the Western media. The Australian‘s Greg Sheridan wrote yesterday:

“[Netanyahu]’s prospects of leading a stable government are reasonable. That’s the best you can expect from an ­Israeli election.”

Actually most Israeli’s since WW11 have been European so their ties to Israel are down to that and not really their policies as Europe makes Palestinians pay for the crimes of Europe.

But the US didn’t give too much of a toss about them until the pre-emptive 1967 strike Israel inflicted on all their neighbours and the slaughter of sailors on the SS Liberty.

Netanyahu’s rejection of a Palestinian State (and his faux resiling from that after the election) plus his commitment to go on building “settlements” on Palestinian land is the clearest indication yet that the Israelis are not, never have been, and never will be, interested in a solution to the problem created by their very existence. Even realising the Zionist dream of a Greater Israel, from the Red Sea to the Euphrates (spelled out many times in official documents) will not lead to peace.

I suggest it is impossible for the Australian government to continue to oppose the creation of an independent Palestinian State. The “two-state” policy the Australian government nominally supported has been irretrievably compromised by Netanyahu’s own statements, as if Israeli policies over the past 69 years were not evidence enough. So one look to Julie Bishop for a clear statement of Australia’s new policy. That’s odd. A stunning silence was the stern reply.

Well no Brihony it isn’t. The US congress will never stand up to the Israel lobby any more that Tony Abbott will. It is one of the underlying calamities of US and our own middle east policies that we will not call the Zionist state out for the racist, bigoted horror that it has become. We would have much more credibility if just once we said “No Bibi you can’t steal anymore land from the Palestinians and have us pay your bills.” There is no difference between what Netanyahu has done in the west Bank and what Putin has done in the Ukraine, none. Yet we (correctly) denounce Putin and immorally smile at Israel.

Thanx for this useful and informative account. It was, of course, Republicans who invited Netanyahu to address Congress during an election campaign against the wishes of the President who is constitutionally responsible for foreign relations, thus managing in 1 act to break 2 conventions of the constitution they claim to be protecting against liberal assault.

So would relations between Netanyahu and the USA be magically fixed if a Republican won the presidency in 2016?

Why after 18 hours is my comment still “awaiting moderation”?