Rupert Murdoch wants to bail his son Lachlan out of floundering Ten. But those pesky media ownership laws are making it tricky ... Please, Ten Network Holdings, put us all out of our misery and resolve this never-ending capital-raising/takeover situation once and for all.

Even since James Packer raided Ten on October 19, 2010, the once-successful network has been plagued by strategic blunders, programming missteps, a revolving door of executives, a billionaire biffo, conflicts of interest, regular capital raisings and continuous media speculation.

Packer paid about $1.50 a share and the stock is today wallowing at 22 cents, although he and co-investor Lachlan Murdoch have a cost price closer to 50 cents after both supported a series of dilutive capital raisings. No dividend has been paid since November 2011, and we’ll see in April if last year’s losses of $3 million a week have been reduced.

The Australian Financial Review’s Street Talk column is often used by investment bankers and takeover protagonists to influence corporate-control situations, and today’s edition was a classic for adding new information to the public debate — information Ten has not told the ASX.

Ten first appointed investment bank Citi in early November last year to assess strategic options and solicit for takeover proposals as it continued to bleed cash and draw down on its $200 million loan from the Commonwealth Bank, which is personally guaranteed by billionaires Bruce Gordon, James Packer and Lachlan Murdoch.

Almost 140 days later, Street Talk today summarises the progress, claiming Ten’s board “has come up with a proposal whereby the company allow pay-TV outfit Foxtel and bidding partner Discovery Communications to inject capital into the business in return for an equity stake. It is believed the proposal, revealed by Street Talk, will take the form of a private share placement”.

Brilliant! Ten can place 15% of its ordinary capital to Foxtel-Discovery without shareholder approval today, and that will bring in about $90 million, assuming an issue price of 22 cents.

But why would Foxtel-Discovery bother to risk this sort of cash when Ten continues to perform woefully and it would be subject to all the instability of those four billionaires — James Packer, Lachlan Murdoch, Bruce Gordon and Gina Rinehart — who would together still own about 34% of the company.

Based on there now being 2.712 billion Ten shares on issue, a 15% Foxtel-Discovery placement would leave the register looking like this:

The top six would collectively own 56% and — just like negotiating with the Senate — if Foxtel-Discovery had only 15% it would need support from three of the next five biggest shareholders to have control.

However, Foxtel is not currently allowed to control Ten because Lachlan Murdoch is co-chairman of News Corp plus personally owns the DMG radio business, so he would be in breach of the antiquated two-out-of-three rule involving radio, newspapers and free-to-air television in any Australian capital city.

With Bermuda-based billionaire Bruce Gordon threatening to block a takeover by Foxtel-Discovery and, according to Street Talk today, offering a separate $70-$100 million investment in exchange for two board seats, any placement to Foxtel-Discovery would probably need to be combined with an entitlement offer under-written by Foxtel-Discovery.

The Foxtel-friendly Lachlan-James-Gina faction could all let their entitlements lapse and go to the under-writer. However, this would be vulnerable to a Bruce Gordon challenge in the takeovers panel if it were designed to give Foxtel-Discovery more control without making a full bid.

The bottom line here is that Rupert Murdoch is looking to bail his son Lachlan out of Ten — particularly the $66.6 million personal guarantee he has given to the Commonwealth Bank — but there is no easy way home.

He can’t do it directly because of cross-media ownership laws and it has not proved easy to persuade both Telstra, a 50% shareholders in Foxtel, and Discovery, which is controlled by savvy US billionaire John Malone, to sign up for a risky uncommercial transaction.

The easiest solution would be for Bruce Gordon to formally ask the Parliament to rescind the 75% “reach” rule — which means no one can own free-to-air television licensees that collectively reach more than 75% of the population — so that he could move above 15% of Ten, take out some of his fellow billionaires and exercise board control.

The alternative is something that only serves to allow the biggest media gorilla in Australia — the Murdoch family — to get even bigger if Foxtel is somehow allowed to influence the running of Ten, especially on the question of sports rights.

It remains a scandal that Lachlan Murdoch was able to become CEO of Ten and then let the AFL rights fall into the hands of a Foxtel-Seven joint bid in 2011 because Ten didn’t even enter the contest.

Now, as we explained in December, Rupert Murdoch is desperately trying to save his son from a financial disaster, which could end up costing him more than $200 million if Ten doesn’t lift its woeful performance. 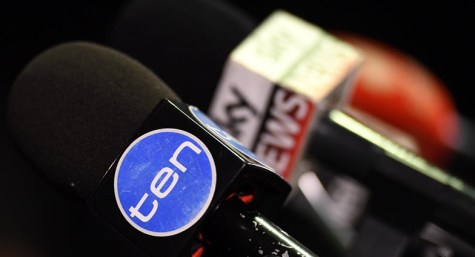 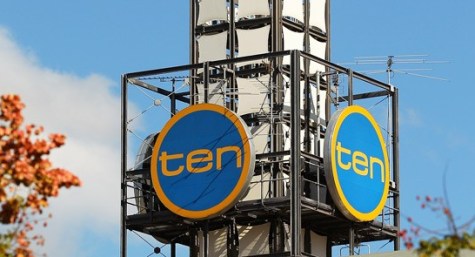 Mayne: conflicts of interest everywhere, so time for new independent directors at Ten