The new chairman of SBS, Nihal Gupta, will come under fire from Labor Senator Sam Dastyari today regarding his donations to the Liberal Party and other matters. Will this be the beginning of the end of a very short tenure? 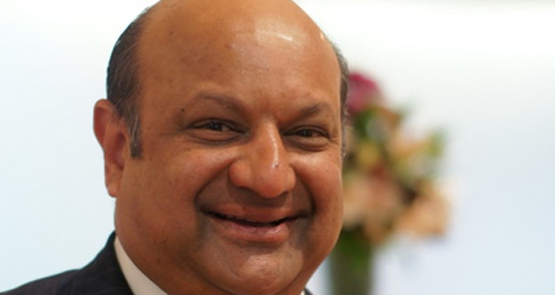 New SBS chair Nihal Gupta prepares for an unusual appearance before Senate estimates this afternoon as Labor tries to pin him down regarding his work history and political donations. The appearance, requested after SBS managing director Michael Ebeid resisted answering questions about Gupta — his ultimate boss — in Estimates last time, is part of a bid to pressure the Communications Minister Malcolm Turnbull into removing Gupta.

Gupta’s appearance at Senate estimates this afternoon is highly unorthodox. At 4pm he’ll be grilled by Labor Senator Sam Dastyari about his previous work history, how he represented himself in his applications for the SBS chairmanship, and what donations he and his father have made to the Liberal Party.

Before every Senate estimates hearing, a preamble is read out by the chair that reminds participants it is an offence to mislead Parliament. Dastyari plans to use this to force Gupta to provide answers to some of the allegations against him on the Hansard record. The Australian has reported that Gupta did not lead a business of 200 workers, as had been claimed upon his appointment, as irregularities surface surrounding his brief tenure as managing director of listed company JCurve. Dastyari hopes to pin down exactly what Gupta’s work history is, and how he represented it to the ABC and SBS independent board-appointment committee when he applied for the position of SBS chairman. The Senator also plans to ask Gupta about his history of donations to the Liberal Party. Gupta’s donations, reported by The Daily Telegraph to be around $5000, are not currently on the public record, as they appear to fall below the $11,000 threshold at which they must be declared to the Electoral Commission.

The goal of the Labor Party is to put all the above on the public record, allowing it to more effectively pursue discrepancies and contradictions, with the ultimate aim of putting pressure on Communications Minister Malcolm Turnbull to force Gupta to resign. Removing the chairman of SBS is a matter for the minister, according to the SBS Act, and can occur if the minister believes the chairman is not performing satisfactorily.

An SBS spokesperson said: “The chair is focused on contributing to the future growth of SBS and is happy to appear before the Senate committee hearing and answer their questions.”

In what could be seen as further turmoil at SBS, a third of the members of SBS’ Community Advisory Committee have elected not to renew their terms, with proposed changes at the multicultural broadcaster raising hackles, Crikey has been told. Former SBS board members Elleni Bereded-Samuel, Jihad Dib and Mick Gooda have elected not to continue on the committee, which works to advise the SBS board on the views of the multicultural communities SBS serves. An email is circulating saying former CAC chair and current SBS deputy chair Hass Dellal, who was on the committee representing the SBS board, has also resigned from the committee, but Dellal told Crikey that wasn’t the case. “All that’s happened is that SBS board members rotate through the subcommittees. I’ve spent two years [on CAC]. I’m still a board member, I’ve just moved on [from that committee].”

Dellal did confirm the departures of the three other CAC members. Some within SBS are saying CAC hasn’t been kept abreast of changes to SBS, such as the proposal to amend the SBS Act to allow ad-averaging — insiders say this has led to some measure of discontent within CAC about their role and ability to meaningfully advise the broadcaster. Dellal, however, says that CAC members are appointed to fixed terms, and of the 10 members, seven have elected to continue with the body. “Most have expressed their wish to continue. The others didn’t because of other work commitments,” he said. Jihad Dib, one of those who have resigned from the committee, is the Labor candidate for Lakemba in the upcoming state election. A new CAC has been appointed and is currently working out its terms of reference. Crikey understands the resignations have all come within the past two weeks.

Another ‘captain’s call’ chapter closes, with Gupta stepping down from SBS

I suppose he’d be paid well – what’s 5 grand for “insurance”?