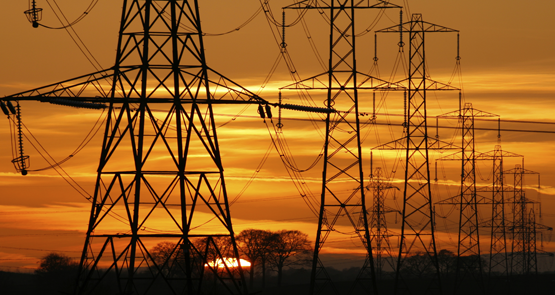 Except this time the boot is on the other political foot: welcome to electricity distribution.

Government ownership of electricity distribution infrastructure is probably the biggest consumer scam happening in Australia right now. Householders in NSW, Queensland and Tasmania are paying far too much for a basic service, to inflate the pay packets of a few thousand workers and Treasury Department budget bottom lines. But those who want to end the rort are demonised by the special interests who benefit from it in a well-organised, well-funded campaign cleverly designed to make it look like the rort is in the public interest.

As Crikey and Essential Report have shown time and again, voters hate privatisation and view it primarily as a means by which public assets are sold for no visible gain and become profitable for private companies that drive up prices, reduce service quality and cut jobs. Telstra and Qantas, in particular, loom large as examples of privatisations that opened the way to gouging and poor service, with Telstra seen as a gouging monopolist and Qantas turned into a discredited shadow of a once-beloved icon. The likes of former Telstra boss Sol Trujillo and Qantas CEO Alan Joyce have much to answer for in convincing voters that privatisation is bad for Australia.

Privatisation opponents and government-owned distributors blame the cost difference on higher reliability standards imposed by state governments that own distributors — which the Grattan Institute accepted had a bearing on costs — but also on growth in peak demand and the comparative age of infrastructure, which it rejected.

The Productivity Commission found that private distributors in South Australia and Victoria had actually been more reliable than distributors in other states. Nor did privatisation lead to more bushfires started by poor maintenance by private companies, as claimed by privatisation opponents, after the PC specifically examined the accusations.

That means the two central claims of privatisation opponents — that it leads to higher electricity prices and lower standards — simply don’t stack up. The problems of electricity pricing are all to do with the inadequate regulatory structures governments have put in place, not whether distributors are government- or privately owned.

Government-owned distributors, however, are more likely to give their (heavily unionised) employees more generous pay and conditions, such as hugely excessive overtime, and are more likely to be subjected to intrusive industry policy requirements like local procurement obligations.

With a strong case for private ownership over public ownership in terms of consumer outcomes, the policy issue then becomes whether the sale process can realise a greater return than the government will earn from continued ownership of the assets. Jeff Kennett managed that in Victoria with electricity privatisation — indeed, the buyers overpaid for assets there — whereas the Labor treasurer in the Keneally NSW government, Eric Roozendaal, is perceived to have botched the sale of electricity retailers in NSW (admittedly, his predecessors Michael Egan or Michael Costa would have sold into much better markets if they’d been allowed to).

This is where the politics of privatisation become problematic from the point of view of good policy. Rather than trying to sell the demonstrable benefits to consumers of privatising electricity distribution, governments now focus instead on trying to convince voters of the benefits that can flow from the sale or lease proceeds. The current NSW government, like the Queensland government that lost office in January, has emphasised the use of proceeds to fund new infrastructure, like former NSW Labor premier Morris Iemma did in 2007. They’ve been encouraged to do so by the federal government via its “asset recycling plan”, in which asset sales will fund further infrastructure investment supported by federal funding.

Unusually, Roozendaal used the proceeds from the much-criticised sale of electricity retailers to pay down debt rather than fund new infrastructure. Roozendaal’s approach was the correct one: if there’s a case for infrastructure investment, then governments should borrow for it, especially if they have a strong credit rating like the NSW government does. There’s no rational reason why infrastructure investment should be linked to the sale of other infrastructure, any more than petrol excise should be preserved for road funding or income tax preserved for welfare. But governments feel the need to demonstrate to voters a tangible benefit from asset sales, as if clearing debt isn’t enough.

Voters also have an irrational attachment to assets in government ownership, even if poorly managed. To short-circuit this, governments have taken to offering long-term leases rather than outright sales, even when the length of the lease — e.g. 99 years — is indistinguishable in practical terms from sale. Even so, leases earn less revenue than sales, undermining the fiscal case for sale. And in NSW, to avoid confrontation with the Nationals, the government has entirely omitted rural distributor Essential Energy from its sale process. It seems not even a strange alliance of interests between left-wing unions like the Electrical Trades Union — which gives hundreds of thousands of dollars in donations to the Greens as well as the ALP — and the Nationals has failed to alert voters to something suspicious happening.

It is ETU members who currently enjoy the protected status of government ownership, at the expense of ordinary consumers, who pay for excess overtime, featherbedding and generous conditions through power bills higher than they would be if Bob Carr and Michael Egan, or Morris Iemma and Michael Costa had moved the sector into private ownership.

For NSW Labor, which itself sold off electricity retailers when it was last in government, it’s not merely policy vandalism, it’s profoundly hypocritical. Conservative politicians may have failed to properly sell the real benefits of privatisation, but Labor has engaged in a cynical exploitation of voters’ ignorance in a way no different from the way Tony Abbott and the mining companies attacked the Rudd government’s mining tax.

Well its a certain point of view, Bernard but you haven’t mentioned the annual $1+ billion revenue that flows back into the Govt coffers, which ultimately contributes to maintaining services etc. Nor have you considered the fact that once private enterprise finds that it has the upper hand, they can basically hold the state to ransom and there is stuff all a government can do.

In relation to the issue of publicly owned operators giving their employees more generous conditions, well that may be due to lack of proper management which needs to be grappled with.

As an advocate of public ownership (not of your irrational kind!), I have problems with the concept of flogging the lot for several reasons, not least of which is, that if Abbot & Co are pushing it, then its bound to be suspect!

Sorry but this is real Jack and the Beanstalk economics. The mob that put the NSW deal together. or one part of that is not directly involved, has asserted it will start costing the State revenue after 18 years. The only winners are the spivs and ticket clippers

what BK appears to have omitted is that disruptive technology has made electricity grid uneconomic. Solar panels, which are subsidised, and sacred to greens & labor. collect energy during peak periods when MR-MC = max profits for grid owners. Solar does not use grid, but wind farms do. this means that Solar equals less transport of electricity divided by same fixed costs & overheads. This means that Solar is highly disruptive in destroying business model of electricity grid. Please include this in your analysis. If you do not then your arguments may be slightly biased.

I am possibly dozey but I don’t like privatisation because in the past we seem to have been sold down the river with decisions to privatise. Why sell stuff that makes money for the govt, that is us!

The first thing that will happen is there will be mass layoffs of field staff as happened when the ALP started messing about. Whereas my power used to be fixed in a few hours, a day and a half is routine. The cut to the bone approach means that if say a storm belt moves through the Blue Mountains and another in the Illawarra there will not be enough personell. As we see in the west. Staff are quickly located to the first site and noone is left. Same as Telstra. fix times went from 2 days to 5.In this case, Keane is talking nonsense.