Professor Glyn Davis is vice-chancellor of Melbourne University and is a professor of political science. He loves the ABC, but says there’s also room for digital upstarts like Crikey. 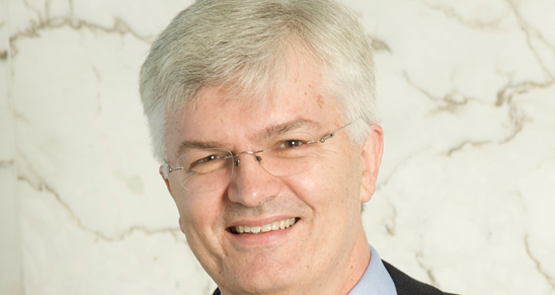 Crikey has asked spinners, pollies, journos and others about the shifting media landscape over the past 15 years. What’s good, what’s changed and what’s next? In the fourth installment of our ongoing Digital Disruptions series, we talk to Melbourne University vice-chancellor Glyn Davis.

How has your media consumption changed from what it was in 2000? Are you better or worse informed? Do you find the media harder to cope with? Do you find it more engaging or interesting?

The key difference in media consumption is the spectacular expansion of choice and, in turn, an undercutting of newspapers as the “agenda setters”.  I still read most publications I read back in in 2000, but supplemented by a welcome expansion of content through other sources. The main challenge is volume, making time to read the things that matter. Filtering is the new media skill, but this is vastly better than a poverty of choice.

Absolutely, every day and for the same reasons as in 2000. However, it is a different experience reading a newspaper in 2015, as magazines have become more important. Publications such as the London Review of Books, The New York Review of Books and the Times Higher Education are the places for the substantive, reflective pieces once found in newspapers. Think too about Griffith Review, Meanjin and the Quarterly Essay, which create large audiences for issues focusing on substantive, topical pieces by Australian writers. Between newspapers and magazines/journals print media are still important and will endure, even as everyone lives a second digital life.

I’m a fan of magazines that help interpret the world — publications such as Prospect, New Statesmen, The Economist and The Monthly. And of course websites such as The Conversation and Crikey!

Is the ABC more, or less important today than it was 15 years ago?

On current trends, the ABC will soon be the only large media newsroom presence in the country. As other media organisations have struggled, the ABC flourishes in a digital age. The ABC is more important in national life than any time since its foundation. This puts a huge responsibility on the ABC board and management, but they are up to the task.

They are a very welcome addition to media choice in Australia. International eyes help us see the world differently. They take us out of the Australian frame. Often they remind us just how parochial we sound and behave. The issue will be the economics of keeping alive local voices amid the economies of scale available to global players.

Journalism in Australia is very lightly regulated, and most journalists and media organisations work themselves into a frenzy whenever anyone suggests tighter or government-funded regulation. Is the journalism industry responsible enough to self-regulate?

Self-regulation will look responsible when media outlets correct mistakes with the same emphasis as the original publication. At present you can slander someone one page 1 but, if caught telling untruths, only apologise on page 19. This is hardly evidence of professional and ethical standards at work.

The inability of tabloid editors to influence recent election outcomes, despite much ink spent trying, tells us that newspapers are in sharp decline. Social media is probably more influential in shaping opinion, and more difficult to corral. The rise of anonymity means people are fighting shadowy critics online rather than newspaper proprietors. Not sure this is much of an improvement, but it is an important change.

The future of “quality” journalism: lots of questions, few answers

I strongly agree with Davis’ point about the commercial media’s claims about self regulation. To his example about defamation I add the media’s gratuitous invasion of privacy.