With his Paddy's Day address, Abbott managed to insult a people who are quite happy to acknowledge that they're drunks. 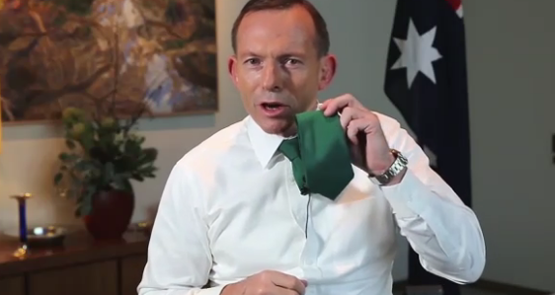 I wasn’t going to pay attention to PM Abbott’s St Patrick’s Day address because it sounded like a bit of a beat-up, but once you look at it, there it is, another, though minor, disaster no non-deranged leader would create.

It’s of interest to your correspondent chiefly because it brings together the three themes that I have suggested allow one to predict an Abbott disaster. Those are, if you recall:

Anyone who didn’t have their head up their feckin arse would surely be able to see that while St Patrick’s Day involves getting bladdered and craic etc etc, the whole debauch is in service to the great idea of Ireland — of a 1700-year Irish civilisation bound by blood ties, land and art, tragedy, oppression and struggle.

The craic is so riotous because the history is bloody serious. Abbott unerringly found the one way to insult a people who are quite happy to acknowledge that they’re drunks. That’s our Tone.

Rundle: the fire-breathing Catholic warrior comes unstuck, as we always knew he would

Rundle: we are watching the throes of a dying govt, and it is so good

Aren’t we going to feel silly when it is revealed that Toady is just a piece of performance art , funded by that great patron of the progressive, Rupert Murdoch. I’m sure that when it is finally revealed, Rupert will finally overcome Betty Windsor’s objection to him getting the knighthood that so richly deserves.

“Does my arse look big in this?” It’s not easy going green.

….. and is that thematic the “Abbott’s Wrecked ’em Scale”?

When I first saw this on YouTube, I thought it was a part of the At Home with Tone satire.

I’m just happy he wasn’t catching potato crisps with his tongue when he made this ad?