NSW voters disenfranchised ... Rudd to give lecture on Chinese conflict ... and there's no better time to offend the Irish ...

You don’t vote with iVote. The NSW electoral commission is expecting that more than 200,000 people will use the electronic voting system iVote in the upcoming election, for which voting opened yesterday. iVote was used in the 2011 state election to give people with vision impairments access to a secret ballot (instead of voting with the assistance of a friend or family member).This year the system will also include voters who can’t make it to a polling place because they live in a remote area or overseas, and they will be able to vote online, over the phone, or using a smartphone app. However, we hear from a tipster that when glitches with the system are identified, the electoral commission has been less than helpful:

“Don’t call the NSW Electoral Office’s iVote hotline for assistance, or you may be asked if you wish to de-register yourself from voting enrolment, because ‘it’s too difficult for you’. This happened to us this morning. We were even more shocked when told that ‘lots of other people have been offered this option and been very happy with it’. How many people with disability have been disenfranchised today? When merely trying to get their iVote number? Voting starts today using this system, but not for those of us who are still waiting for our numbers to come through, or even worse, who had ‘assistance’ in stripping themselves of their right to vote. So much for universal suffrage.”

Conflict or rat fucking? As we hit deadline, former prime minister Kevin Rudd is about to give his first TED Talk, on the topic of the “looming” prospect of conflict with China. The description of the speech refers to Rudd as “Russ” (maybe confusing him with another famous Australian?). It also says “Drawing on a deep knowledge of Chinese culture, language and history (and as a Senior Fellow with Harvard’s Belfer Center), Kevin Rudd and his colleagues study alternate courses for US-China relations that guide us away from a seemingly inevitable confrontation”. Doesn’t mention anything about whether or not “those Chinese fuckers are trying to rat-fuck us”. Maybe that will be in the footnotes. Medical service with no doctor? We hear from a tipster that all is not well in the Western Australian Department of Corrections, where the medical director finished up yesterday:

“Dept. of Corrections WA have determined that the Director of the Prison Medical Service can not be a Doctor. Medical Director cleared her desk today — job no longer exists. Clearly, a bureaucrat will still be in charge of the service, but a medical degree is a disqualification to hold that office. A report being presented to WA Parliament stating the service to be dysfunctional was inaccurate when very hastily written, but widespread redundancies of people with key corporate knowledge may be designed to kill service prior to sell-off.”

We put the tip to the department and were told by a spokesperson, “The Director of Health has not had her position terminated. She has resigned. No report has been submitted to State Parliament saying the Medical Service is dysfunctional.” We were also told that the Department is moving to a new system of healthcare and that would result in a change of roles:

“Clinical care is paramount.  As with any healthcare services provision there is a range of skills required.  Consistent with prison health service leadership in other jurisdictions, the Health Services senior executive will have the skills to administer a diverse health organisation to ensure resources are directed to where they can have the most impact on offender health.  A medical degree is not essential for this role. The directorate’s functions will include facilitating an integrated approach to service delivery, setting policy and standards and improving processes and systems to support service delivery and business effectiveness.”

“I’ve heard the Prime Minister’s comments. He made them. I don’t agree with that. I think that it is perfectly in order for so many Irish people in Australia to have an enjoyable celebration of St Patrick’s Day and St Patrick’s week, and to do so in a thoroughly responsible fashion.”

No one seems to have told Defence Minister Kevin Andrews though, who posted this photo of himself looking lovingly at a can of Guinness to Twitter at 8.40am this morning. Top of the morning to you, indeed. So 2000 and late. You know what was a good year? Perhaps 2002. It also looks like it was the last time the ACT branch of the Liberals updated the “Our history” section of their website. Railing against the Stanhope Labor government, it seems that the last 13 years don’t rate a mention:

Natural is better. The latest (and Ms Tips hopes final) installment of the Pirates of the Caribbean franchise is filming in Australia at the moment, and this callout for extras has made it on to the web. We’re not sure how they check that the actors meet the requirements, but we like that the advertisement is in character, saying applicants “must ave” a specific bra size. 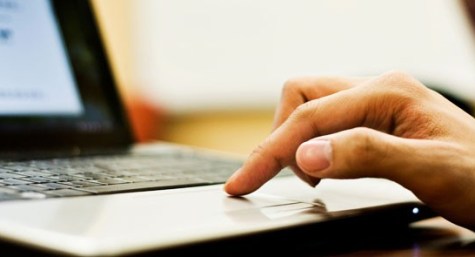 If we have to vote on marriage equality, can’t we do it online?

There are too many serious security flaws with voting online

I am trying to vote with iVote, being oversea, but: ‘Voting using the iVote(R) system has been paused to enable the NSWEC to correct an error on the iVote Legislative Council ballot paper’.

If people had voted before and not been told to rack off and not vote, then it would have been on an incorrect ballot paper???

“Family” entertainment. Only females need apply? What are they going to do. DNA test them? They should ask Rupert Murdoch as he is sure to have plenty on his Page 3 personnel files.

I managed the iVote 24 hours ago with hassle and there are few who could be less computer literate.
I shall try again to see whether it allows me in or has registered my vote but I did get a completion number.