Poll Bludger: Foley gains traction, but can he pull Labor over the line?

While it's unlikely Luke Foley will lead Labor to victory in the NSW election on March 28, he will recover many of the seats the party lost after its devastating defeat in 2011. 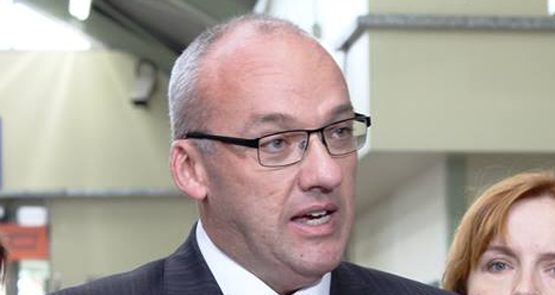 Despite a steady and ongoing trend towards Labor since Luke Foley took over the party’s reins from John Robertson, Mike Baird’s Coalition government appears on course for a modest victory at the New South Wales state election on Saturday week, according to an aggregation of published polling.

Combining results from 45 polls conducted since the previous election, including 10 since Foley became leader at the start of the year, the poll tracker, featured in detail on my blog The Poll Bludger, finds Labor’s primary vote set to rebound by 10% after the unprecedented disaster of 2011, rivalling the improvement that powered Queensland Labor leader Annastacia Palaszczuk to her shock victory on January 31.

But while the devastation Labor suffered in Queensland at the preceding election surpassed that of New South Wales in terms of seats in Parliament, New South Wales was the worse of the two defeats — so far as its share of the vote was concerned — meaning a swing of similar size would not suffice to wear down the Coalition majority.

This appears to be the case on any plausible scenario for minor party and independent preference flows, which were the key factor behind the surprise in Queensland.

On that occasion, the pollsters’ assumption that preferences would behave as they did in 2012 caused their published two-party preferred numbers to exaggerate the Liberal National Party’s standing by as much as 3%.

That hasn’t stopped Newspoll and Galaxy from working off the same assumption in their recent New South Wales polls, both of which have had the Coalition lead at 54-46.

However, the Ipsos polls conducted for the Fairfax papers have consistently featured a separate two-party result based on how respondents say they will allocate preferences, and ReachTEL used this method exclusively in its recent poll for the Seven Network, having concluded it to be the less unreliable method under the optional preferential voting system common to New South Wales and Queensland.

Unfortunately, the two pollsters between them have only made the picture so much clearer. Two polls from Ipsos have reflected the Queensland result in having Labor 3% higher on respondent-allocated preferences when compared with the previous election method, but the distinction in ReachTEL’s case looks to have been less than half that.

Going off previous election preferences, which have certainly had the better form of the two methods in the more stable circumstance of federal elections and compulsory preferential voting, a modelled result of seat outcomes suggests Labor stands to improve by 16 seats from its base of 20 at the 2011 election. Assuming the Coalition doesn’t lose any of its existing seats to independents, that would still leave it with 54 seats in a house of 93.

If preference behaviour was to change as radically as it did in Queensland, Labor would get about four seats closer, which would still leave Baird with a modest majority.

Probing deeper into the published polling, breakdowns from the Ipsos polls suggest the government should be able to keep the correction within manageable limits in Sydney, while facing a severe backlash in other parts of the state.

Its state polls have found the disparity in the swing between Sydney and elsewhere to be in the order of at least 5%. Furthermore, as Antony Green observes, the tendency of optional preferential voting to inflate two-party preferred margins is such that a number of regional seats on seemingly unassailable margins could be more endangered than they look.

Certainly it seems probable that Labor will cut a swathe through the Central Coast and Hunter region, where precious few of the Liberal victors of 2011 have survived the Independent Commission Against Corruption’s probings into local party operators and their endeavours to evade the ban on donations from property developers.

However, a swing concentrated outside Sydney carries a risk that Labor will merely succeed in gouging margins in traditional Nationals strongholds without reeling enough of them in, while seats on winnable margins in Sydney go begging.

Any path to victory for Labor would thus seem to be contingent on two factors.

First, this swing in the regions needs to do more than merely give the Nationals a fright — in particular, the Northern Rivers region triumvirate of Tweed, Lismore and Ballina will probably have to feature in any hypothetical Coalition defeat, notwithstanding their respective two-party margins of 21.7%, 24.3% and 24.6%.

Secondly, Labor will need every scrap of mileage it can get from public opposition to the Coalition’s plan to lease the “poles and wires” from the state’s electricity network to private operators.

The government has notably sought to limit its exposure to the unpopularity of this policy outside Sydney by exempting the rural electricity distribution business, Essential Energy. It should certainly hope this achieves its desired end, as the ABC’s Vote Compass survey has found opposition from respondents in country areas to be at 60%, compared with 55% statewide.

But in the capital, a well-oiled, union-driven campaign over the coming two weeks represents the one clear opportunity for Labor to achieve the decisive momentum that it presently seems to be lacking.