Hillary’s in the hot seat, but Malcolm’s sitting pretty

The American media and public are outraged by Hillary Clinton's decision to use her personal email while she was secretary of state. But when it was revealed our pollies use encrypted messaging, all we got was a collective shrug, writes Crikey intern Brihony Tulloch. 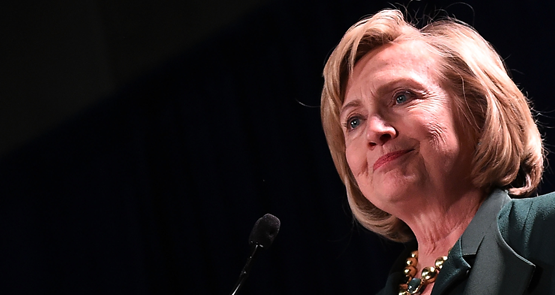 The furore surrounding the Hillary Clinton email scandal has escalated this week with the Associated Press deciding to sue the United States’ State Department in order to force the release of private email correspondence and government documents from her tenure as secretary of state. But when it was revealed that Australian Communications Minister Malcolm Turnbull was using the encrypted messaging app Wickr, the Australian response was a resounding “meh”.

Clinton was quite defensive when Obama senior adviser Valerie Jarrett allegedly leaked to the press details of 30,000 or so personal emails that were sent from Clinton’s private Gmail account while she was secretary of state. US law requires all senior officials to save their emails in accordance with freedom of information legislation. But at a news conference at the United Nations earlier this month Clinton stated:

“At the end, I chose not to keep my private personal emails — emails about planning Chelsea’s wedding or my mother’s funeral arrangements, condolence notes to friends as well as yoga routines, family vacations — the other things you typically find in inboxes … They had nothing to do with work … I didn’t see any reason to keep them.”

But the US public and related government bodies are outraged, demanding that these emails be made public. AP executive editor Kathleen Carroll told The Guardian, “the Freedom of Information Act exists to give citizens a clear view of what government officials are doing on their behalf. When that view is denied, the next resort is the courts.”

“The expectation that we merely trust that Secretary Clinton shared all relevant emails and that the process of vetting the emails was as thorough and unbiased as it should have been is insulting given the Clintons’ well-established history of misleading the American people.”

Or as writer Terry Newell wrote in The Huffington Post: “The real issue is about ethics and character, both much more essential in a secretary of state — and president — than how they handle emails … The character failure came from what she did not say at her press conference. She did not acknowledge that the public has questions about her truthfulness.”

“Hillary Rodham Clinton’s decision when she was secretary of state to use only her personal email account to conduct official business was a disturbing departure from the normal practice of relying primarily on departmental emails for official business.”

But it would appear that Australians do not share the same level of outrage when it comes to their politicians withholding correspondence. Earlier this month, The Australian revealed that Malcom Turnbull and other MPs like Social Services Minister Scott Morrison and Liberal backbencher Alex Hawke had been using the encrypted messaging app Wickr, which allows users to send photos, texts and video with no recorded metadata. Rather than adopting Clinton’s duck-and-weave tactics, Turnbull remained rather relaxed, telling the ABC:

“Probably the least secure form of messaging is SMS or text messaging because the messages are not encrypted in transit and they’re not encrypted on the telco’s server … I use Wickr as an application, I use a number of others, I use WhatsApp, because they’re superior over-the-top messaging platforms.”

But what’s equally perplexing is the lack of public outrage. While people are happily trolling politicians with iMessage texts over date retention laws, very few seemed to mind that Turnbull was avoiding data retention. Although Andrew Street at The Age took a mild swipe at the issue, there were no trending Twitter rants and no official comment from Labor, even with Turnbull baring his political neck. Crikey could not find scathing editorials on the issue in The Australian, the Herald Sun or The Daily Telegraph.

At least some of Clinton’s emails can be retrieved and people’s anxieties satisfied, but Wickr completely erases all data records. Arguably, Turnbull’s could be considered much more serious because they are a permanent cover-up.

Under the Freedom of Information Act, individuals have the right to request documents from Australian government ministers and most agencies. While the definition of documents is broad, particularly in the technological age, the act does include a section that covers “requests involving use of computers”.

“Recently everybody’s concerned about security, so when these apps become cheap, easy and they work, then people who didn’t have security concerns before see it as accessible and believe it’s something they need … If federal politicians believe they need more security, it kind of runs against the data retention argument. The push is that they’re doing this to get around their own data retention regime, and the irony is just extraordinary.”

Perhaps USA is just malevolently prurient, and let’s face it, the right hate the Clinton’s more than Hogwart’s hated Voldemort.

Hillary certainly should have conducted business emails on the govt email account, but most likely they are allowed to sue for all personal communications as well, which most Australians would rightly see as an invasion of privacy.

The fact that the local politicians are using encrypted data and ‘no-retention’ services shows they are rightly worried that the governments data retention laws are an invasion of privacy and an attack on civil liberties.

So the Australian pollies are smarter, and enormous hypocrites.

I won’t hold my breath for legislation that requires pollies to only communicate on data-retention communication channels. That ain’t gonna happen.

Meh… FOI laws in Australia are so outdated, they’re useless. Record keeping in government agencies is so poor, and so much is done to circumvent FOI laws (quick, send it to Cabinet for Cabinet in Confidence coverage!), what’s the point?