Magazine publishers and newsagents have agreed to trial a program to get rid of low-selling magazine titles. 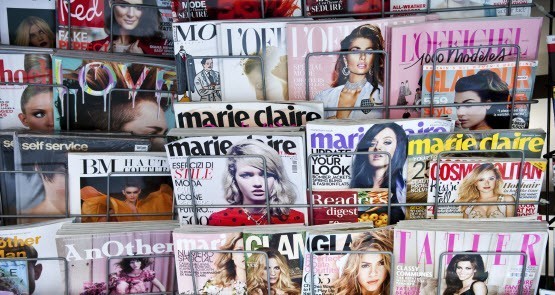 In a move that could end up revolutionising the financially embattled Australian magazine industry, the Australian Competition and Consumer Commission looks likely to approve a trial over the next three to six months — involving 20 newsagents and Australia’s two major magazine distributors — aimed at providing significant cost cuts to both publishers and newsagents. The proposed trial — a form of temporary cartel, hence the need for competition watchdog approval — will try to find a solution to the biggest bugbear for publishers, distributors and newsagents and other outlets: the oversupply of magazines.

In fact, if the pilot program is successful and rolled out more widely, the change to the national magazine market will be radical and could ensure many magazines survive, even though some will be forced out of newsagencies and other outlets. Some magazines would raise their cover prices, and some underselling magazines could disappear.

Newsagents have long complained of problems caused by the oversupply of magazines. Publishers have an incentive to oversupply newsagents to avoid losing display space to competing publishers’ titles, and distributors have an incentive to oversupply because they have been paid on a per-copy basis. Newsagents have generally been required to accept less popular magazines in order to also get the bestselling titles that every newsagent needs to stock.

“The pilot will test whether the proposed arrangements will address longstanding problems for newsagents from the oversupply of magazines. Most newsagents are small businesses which bear significant costs in dealing with a large volume of magazines that they can’t sell. These arrangements are a first step towards addressing these issues.”

The ACCC says that under the pilot scheme, newsagents will be required to stop selling a magazine if it hasn’t sold a copy for consecutive sales periods at that newsagency. Newsagents will have to:

“… limit the number of copies of each magazine title to a certain percentage above the number of the title generally sold by the pilot participant; in most cases not require pilot participants to provide returns of full copies of unsold magazines, but instead accept front covers, headers etc as evidence of unsold copies; adhere to certain restrictions on the redistribution of issues which have already previously been distributed, to the distribution of new magazine titles, and to split deliveries of magazine issues during the period the issue is on sale.”

And finally, newsagents will restrict the display of magazines for sale to 12 weeks, except in certain circumstances.

Naturally, the newsagents’ industry group, the Australian Newsagents’ Federation, supports the move and says it will help improve the financial viability of many outlets that, at present, bear all the costs associated with the sale of magazines.

Magazine publishers and distributors will also benefit from low production costs and lower labour and distribution costs, especially where the return of unsold magazines is concerned. Publishers will be better placed to align demand to print numbers, lowering costs and the use of paper and printing press time. Cash flows for both publishers and newsagents should improve, while consumers will still have magazines available. Distributors however could face cash-flow problems form having fewer magazines to distribute and handle. Their costs could also be reduced by shorter delivery runs and fewer trucks, but distributors could ask for higher payments from publishers, who may respond by lifting the cover price of magazines.

Faced with falling sales and weakening ad revenues, getting savings from distribution and retailing is perhaps the last significant area of cost-cutting for Bauer, NewsLifeMedia, Pacific Magazines, and Fairfax Media’s magazine arm (which is not part of the pilot program). Some of the pressure will fall on smaller publishers with few (or single) titles. They may object to whatever follows the pilot program, especially if their magazines are excluded or subjected to the proposed rules covering low-selling titles.