The media's belated discovery of the threat of mass surveillance has left Labor with a dilemma on data retention, Bernard Keane and Glenn Dyer write. 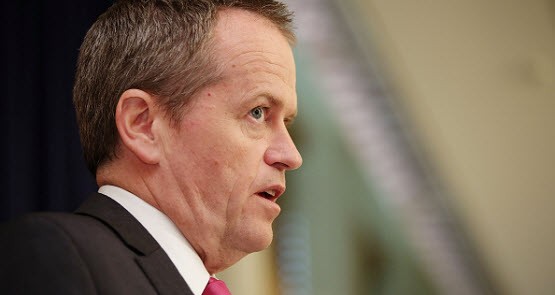 What a mess data retention — until recently on track for passage through Parliament with bipartisan support — has suddenly become.

The media awakening to the threat data retention poses to journalists, whistleblowers and their sources continues apace. On Saturday, Australia’s most senior political journalist Laurie Oakes slammed the government’s proposed mass surveillance scheme for its impact on journalism. Attorney-General George Brandis was already working last week to try to assuage media concerns about the bill; you can bet the Oakes column caused almighty consternation in both the Prime Minster’s Office and Brandis’ office, run by former chief spook Paul O’Sullivan.

And on Friday, the CEOs of the major media companies are due to go to Canberra to talk to the Joint Committee on Intelligence and Security about protecting journalists’ sources from data access requests.

According to sources at two of the big media companies, Brandis has underwhelmed in his efforts to mollify the media. One concern is that the data retention laws will let outfits like ASIC — the discredited corporate regulator that has been added to the list of agencies that can access retained data — and crime commissions snoop around media email and website search traffic. As one executive said, “it is just a wholesale expansion of criminal investigatory powers [that] 20 agencies can access — the government says reduced from 80, but so what? ACCC, ASIC they can all have a go.”

Investigative journalists are particularly in the firing line. Another executive made the point that Fairfax’s Kate McClymont could have been shut down by Eddie Obeid using the laws, while The Age’s gun investigative team, Richard Baker and Nick McKenzie, would have likewise found their reporting and probing stifled by aggressive searching of their metadata by some of the government departments and ministers they have embarrassed over the years. And aside from journalists, there is no discussion of preserving legal professional privilege, important for all companies, including the media.

Brandis has also relied heavily on Australian Federal Police commissioner Andrew Colvin to convince media. Apart from the pros and cons of using a serving police officer for political purposes, did no one in Brandis’ office stop to wonder whether it was a good idea to have the head of the police force that had been forced to apologise for raiding the Seven Network last year telling the media what to think? Not to mention Colvin’s spectacularly poor judgement in admitting that data retention would be used to do the dirty work of the copyright cartel on file-sharing, rather than going after “serious” offences.

The media companies wonder why Labor and Opposition Leader Bill Shorten are not standing up for civil rights in this case. Labor, in its eagerness to avoid being wedged on national security, has now created a problem for itself: all of a sudden the media have woken up to the threat of data retention and want protection from it (most likely via a judicial warrant requirement for efforts to identify journalists’ sources, as per the UK model) but it is likely to be the Greens, who will seek to amend the bill this week, not Labor, which is formally committed to the JCIS process.

Complicating the matter is that if Labor changes its mind now and agrees to support amendments to the bill that will protect journalists’ sources, it will be breaking the deal hammered out within JCIS between the government and the opposition — back the bill as amended by the committee, and the issue of sources will be handled by the inquiry. The government will feel betrayed if Labor welshes on the deal, and whatever the merits or otherwise of data retention, it will have every right to feel that way.

It would have been better for all concerned if the media and its heavy hitters had woken up to the threat of data retention earlier than this — but then, it’s not as if JCIS didn’t give them ample opportunity to do so. The JCIS inquiry into access to data identifying sources is supposed to run until June. It might be awfully convenient if it issued a preliminary report recommending the current bill be amended.

That would protect journalists and their sources. But not politicians themselves. And not lawyers. And not doctors, or anyone else who routinely relies on confidentiality to do their job. And not ordinary Australians, for whom mass surveillance is also a threat. Still, politicians are scared of the media in a way they’re not scared of other professions, or of voters.

“The media and it’s heavy hitters” – that mob of elitists that don’t give a toss when this government screws us, but woe betide if they try to screw them; that largely self-censoring troop more intent editing what we get to see, and what we don’t get to see of any embarrassing nature to their Limited News Party (and if they can’t sit on that, remind us of “how much worse Labor was/is”) – so busy wiping Toady’s PR arse they couldn’t see where they were going?
And where do we get “investigative journalism” any more in msm? The Hen dentist?

This is exactly who these laws are targeting in the first instance. If Labor lets it through without a yelp then the MSM have sleepwalked right into it. Not that it would make any difference, investigative journalism is pretty much dead.

Don’t expect anything from Shorten’s Labor. When it comes to those critical issues like data-retention, they are bok bok bok bok bokarrrrk bipartisan right up the kyber of good ol US of A.

I doubt they’ll pull the rug from underneath the Libs. Tony and Bill are holding hands on this one.

the “timing” of mainline media’s wake up to “data retention” is likely to be strategic as well; another distraction … like the recent announcement that the narcissist had an “idea” which is to destroy remnant media ownership “laws”. contrary to mediatised opinion, this is already just IPA directive 27 “Eliminate media ownership restrictions”[http://blogs.crikey.com.au/theurbanist/2013/04/11/is-tony-abbott-the-new-gough-whitlam/] 90% of AU mainline is “owned and censored by”(sic.) Murder & Flufax. this is already the result of a long line of NLP striving for Total Information. data retention is corporate-totalitarian, unnecessary, unproductive and another series of cost increases and taxes … benefitting whom ? well, wealth extraction is the function of the NLP, so Australians won’t benefit; “Australians benefitting from” this fascist claque would be unwanted, irrelevant, and futile to expect … what everything points to is chaotic incompetence; this is probably not wrong, but they are all just ants under the corporate boot. cap in hand to WDC, how could ALP refuse a very clear directive to destroy or be destroyed ? nevermind the quaint notion of “loyalty”. as usual, there is hardly a murmur from L*bor about anything … there is one mildly amusing angle to this : the duopoly p*liticians all get their information from Murder, and it all turns ugly for them when the real world gets to respond : )

Welches not welches or don’t you have spell check or editor.