Nats turn on Libs as NSW election draws near

The Nationals are strongly opposed to the key policy of their coalition partners. What will that mean for their election chances? 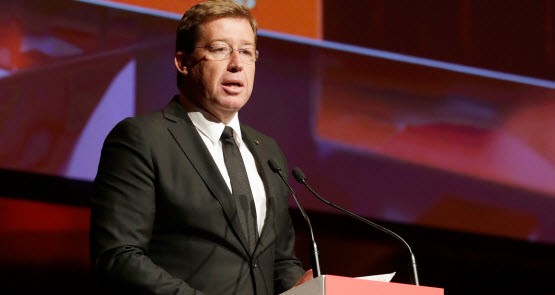 For the first time in living memory, the Liberals and the Nationals in the New South Wales Coalition are offering two opposing policies at a state election.

Premier Mike Baird’s Liberals want to lease 49% of the electricity network’s “poles and wires” to a private operator for 99 years.

They have listed TransGrid, Ausgrid and Endeavour Energy, the three operators covering Sydney, Newcastle, Wollongong and the Blue Mountains, to be sold into private leasing arrangements for $20 billion to finance Rebuilding NSW infrastructure.

On the other hand, Deputy Premier Troy Grant’s Nationals resolutely oppose any sale of power assets in their regional stronghold. Central to their manifesto is keeping 100% of the rural distribution network, Essential Energy, in public hands.

At yesterday’s campaign launch, in his own safe seat of Dubbo, Grant accused Labor of running “the mother of all scare campaigns” against the proposed partial lease of 49% of the distribution network and gave a commitment to retaining “100% of country poles and wires in public hands”.

Baird and Grant are both trying to paper over their differences on the future of the electricity networks in the interest of Coalition “unity”. However, voters are asking: if it is such a good idea to keep distribution networks in public hands in the bush, why don’t we keep city networks publicly owned as well?

In a country election broadcast last week, Grant tried to explain the different views within the Coalition: “The Liberal Party wants to lease them out … In the Nationals, we weren’t so sure and we were particularly worried about how a private company might handle blackouts in remote areas.”

The sale of power distribution assets isn’t the only sharp point of difference between the Coalition partners. The other is coal seam gas (CSG) exploration and extraction.

Western NSW Nationals, the so-called “freshies” whose constituencies cover the mighty inland rivers such as the Murray, Lachlan, Murrumbidgee, Barwon, and Namoi, are elected as parliamentary custodians of the rich soil plains and the underground reservoirs of water.

But their electorates have been stormed by gas miners anxious to make a fortune from gas, controversially called the “world’s new clean energy”.

Coalition tension arises from the fact that city-based Liberals belong to the gas industry’s cheer squad and want to establish NSW as the country’s foremost producer for the overseas and home markets.

Most National MPs, whether they are “freshies” or “salties”, are playing a double game with voters, voicing opposition when they are back home but supporting the Liberals in Parliament in Macquarie Street.

A blowtorch was put to the Nationals’ underbelly last week by Dame Marie Bashir, the former NSW governor hailing from the outback town of Narrandera, who called for an end to the destruction of farmland by mining and gas industries.

“I couldn’t be more passionate about a cause than this one,” Bashir said. “We must do something to protect our food-producing land. This is a crisis, disguised though it is. The sale of our farmland, the destruction of our farmland, must stop.”

In the past, Bashir’s candid message was one that the “old” Nationals of the Country Party variety would have welcomed and understood. But decades of coalitionism have turned the NSW Nationals into little more than a rural arm of the Liberals, a situation that new leader Troy Grant is attempting to reverse.

Labor is unlikely to make electoral gain from Coalition turmoil over CSG and power privatisation.

As Roads Minister Duncan Gay told delegates at Sunday’s official launch, the former ALP government handed out CSG exploration licences “like lollies”, while its newly acquired anti-privatisation policy is “like Hannibal Lecter lecturing you on the virtues of being a vegan”.

A marriage made in heaven. North Shore Nåzis and Rural Communists.

A vote for the “Let Them Eat Coke-a-Coal-ition” is a vote for “expanded privatised CSG”.

Sorry to get technical but what about IPv6? Once that’s in place the number of individually addressed devices will explode. Conceivably, every electrical device you have will be identified. How much more detail will Government agencies then be able to divine about us? How much more storage will be required to store all those address records? I’d like to ser George & Tony on national media answering questions about IPv6.

Ian, I think you have the wrong thread. Not to worry – people should know what you mean.

Anyway assuming all those devices are household eg., fridge, washing machine, vac, garden hydration systems, “internet of home things” – while they have their own internal IP address assigned by your router, Network Address Translation (NAT) ensures that they are identified by only the IP address assigned by your ISP. So while they are invisible to the outside world, the sites they connect to won’t be. In effect you can have a multitude of devices sharing the same IP address as they are sharing the same internet connection.

IP6 while coming online now is still a fair way from universal use and the same NAT rules would apply as they currently do to IP4.

I should have added if you use a VPN that is secure from DNS and webRTC leaks or a proxy then that is the only connection IP that is available to be recorded.