Guess which columnist has descended to poking fun at foreign-sounding names. And other media tidbits of the day.

Schoolyard tactics. From Tim Blair’s column in The Daily Telegraph today. Because it’s hilarious how those from different cultural backgrounds have weird-sounding names. And we’re sure nothing makes a marginalised group feel more included in Australian society than having prominent opinion columnists launch cheap shots like this: 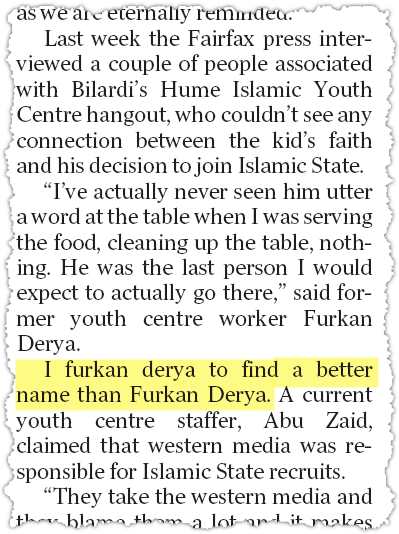 Seinfeld still a money-spinner. Seinfeld is one of the most syndicated of all US TV programs (though not as much as MASH). Syndication in the US means the program’s rights are resold for, say, five years. A program has to be in production for a minimum period — say, eight or more seasons. Since it stopped in 1998, Seinfeld’s syndications have earned Sony and the two producers, Larry David and Jerry Seinfeld, an estimated US$3.1 billion, making it the most profitable 30-minute show on TV. Friends is another big earner, along with the various Law and Order programs.

But one area Seinfeld hasn’t conquered is the internet. Specifically, streaming video on demand (SVOD), the hot-to-trot TV format of the moment. But that is about to change, with US reports at the weekend revealing Sony Pictures Television is in advanced talks to sell Seinfeld to an online video service, and expects to have a deal wrapped up in the next few weeks, people familiar with the situation said. Rumoured bidders include Hulu, Amazon and Yahoo Inc. Netflix — the SVOD leader — apparently looked, but didn’t pitch, according to the US reports. The cost? Well, more than half-a-million dollars an episode, according to the US website Deadline. There are 180 Seinfeld episodes, so around US$100 million or more. Handy money for all concerned. — Glenn Dyer

Nine bumps cricket to Gem. The Nine Network has once again shown its contempt for Australian cricket fans. This Friday, Australia plays Pakistan in the World Cup in Adelaide in a day/night match. The first session is on Nine’s main channel across the network, and the first hour of the evening session is also on the main channel. But, at 7.30pm, Nine starts its coverage of the night’s two NRL games on the main channel in Sydney and Brisbane, and the World Cup cricket switches to the Gem digital channel. Now, why is that? Surely, Australia, a team which represents the country, is a bigger deal than two games from the third round of a long NRL season? For one night alone, the NRL games could go on Gem in Sydney and Brisbane. But no the game with the greater national appeal is pre-empted for two games of a regional football code. No wonder Foxtel and News Corp want the sports anti-siphoning rules dropped.

Sometimes Nine makes it easy to believe the arguments coming from the Murdoch clan and its courtiers. Nine people say it’s just as easy to watch the cricket on gem as it will be on the main channel, but that’s not the argument. The argument is that cricket is the country’s national sport and Nine has not been backward in capitalising on that when it comes to cricket in the summer, especially the Ashes. The problem for Nine is that it is freeloading (relatively speaking) off the coverage on Foxtel, which has the rights to the World Cup coverage partly because the originating network is Star in India, which is owned by the Murdoch clan’s 21st Century Fox. Their coverage has been variable, with odd graphics, odd camera angles and shots, and the occasional drop in audio and vision (on the Australian games). Despite what Star and the Murdoch clan might think, the World Cup coverage would have benefitted from Nine’s more professional coverage and its higher standards. — Glenn Dyer

AFR feels some love. The Australian Financial Review‘s notoriously clunky website has finally been given a facelift. Editor-in-chief Michael Stutchbury tells readers the redesign has been two years in the making.

“The new afr.com will provide a better viewing experience across all your devices,” he wrote in an editorial. “With a new clean design, not only is the site faster than ever before, it will enable you to access our content more quickly and conveniently with stronger images, video and interactive features to accompany our world class journalism.” 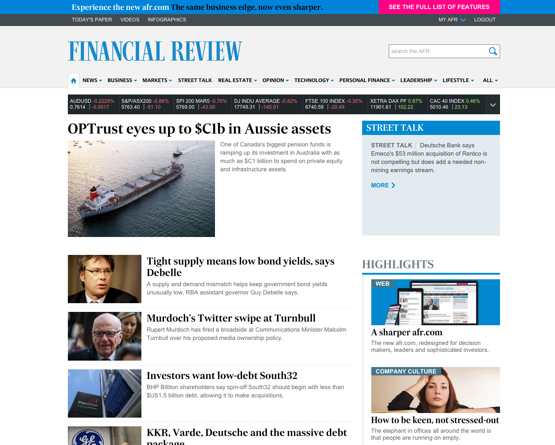 Front page of the day. Time puts Clinton on the cover, and appears to give her horns … 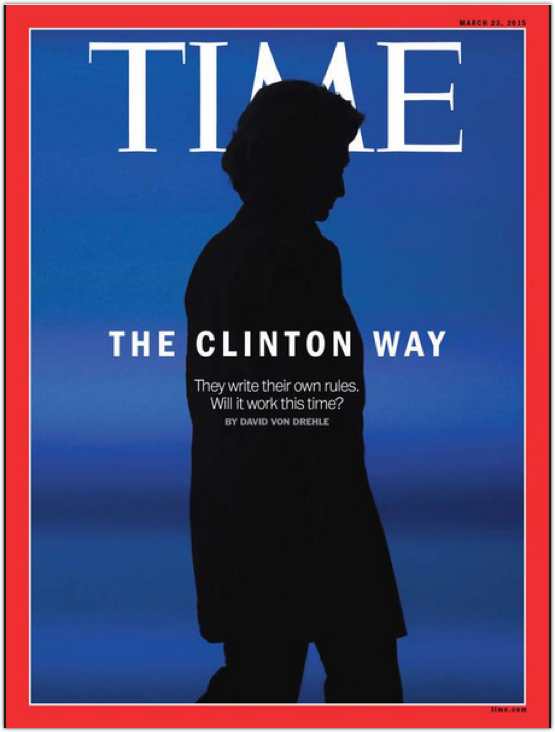 Time has addressed the issue in a blog post, saying it’s just what happens when a figure bumps up against the bottom of the “M” in their masthead. “Any resemblance to cats, bats or devil horns is entirely coincidental.”

The young and very rich — a list fraught with the perils of spin, bubbles and pop

‘Stupid is as stupid does’: does Joe Aston have a legal leg to stand on? We asked an expert

Cant understand Glen Dyers logic vis-a-vis the cricket on Nine. Just because Nine moves the coverage to GEM it should be taken off them and left solely to Foxtel. Thats going to really increase the viewership of the national game isn’t it. Not everyone has foxtel. I for one refuse to give newscorp a cent of my money so don’t have it. On the other hand I love watching sport on Gem as its a high definition channel and I can’t understand why all Nines sport coverage isn’t on it.