Luke Foley is hoping the electorate will have forgiven Labor for previous sins during the past three years But his "new approach" still has a lot of the old approach in it. 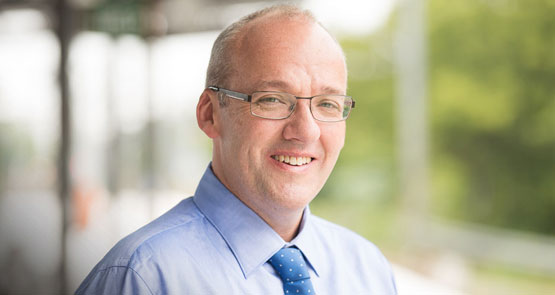 NSW voters are being asked to believe that the Labor Party has reformed itself and is now fit to return to office after one term in opposition.

Its campaign slogan, “A New Approach for NSW”, captures the image that new ALP leader Luke Foley has been trying to sell since his elevation to the top job in January. With voters going to the polls on March 28, it’s time to ask: is it working?

Elections are won or lost by the mood in the electorate, and there are two basic moods: either a majority of voters are content to stick with the government for another term or they feel it’s time for a change to “the other lot”.

Unfortunately for Labor and Luke Foley, the anecdotal and polling evidence is that NSW voters don’t believe in a change of government — not yet.

Premier Mike Baird, who succeeded Barry O’Farrell less than a year ago, is liked and trusted by the electorate. To a large extent he is living off the achievements of his predecessor, who unleashed a practical infrastructure program that has transformed public transport and re-energised the capital.

And under new Nationals Leader Troy Grant, MP for Dubbo and Deputy Premier, the neglected regions of NSW have been given access to more equitable funding, and the Nationals’ seem set to retain their 19 seats.

It was probably too much to ask Foley to sanitise, deodorise and disinfect NSW Labor in a three-month renovation before the election. But he is entitled to a 60% mark for effort.

Liberal campaign convener Anthony Roberts, the Resources and Energy Minister and a former John Howard staffer, believes Labor’s “New Approach” slogan has failed because of Foley’s own background with and attachment to the ALP’s Sussex Street machine.

“There is nothing ‘new’ about Labor,” he told Crikey.

You only have to read the list of candidates to see the glaring presence of “old” Labor. Sitting Wollongong MP Noreen Hay won preselection with the furious backing of head office.

If they lose a second time, there is always the opportunity to slot into the NSW Legislative Council, or upper house. Who said the “age of entitlement” is over?

Labor’s candidates are a long list of political staffers, union employees or the relatives of former MPs. It recalls a statement by the late Gough Whitlam: “I wouldn’t get preselection in today’s Labor Party. I’m not a relative of a politician, I’m not a staffer, and I’m not a trade unionist.”

However, there are some bright lights among the candidates, thanks to the persuasive powers of Foley and party general secretary Jamie Clements.

Their fate depends on the size of the swing Labor can generate against the Coalition. So far their targets have been electricity privatisation (which Labor repeatedly tried in its 16 years in office), coal seam gas exploration and extraction (Labor sold licences like takeaway pizzas), and “scare” stories on health and education taken from Sussex Street’s story book of election campaigning.

The Foleyite “luvvies” are giving Labor an additional 20 seats but I suspect they are experimenting with Mike Baird’s medical use of cannabis before it passes through Parliament.

All very good, but I am would like to hear what the Libs have actually done that “unleashed a practical infrastructure program that has transformed public transport”.

Don’t Baird Liberals get their funding from the same pool as the Feds under Abbott. Aren’t they also subject to Higginsen’s concerns re governance of the Liberal Party of Australia? Don’t they also need disinfection?

Alex – you are back to your biased ways again!
Just about everything you have written applies to the Libs as well, but we don’t get to hear about them from you.
Regarding the Labor Party trying to privatise electricity “for the last 16 years”. Isn’t it great that they are the first to wake up to the fact (this election), that the voters don’t want a bar of it. However, the Libs are slow learners – privatisation of electricity is one of their main policies.
I hope they pay dearly for this, because if they do not, it will be the voters who will pay double for their electricity. Careful who you vote for on March 28th!!!

ugh … DUOPOLITICS … what’s with that ? or how about re-presenting an NLP line against the ALP ? it’s lost on me …

what about the Nationals attempting to GAG the Greens by taking a Candidate to court for speaking out against Coal and CSG ? ooh, no you can’t do that talking about what’s really happening shit …

” … Greens MP Jeremy Buckingham is being sued. He’s being sued by the former Leader of the National Party Andrew Stoner because he spoke out – loudly – against coal, the Liverpool Plains and coal seam gas.

It’s not a coincidence that Jeremy is being sued just weeks before the NSW State Election.This is a cynical, political attempt to stop Jeremy, and the Greens, from talking about coal seam gas.

We won’t be silenced.

The coal seam gas documentary ‘Frackman’ is touring NSW. It talks to landowners, farmers and members of our community who are concerned that CSG is threatening some of our best farming land and water supplies.

We need to fundraise $5,000 by COB today to pay for advertising slots at the ‘Frackman’ screenings at the Byron Film Festival and spread our message online.

Jeremy’s role as a Greens MP is to speak up for his community. The simple truth is that the National Party was complicit in the destruction of some of the best farming land in this country – and Jeremy spoke up against it.

That’s why they’re attacking him.

Thank you for taking a stand,