How to cover international news without paying (much) for it

Foreign coverage is expensive. From fixers to freelancers, former foreign news editor and academic Colleen Murrell tells Crikey how Australian media organisations are trying to make it less so. 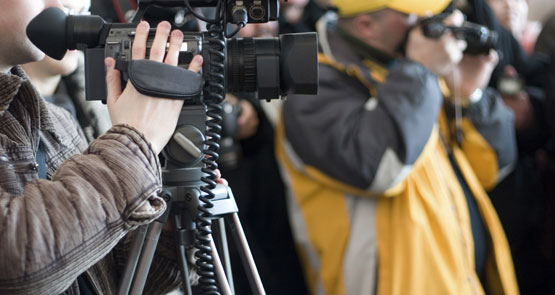 For decades, the BBC World Service has provided the gold standard in English-language foreign reporting. But the World Service sounds different these days. Turning on the wireless, you won’t necessarily hear the plummy, mellifluous tones of the “BBC accent”. Many of the service’s reporters are now hired to report on their local communities, instead of being flown over from the UK.

Having locals reporting on their local communities is cheaper, and arguably provides viewers and listeners with a more nuanced understanding of the events they’re learning about. The greater use of local journalists, initiated as part of the shakeup of the BBC’s foreign coverage in 2011, first rolled out to areas like Nigeria, Mexico, Indonesia Kenya, Cuba, and even, controversially, to Baghdad and Islamabad. It’s a model Australian viewers will have to get used to.

As part of the reconfiguration of the ABC’s news coverage, prompted by government funding cuts announced in November, the ABC has closed down its New Zealand bureau while adding a permanent correspondent in Beirut. The ABC’s 11 foreign bureaux were supplement by major hubs in Washington, London, Jakarta, while bureaux in Tokyo, Bangkok, New Delhi and Jerusalem were converted to home-based operations in which a journalist works with a local producer. The ABC also announced in November it would be making greater use of video journalists, or VJs, who are journalists sent out to report without a dedicated camera operator — they set up and film their shots on their own. It’s also understood the ABC will use a network of freelance correspondents, who’ll supplement its coverage in areas where it has no dedicated reporters stationed.

Colleen Murrell, a former foreign news editor and now journalism academic specialising in foreign coverage at Deakin University, says the greater use of freelancers poses risks, but it is part of a global trend of media organisations scrambling to provide in-depth foreign coverage on the cheap.

There are several strands to this approach. Print publications can rely on wire agencies to fill pages while a unique angle is found. Wire agencies are generally comprehensive, but reliance on them leaves a publication with exactly what everyone else has.

VJs offer another option. Television teams have been getting smaller for decades. It was originally common, Murrell says, for journalists to leave the studio in groups of three — a reporter, a camera operator and a sound recorder. The sound technicians were the first to go. And these days, it’s not uncommon for journalists to operate without a camera operator. For rural reporters, it’s been the model for years. It poses extra risks when reporters are operating abroad, in unfamiliar environments, but it is increasingly becoming the norm everywhere.

By increasingly using VJs, Murrell says, the ABC, which has briefed her on its international news-gathering plans for the next two years, is saving money to put into a budget for reporters’ travel costs. “The ABC is also building a global network of freelance contributors,” she said. “Some will be former ABC employees.”

And of course, there’s the use of fixers. Fixers are locals who make money from helping foreign correspondents navigate countries they’re unfamiliar with. They can act as translators, set up interviews, and help journalists stay safe. Occasionally, they can even be the ones bringing the stories to reporters — they keep their ears to the ground and can tip off Western news organisations about what’s going on.

In Indonesia, Murrell says, the commercial Australian TV networks have been keeping fixers on retainer for years. When they’re not showing foreign journalists around, these fixers go to the police stations and courts every day to find out if anything interesting is happening. If it is, they tip off the news organisation paying them, and the organisation will send out a reporter. “You need diligent people behind-the-scenes to be aware of what’s going on,” Murrell said. “And that wouldn’t happen if they weren’t on retainer.”

And then there are freelancers, to pick up the slack.

It’s a cheaper way of covering foreign news, but it is riskier, Murrell says. Like VJs, freelancers often work alone, leaving them more exposed to intimidation and violence in conflict zones. And because they’re paid month-by-month on the strength of their stories, they have an incentive to take greater risks than a traditional correspondent. “They need to take risks to get the story commissioned,” Murrell said. “Someone who’s on staff might take a more measured approach.”

Will we see a day when there are no Australian voices telling us what’s happening overseas, with foreign coverage only provided by local journalists? Murrell is sceptical.

“In the future, I don’t think we’ll have the same smattering of bureaus we’ve had before. But we’ll still have big names travelling to big stories. They’ll be parachuted in … Audiences do expect to be told a story through a recognisable reporter from the organisation. That helps them feel they’re not getting spin, or a localised version of that story. It’s about what someone like you or me would find if we went there.”

An earlier version of this story described Murrell as a former foreign correspondent. She was a foreign news editor for a decade, but not a correspondent. The piece above has been corrected.

Cost of the cuts: What the ABC and SBS are losing