The Abbott government has decided it's going to give a handout to the car industry after all. Crikey takes a look back at some previous broken promises from a government with a very flexible spine. 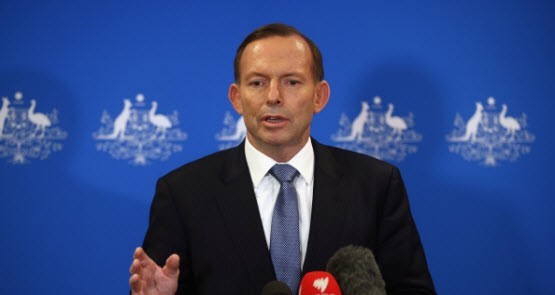 The beleaguered Abbott government chalked up another humiliating backflip on Tuesday with the announcement that, contrary to both pledge and ideology, it would continue to coddle the collapsing car industry in Australia until the end of 2017.

Trying his best not to make eye contact with a baffled public, Industry Minister Ian Macfarlane defended the decision by pointing out that there was “a level of uncertainty” in the industry that was “concerning the government”, which is a bit rich coming from a government that spends so much time spinning in the breeze it’s making our coal magnates nervous.

After the slow death (and obligatory burial and then cremation) of the GP co-payment and a hasty retreat on ADF pay, what began as a brisk barnacle scrub is threatening to scrape a hole straight through the hull. Always happy to watch a captain go down with his ship, Crikey takes a look back at some of the political gymnastics that our “no surprises, no excuses” government has gone through since 2013.

Paid parental leave
Promising prospective mums 26 weeks of paid parental leave at their actual wage — plus super — doesn’t seem like a measure that would be unpopular with voters. Unfortunately for Abbott’s signature policy, this fairly transparent attempt to cast off accusations of misogyny and sleaze met with nothing but criticism — even within his own party. After months of disastrous polling and rumbles from the neglected backbench, Abbott finally cast aside his most treasured policy in an address to the National Press Club in February this year. An embarrassing backflip — and another promise broken.

ADF pay rises
When controversial Tasmanian Senator Jacqui Lambie announced she would not be supporting any government legislation until the government lifted its game on Defence Force pay rises, the government’s response echoed Lambie’s own outspoken views on national security — we do not negotiate with terrorists. Last week’s announcement — that the revised pay rise would be ever so slightly above the rate of inflation — has reportedly done nothing to satisfy Lambie’s demands, and shown just how desperate Abbott is to get an increasingly hostile Senate onside.

No cuts to the ABC and SBS
Although Abbott was no doubt familiar with the saying that you should never pick a fight with someone who buys ink by the barrel, it’s possible that our straight-talking leader took the aphorism too literally for his own good. Appearing on the ABC on the eve of his election, Abbott’s clear statement that there would be “no cuts to the ABC or SBS” were later to be replayed ad nauseam as he slashed $254 million from the ABC’s budget over five years. After months of denying any discrepancy between word and action, Abbott finally admitted that voters shouldn’t bother adjusting their sets — reality was at fault. “On the subject of broken promises, I accept that what we are doing with the ABC is at odds with what I said immediately prior to the election,” he told the press, hastening to add that twisting your way out of pre-election pledges was just another trademark of “sensible governments”.

No tax increases
Proving that a tax by any other name still smells like bullshit, the Coalition’s Temporary Budget Repair Levy Bill flew in the face of Abbott’s assurances pre-election that “the only party which is going to increase taxes after the election is the Labor Party”. The reintroduction of fuel excise indexation and the GP co-payment announced alongside it in the May budget met with similar howls of derision — enough to doom the latter to an early cremation.

Repeal of 18C
Repealing Section 18C of the Racial Discrimination Act formed the centrepiece of Tony Abbott’s attempt to rebrand himself from the hardline Catholic conservative who couldn’t keep his ideology out of your private life to the Freedom Crusader battling big government and threats to freedom of speech. Announced at the Institute of Public Affairs’ 70th anniversary dinner in 2013, this pledge floundered in the face of public opposition and met its end when the government realised it had to give the Muslim community some gesture of goodwill to make up for all those snarky “Team Australia” comments.

No changes to university funding
Despite his best efforts, this is a promise that Education Minister Christopher Pyne just can’t seem to break. Despite telling The Australian back in 2013 that he didn’t plan on proposing any changes to university funding and pricing arrangements, Pyne has spent the last year and a half campaigning for the most dramatic shake-up of the tertiary education industry since the establishment of HECS. As of this article, he has yet to find crossbench support for his grand design of deregulation in the Senate — but not for lack of trying.

Fixing the budget
This, without a doubt, was the promise that lay at the core of the Coalition’s campaign for government. Perhaps more than Labor’s bloody civil wars, it was this commitment — that a government led by Abbott would roll up its sleeves, slash its predecessor’s ballooning debt and return the budget to surplus — that won votes in 2013. At his campaign launch speech, Abbott pledged that his government would be well on its way to a “believable surplus” by the end of its first turn. “Within a decade, the budget surplus will be 1% of GDP,” he said. With this promise, Abbott could justify any surprise to the public, no matter how clearly ideologically motivated, on the basis that it was the price we paid for a responsible hand at the wheel. Now, unable to pass deeply unpopular budget measures through the Senate, the Coalition has allowed Australia’s debt to pile up far beyond what the country faced under Labor. It’s a reality that Abbott has been unwilling — or unable — to acknowledge: if the ship is headed for an iceberg, a few barnacles clinging to the hull are the least of your problems.

Abbott’s gifts to the IPA: part 3

When you do a backflip, especially a gymnast, will end up facing the same way they started – pedant I know I am and it’s a great word – but wrong. About turn. about face, turnaround….many good alternatives.

The Gillard Govt was pilloried as “dysfunctional” when actually it carried out the business of Govt quite well. Internally it was riven but this never seemed to affect its output.

The Abbott Govt has proven to be beyond belief in its incompetence which has lead to internal dissent. However the level of criticism leveled at Abbott & his Govt is mild compared to that which Gillard faced.

Well look what happens when you pull policies out of your arse!

“the government realised it had to give the Muslim community some gesture of goodwill…” No it didn’t. That was just Abbott blowing the anti Muslim dog whistle again, so Muslims would be blamed for the backflip when he was in fact caving in to the objections of Jewish and other ethnic groups who, unlike Muslims, would lose protection against vilification if 18C went. Muslims, being a religion not a race or ethnic group, are not protected in any way by 18C and are regularly vilified without having any comeback.