Western governments have long tried to fight terrorism by supporting opposing sectarian Islamic groups. But this is not necessarily the way forward. 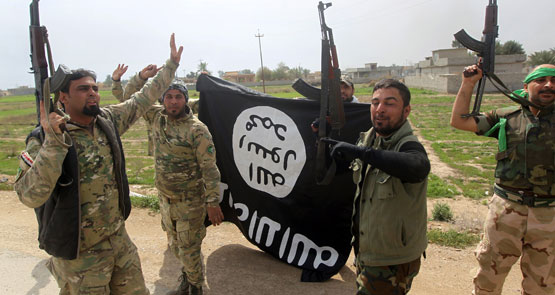 Words like “terrorism” and “radicalisation” may defy clear definition, but they describe real and preventable phenomena. And if we are to have any hope of effectively combatting them, we need to develop strategies built on facts and evidence, not ideology. And we need to do it in a timely manner. In key areas, the Abbott government and its predecessors have failed on both scores since the London bombings.

On Tuesday the PM was quoted as saying: “We are about to begin a very big campaign to try to counter the influence that the death cult has, particularly online, on vulnerable Australians”.

And just how is he going to do that? The headline on a page 2 story in The Australian story reads “$5m lost reaching out to Islamists“. Maybe this is what Abbott meant when he remarked: “It’s important that we spend the money the right way, rather than just blow it.”

One common way money has been blown is bankrolling sectarian Muslim organisations to de-program kids. Often these projects are based on the idea that funding a group from a sect opposing the preferred sect (say, Wahhabism) of terrorists will drag people away from violent extremism. As if it’s all about religious denomination.

Back in 2005-07, the Howard government insisted it did not wish to deal with groups it considered extreme. The Australian had a field day linking people and institutions to Wahhabism (also known as Salafism) and hence to terrorism. The Howard government decided that bankrolling al-Ahbash, an anti-Wahhabi/Salafi sect based in Lebanon, was the way to fight terrorism. The result was the publication of a booklet whose strategy was built upon sectarian and ideological polemics.

One of the organisations named in The Australian is the Lebanese Muslim Association (LMA), which “received $100,000 to run an educational program”. At first glance, the choice of the LMA is curious — it allows only men eligible for Lebanese passports to hold full membership, to vote and to be elected to its executive.

Both the LMA and al-Ahbash compete for support from Lebanese Sunni Muslims, and they have a history of enmity dating back decades. LMA might have nationalistic and gender bias, but it certainly isn’t as sectarian as al-Ahbash. On the positive side, it engaged Aftab Malik, a very un-Lebanese expert from the UK with substantial experience in British Muslim anti-terror initiatives funded by the UK government’s Prevent Strategy.

However, Malik’s strategy was based on the false idea that “wrong” theology leads to violent extremism. As a leading figure in a Western Sunni movement calling itself “Traditional Islam” (TI), Aftab was “[w]ithin the United Kingdom … critical in articulating and promoting TI perspectives”.

Perspectives? TI openly rejects a broad range of religious ideas and movements it sees as “Wahhabi/Salafi”, claiming these have direct theological links to Daesh, Boko Haram or any other group engaged in violent extremism. Even those (like myself) broadly sympathetic to TI’s position would be uncomfortable with a blatantly sectarian agenda dominating deradicalisation work.

There’s no suggestion the LMA used public funds to pursue a sectarian agenda, or that Malik engaged in sectarian activities (given my own preference for TI, I almost wish he did!). But his very presence in such a sensitive program could risk a national security program becoming a sectarian exercise. Perceptions are often more powerful than reality.

Deradicalising young people isn’t and should never be about attacking a set of religious ideas that happen to be within the theological range of Daesh. If Daesh can be described as “Wahhabi”, so can its most vicious opponents among Wahhabi religious scholarship across the world.

Foreign fighters heading for Daesh, like their predecessors heading for Afghanistan to fight the Soviets or heading to Spain to fight General Franco, are often less inspired by religion than by fighting for what they see as injustice which the rest of the world had turned its back on. As western Sydney imam Wesam Charkawi, who works with social workers and young people tempted by the political rhetoric of Daesh, told The Guardian: “The idea that young men are waiting in line to become radicalised is a myth. This point is sensationalised by media and politicians.”

With that in mind, perhaps one good strategy to stop Daesh is to stop marginalising people because of their religious heritage. And to create an environment where they aren’t powerless to address the inconsistencies in our foreign policy.​

so its cool to cut off heads if I feel ” i’m powerless to address the inconsistencies in our foreign policy.​”

Why do you think seeking a better understanding of why people might commit crimes is the same as condoning those crimes?

“… stop marginalising people because of their religious heritage.”
How exactly are they being marginalised ?

“…create an environment where they aren’t powerless to address the inconsistencies in our foreign policy.​”
If they’re Australian citizens over 18 than they can vote, and have exactly the same power to influence our country’s foreign policy as I have.

Here’s a wild idea from outfield – stop funding, subsidising, tax breaks, excusing and giving any credence or free passes to ALL delusional sects claiming to have instructions from sky fairies?
Start with abolishing the $200M school chaplain boondoggle then funding of religious schools, charge rates & land taxes on property (just like for ordinary mortals)and make it a criminal offence of child abuse to indoctrinate anyone under the age of 18.