Fairfax wants to make dozens of staff redundant from 13 Victorian publications as the reporters are asked to make do without subeditors or photographers. 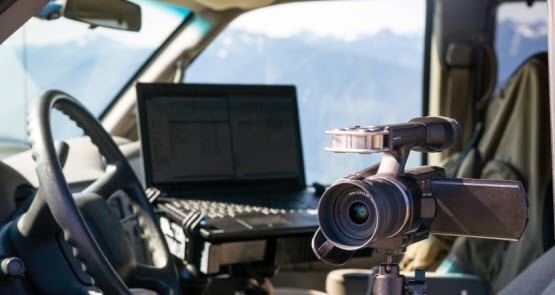 Staff at three of Fairfax’s largest Victorian regional papers are bracing for cuts that will slice their newsrooms in half, as the company seeks 62 editorial redundancies in Victoria, which will also affect another 10 publications.

The cuts are part of Fairfax’s rolling regional media reconfiguration, in which reporters are expected to perform the tasks of subeditors and photographers and publish content straight to the web under a new publishing system called NewsNow. Regional newspaper journalists in south-western New South Wales have already borne the brunt of similar redundancy waves as part of the NewsNow rollout (which Crikey reported on in October), and those in Tasmania and the rest of NSW are believed to be next in Fairfax management’s sights as the company seeks to cut costs in its newspaper divisions.

At The Border Mail, which services Albury-Wodonga, six of the paper’s eight photographers and all 10 subeditors are set to go. Overall, Crikey has been told, the proposal will affect 23 people, and equate to 16 full-time equivalent positions. Staffers at The Border Mail, which covers a massive area straddling the Victoria and New South Wales border, were informed on Tuesday afternoon that there would be a meeting on Wednesday to announce the changes. The changes have been mooted for a long time, but the final headcount proposals were worse than many of the journalists had expected, and staff were concerned about the impact on the quality of the paper. The mood at the long meeting was sombre, a reporter who attended the meeting told Crikey.

At the Bendigo Advertiser, which has already changed the way it operates significantly as it was a test site for the rollout of new digital publishing system NewsNow, the journalists understand there will be 14 cuts to editorial, from a total staff of 31. Like at The Border Mail, photographers and subeditors are expected to bear the brunt of the cuts. A joint statement to Crikey from some of the editorial staff described the changes as “completely fucked”. “Our photography staff includes a Walkley award winner and a PANPA award winner, yet we have been told journalists can be expected to produce similar quality photos with no training,” the statement said, while noting that the publication had hit nearly 10 million online page views in January — staff feel they’re being punished despite great digital success. At meetings, journalists were told they would need to work more closely with advertising, and that their content needed to yield commercial results.

The Warrnambool Standard will also face heavy cuts. Crikey understands the proposal is to reduce headcount there by 20, or 16 full-time positions – another cut that will equate to around half the newsroom. The Ballarat Courier is in a strange position, due to plans to turn the paper into a regional sales and production hub. It’s possible staff cut from the paper could be moved to the production hub.

Nine other Victorian Fairfax regional publications are also expected to lose some staff. They include the Ararat Courier, The Wimmera Mail Times, Stawell Times-News, The Advocate (which covers Daylesford) and The Moyne Gazette, as well as regional titles Stock & Land, Dairy Farmer, Northern Dairy Farmer and TurfCraft. It is speculated these publications could lose their editors. The papers in Wimmera, Stawell and Ararat are expected to share the one photographer between them.

At all the titles mentioned above, it is not believed any reporting roles will be directly targeted for redundancies. The changes are aimed at making reporters responsible for their own photography and subediting (in addition to their normal reporting and writing duties).

In a statement announcing the consultation, Fairfax rural boss John Angilley said the flatter structure would lead to the 13 mastheads being “redesigned and revitalised”:

“Our plan is to upgrade our newsrooms by adopting more efficient ways of working, new systems, digital-first editorial production practices, and a vastly better local sales approach … Journalists will report local news across multi-media, as well as be trained to write headlines, captions and fact-boxes. Quality-checking processes and procedures will be in place and our editors will remain responsible for managing risk and maintaining editorial standards.”

The rollout of a similar model in south-west NSW, Angilley said, gave Fairfax confidence the Victorian proposal would deliver the changes the company is seeking.

The announcement is merely the latest in Fairfax’s rollout of a vastly leaner editorial model across its regional publications first announced last August. Unlike the situation at the regional metropolitan papers, that rollout hasn’t involved outsourcing things like subediting or production, but instead has got rid of them entirely, leaving reporters with far more responsibilities as a result. Last October Crikey obtained a copy of the position description for a reporter under NewsNow, which said a reporter should be required to typically write “six stories a day, two leads, two down pagers and two briefs”, while ensuring all copy is “error free” and published immediately to the web, and taking and archiving images for future usage. The position description suggests roles you would typically expect done by two or three people will now fall only on one.

The cuts also involve 20 job losses in sales and marketing — Fairfax is seeking around 80 redundancies overall.

Too fast, too furious: anger revving up as Fairfax outsources Drive

I would suggest that it is the lauded Fred Hilmer who has contributed much to this dilution of print news, through his grand mismanagement stint at Fairfax.

Yesterday an article in The Age about a criminal investigation in Birmingham mentioned in its final paragraph that Belgian police were continuing their investigations.

I mean why buy a regional newspaper if it doesn’t cover local news?

So … are the management team at Fairfacts going to ensure that reporters are competent photographers, can spell, and understand layout?
Somehow, I doubt it! So we’ll be “treated” (if that’s an appropriate term) to poor third grade spelling, dopey camera phonographs and still be expected to pay full whack for the paper!

Sorry, not going to happen here!

An indication of the future quality of news items on Fairfax sites.

The caption of the photograph of the tram is completely wrong… it is a C class rather than D class.

Part of Hilmer’s legacy of quality and astute management … not