James Packer hopes to build another skyscraper across the road from the existing Crown complex in Melbourne. 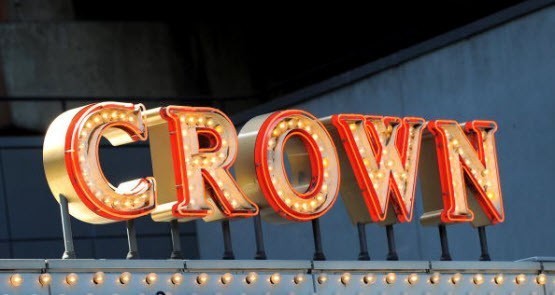 James Packer is getting down to the business end of a three-city, east coast strategy of simultaneously engaging with state governments on the expansion of his Crown Resorts casino empire.

In Queensland, the new Palaszczuk government has not only embraced former premier Campbell Newman’s concept of Brisbane getting a new casino complex, but the Premier has also reportedly intervened to improve Crown’s prospects of out-bidding rival Echo Entertainment Group, which was widely considered the front runner.

The situation in Sydney is also quite fluid going into an election, with some lengthy recent negotiations between Crown, Lend Lease and the New South Wales state government delivering an expanded 77,500-square-metre casino-hotel skyscraper proposal at Barangaroo.

But if you think that is big, what about the 208,000-square-metre skyscraper Crown is proposing across the road from its existing Melbourne complex?

In its early days, Crown used to point out its Melbourne complex was the second-biggest building in Australia after Parliament House in Canberra, which comes in at 250,000 square metres.

Now it is proposing the addition of a 208,000-square-metre fourth hotel, which would easily be the biggest skyscraper in Melbourne in terms of square metres and would increase the size of its Melbourne precinct to almost 750,000 square metres in total.

For instance, the nearby Australia 108 apartment complex in Southbank will be the tallest building in the southern hemisphere at 319 metres, but Crown’s proposed new tower is a lot bulkier on a bigger site.

Crown released an image of the proposed Melbourne skyscraper to the ASX (see page 7) with its recent half-year result.

Just two weeks after Victoria’s permissive Liberal planning minister Matthew Guy was voted out of office, Crown took the plunge with a $50 million investment in four parcels of land owned by rich-lister Tony Schiavello on Queensbridge Street, across the road from its existing complex.

There is certainly an element of regulatory risk in that investment decision as Victoria’s new Planning Minister, Labor Left faction member Richard Wynne, has already indicated he won’t be nearly as easy to please with overly bulky or tall proposals that have shadowing, amenity or wind impacts.

Indeed, in this story in The Age on Monday, the minister sent a very clear message to Cbus Super, which is chaired by former Labor premier Steve Bracks, not to come back with its controversial proposal to shadow the south bank of the Yarra with its 300-metre proposal for the Suncorp site at 447 Collins Street.

In relation to Crown, The Age published this story last night, which highlighted one controversial element of Crown’s proposal — a proposed sky bridge over flood-prone Queensbridge Street.

However, this story didn’t even make the print version of the paper.

As for the Herald Sun, just like most of the Murdoch newspapers in recent times, it rarely criticises anything James Packer does.

This is disappointing because there really should be a solid public debate about all these proposed casino precinct expansions in Australia’s three largest cities.

At the City of Melbourne, councillors are yet to formally assess the Crown-Schiavello skyscraper proposal and, with an application in the system, we must legally remain unbiased. Crown spokesman Karl Bitar told The Age yesterday an amended proposed would soon be lodged with the minister for consideration.

Under Victorian law, the planning minister is responsible for all applications above 25,000 square metres and at 208,000 square metres. This will be the biggest single permit proposal ever to be considered exclusively by a single minister.

However, the City of Melbourne will conduct a public consultation process after releasing the officer recommendation and then formally determine the council’s advice to the minister.

At one level, it is a little surprising Crown didn’t move to secure a fourth hotel deal with the Victorian government when it renegotiated its casino licence last year, agreeing to make an upfront payment of $250 million.

However, that actually reflects well on governance practices in Victoria, as the proposed new skyscraper is outside the designated casino precinct.

It might also have been a factor that then-treasurer Michael O’Brien and then-planning minister Matthew Guy were leadership rivals and former Victorian premier Denis Napthine was nowhere near as obliging to Crown as his former boss Jeff Kennett back in the 1990s.

Crown’s negotiating position is quite strong as it simultaneously seeks expansion opportunities in Las Vegas, Macau, Brisbane, Sydney and Melbourne, but it will only deploy its capital where authorities make it attractive to do so.

Mayne: Doyle takes control of town hall, but could there be an appeal?

Mayne: what Melbourne should do if Trump becomes president

Mayne: how News Corp extracted a quick-fire $230k from the City of Melbourne

So is this why the Napthine government wanted the new so-called “Fisherman’s Bend” station to be somewhere around the casino? How convenient!

A change in government always reminds me of the last line in the classic Who song Won’t Get Fooled Again:

“Meet the new boss
Same as the old boss.”