More confirmation that the economy is drifting along in today's jobless numbers -- while the mining industry continues to whine, write Bernard Keane and Glenn Dyer. 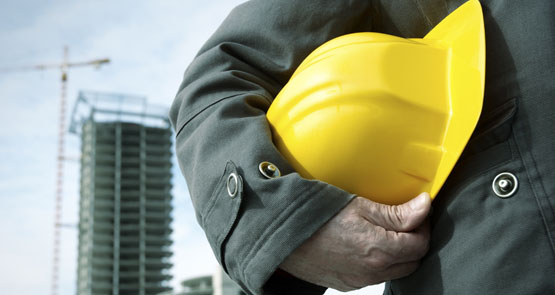 Well, there was nothing in this morning’s February jobs report from the Australian Bureau of Statistics to change anyone’s opinion of the economy — low, slow and going nowhere at a snail’s pace might be the best description. Like retail sales, trade, car sales, building approvals and housing finance, there were good and bad parts in the jobs report which shows a labour market drifting aimlessly.

The ABS showed a small rise in the number of new jobs created, and a dip in the unemployment rate to 6.3% from the 6.4% reached in January. The trend rate was unchanged on 6.3% and was probably the more accurate reading.  The seasonally adjusted labour force participation rate decreased to 64.6%  in February 2015 from 64.7% in January 2015, but the trend rate was steady on 64.7%.

The ABS said the employment to population ratio, which expresses the number of employed persons as a percentage of the civilian population aged 15 years and over, was unchanged at 60.6% (seasonally adjusted) in February 2015. In trend terms, the employment to population ratio was also unchanged at 60.6%. Victoria saw a big fall in its unemployment rate, from 6.6% to 6.0%, seasonally adjusted, though in trend terms the shift was less dramatic, from 6.4% to 6.3%.

All steady — and unimpressively — as she goes.

Meanwhile, the mining industry has made its latest pitch for a return to WorkChoices, with the Australian Mines and Metals Association releasing a report by KPMG claiming to show that the adoption of measures to reduce the power of unions, restrict strikes and curb “excessive increases in wages and conditions” would generate 36,000 jobs. Sounds impressive, except as AMMA has to admit, 36,000 jobs is less than one-third of 1% of employment in Australia. And, try as you might, you can’t find any reference to Australia’s recent labour productivity performance in the KPMG report. Curiously, the report stops its labour productivity analysis at 2008 — “the most recent productivity cycle”, apparently, and presumably nothing to do with how labour productivity growth under the current Fair Work Act framework has far outstripped productivity growth under WorkChoices. Maybe it was too much effort to go to the ABS site and get the most recent labour productivity data from the national accounts.

Noted heiress Gina Rinehart, however, doesn’t shilly-shally about with reports. Rinehart, who inherited her vast wealth from her father Lang Hancock, is today complaining about high costs for miners in Australia, particularly regulatory and approval costs. “Our costs are incredible,” Rinehart lamented (did we mention she’s an heiress, by the way?). Well, let’s ask an independent expert for an opinion: US mining analysts Behre Dolbear (we love that name, apart from anything else). For the last four years, Australia was rated as the best or second best mining investment destination when it came to approval processes — we only slipped to second behind Canada last year. And our tax system for miners is equal best in the world with Canada — and in Behre Dolbear’s opinion improved significantly in 2013-14.

I find it quite incredible that the Australian Mines and Metals Association can claim that “the adoption of measures to reduce the power of unions, restrict strikes and curb “excessive increases in wages and conditions” would generate 36,000 jobs. While they are saying this both Rio Tinto, BHP and many more of their members are laying off the present workers.
Is there some irony in suggesting that there is somehow “excessive increases in wages and conditions” while Rio Tinto makes their CEO the 10 million dollar man ?
Unfortunately, the Australian mining companies are following the same script as their American and British owners. That is, share buy backs and excessive salaries to their executives while laying off workers in the name of cost cutting to benefit the stockholders .
Shareholder value is not a legal requirement. Despite this many mining companies have linked executive pay to the share price. This is why companies are now buying back their shares. This raises the price of the shares to the detriment of the companies future.
” Many companies that cut jobs, training, and research and development are fishing with dynamite insofar as they’re trying to make numbers look great without any concern for the long-term health of the business or the environment in which it operates. Ornate tax avoidance strategies similarly may save money during a CEO’s brief tenure while destroying the company’s long-term reputation .” Margaret Heffernan “A Bigger Prize”
It is time that the mining industry developed a real social conscience and used the resources of Australia to the benefit of all Australians. It is time the AMMA looked at facts and stopped this nonsense propaganda.