SBS ad averaging bill likely to be stymied in the Senate

Unless it can secure the support of the Palmer United Party, which is looking unlikely, the Government will not have the votes it needs to change the SBS Act to allow ad averaging. 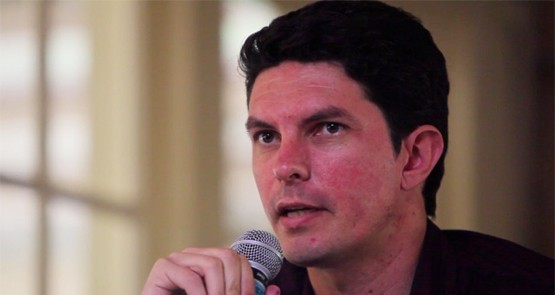 A government proposal to allow SBS to average its ad allowance over the day, allowing it to air more ads in prime time, is unlikely to garner sufficient support to pass the Senate, a Crikey investigation finds.

The Labor Party in November indicated its opposition to the proposal, along with objections to other aspects of the government’s budget cuts to the public broadcasters. Speaking to Crikey this morning, Greens communications spokesman Senator Scott Ludlam said a proposal on SBS ad averaging hadn’t been put to the Greens party room. But he was personally “pretty sceptical” of the proposal, and of the “creeping commercialisation” of the network over recent governments.

“We don’t support greater commercialisation of the station,” he said. But he also says he’s concerned about the remarkably divergent estimates about the amount of money the proposal would actually raise (the commercial TV lobbies say it would be $200 million over five years, but SBS says it expects around half that). “We won’t be in a position to announce our final voting intention until we know who’s right and who’s wrong about the estimates, and secondly, till we know what’ll happen if, as is looking likely, the bill fails — we want to know whether the government is going to go ahead and cut SBS’ finances anyway,” Ludlam said.

Given the opposition of the Labor Party and the likely opposition of the Greens, the government will be forced to rely on support from six of the eight crossbenchers in the Senate to get the bill through. Crikey contacted all the crossbenchers yesterday to ask where they stood on the bill. Most did not respond by Crikey’s deadline or said, through advisers, that they were holding off on announcing a position until the bill was introduced. But it is understood that most are leaning against the proposal.

Senators Bob Day, from Family First, and David Leyonhjelm, from the Liberal Democratic Party, indicated their strong support for the proposal.

Leyonhjelm said he would be ultimately happy if SBS didn’t require any government funding at all to operate. He told Crikey he’d been lobbied by the commercial TV stations, which fear more ads on SBS in prime time will cut into their revenues, and by SBS directly. “But as far as I’m concerned, SBS is a government-owned enterprise. It should be able to run as a business as it sees fit. My feeling would be that if they can increase their ad revenue, and decrease their dependence on taxpayers, that would be a good thing.”

Through a spokesperson, Day said he supported the proposal. “Exposing SBS to the winds of commercial reality has been very beneficial, for instance resulting in a far more efficient operation than the ABC. This was acknowledged in the recent funding changes where SBS was able to demonstrate substantial commerciality and efficiency.”

Crikey’s calls to the Palmer United Party were not returned, and Senator Jacqui Lambie’s spokesperson told us the Senator wouldn’t declare her position until a bill was introduced. But Crikey understands the Palmer United Party is leaning against the proposal, despite some measure of internal disagreement over the measure. In early February, Palmer told Fairfax that SBS “wasn’t supposed to be purely commercial”.

Like Palmer, Senator Ricky Muir has also previously indicated his concerns about the bill, while not locking in a final position. Crikey’s request for Muir to clarify his position was not returned by deadline. Former Democratic Labour Party Senator (now independent) John Madigan said through a spokesman he was still taking meetings on the issue and was considering his position. Independent Senator Nick Xenophon is overseas — a spokesperson indicated he would be unable to speak to Crikey before our deadline given the time difference.

Crikey understands the bill will be introduced into the lower house this month and will then be referred to the Senate, where, if the government believes it won’t get the votes to pass it, it may then be passed onto a Senate committee until the middle of the year.

A regulatory impact statement on the proposed bill was released by the Department of Communications last week. It highlighted that the bill, as well as altering the SBS Act to allow ad averaging, would also include provisions around product placement. The Lewis Review into the efficiency of the ABC and SBS last year included a section detailing how product placement was probably allowed under the SBS Act, but it would be desirable for this to be clarified through an amendment.

Under a heading of three separate policy options being considered: the first of which is the status quo, the second of which is the ad-averaging proposal, and the third of which is to remove all advertising restrictions on SBS — the regulatory impact statement lumps clarification on product placement in with the ad averaging proposal, strongly suggesting this would be a part of the final, yet-to-be-released bill. “A second amendment would also specifically allow SBS to earn revenue through the use of product placement during its programming and require the SBS Board to develop and publicise guidelines regarding the use of product placement and report on its use in the annual report,” the document states.

Correction: John Madigan has left the DLP  — he is now an independent Senator. Crikey has corrected the piece above.

The thought of SBS being able to average its advertising is a thought of horror. As it is the commercial stations are unwatchable. To allow the market to dictate the programming results in content suitable for a seven year old child. The people calling for this should be shot.