A final handout to car multinationals illustrates how the Abbott government's policy and political judgement is entirely gone. 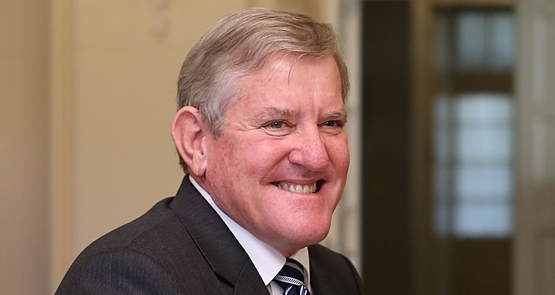 You will need to go a very long way and look very carefully to find a worse decision than yesterday’s one to restore Automotive Transformation Scheme funding until the car industry shuts up shop in 2017.

Bear in mind whom we’re talking about. The Australian car industry revels in the image of the Aussie battler doing it tough against global subsidised competition. In fact, it is composed of vast multinational companies that shop around for subsidies and use their international operations to avoid tax, often by holding cash offshore and using it as collateral for loans that are used to pay dividends in the United States. General Motors actually pays its CEO more money than it pays in taxes in the US — not hard given last year GM paid an effective tax rate of zero on its earnings of a quarter of a billion dollars. And both GM and Ford announced higher-than-expected profits earlier this year — GM’s is so large it is paying a profit-sharing bonus to its heavily unionised US workforce.

Now we’re giving them $100 million not to close ahead of schedule in 2017. This is the rubbish sequel to Weekend at Bernie’s, where Bernie gets reanimated by voodoo, or more correctly voodoo economics, reflecting our warped mentality toward car manufacturing — we paid these multinational parasites for generations to keep operating here; now they’re no longer going to keep operating here, but we’re going to throw a bit more money at them as they leave because it’s instinctual. Thanks for coming, guys — here’s some more cash you can stick in your offshore bank accounts, a little something to remember sunny Australia by during those freezing Michigan winters.

It’s all a far cry from Joe Hockey in effect daring GM to leave in December 2013.

“By the evening news, you almost expected GM and Ford to be asked to pay us, which at least would be a reasonable policy position.”

An earlier-than-scheduled departure of course might have brought forward the job losses associated with the closure of the industry from the end of 2017 to 2016 … when the next federal election is scheduled to occur. And the Coalition’s stocks in both South Australia and Victoria are already dismally low. On the other hand, bribing Ford and GM to hang around seems to assume voters in those states will remain blithely indifferent to the closure of the industry until it actually happens, rather than influencing how they’ll vote in 2016 regardless of the timing.

And even by that logic, the money simply delays the political impacts into 2017 and 2018. Both South Australia and Victoria go to the polls in 2018 — the former, early in the year. If anything, the bribe merely extends the political pain for the conservative side of politics.

Then there was the announcement — carefully leaked to The Advertiser and key local MPs but not shared with the party room, where MPs might have wondered aloud why having gone through all that pain and helped the South Australian and Victorian Liberals to defeat at their state elections, the government was doing this now. And there was the contraction of the sum involved, almost hourly, throughout the day, from $900 million to $500 million to $100 million; by the evening news, you almost expected GM and Ford to be asked to pay us, which at least would be a reasonable policy position. By that time the government was enduring some more political pain — complete with anonymous ministers bagging Ian Macfarlane — and the further trashing of its economic reputation for a mere $100 million.

Presumably to defend against the charge of “captain’s pick”, Tony Abbott insisted the decision had gone to the Expenditure Review Committee, which can only prompt one to wonder whether every member had been tranquilised first. ERCs are not supposed to wave through rubbish like this — they’re the fiscal frontline, the body that is charged with defending the government’s revenues against all comers, not meekly surrender to industry ministers babbling nonsense.

What does this government stand for? Is it even serious about managing the budget deficit, which since it came to office has repeatedly blown out? Is it serious about ending corporate welfare? Did it not occur to anyone that companies will use jobs as a weapon against efforts to cut them off from taxpayer largesse? And now it faces backbench pressure to reverse one of the remaining few sensible decisions from the last budget, its lowering of indexation of the aged pension.

That’s the problem with retreats, even little ones. Once you start going backwards, it’s devilishly difficult to stop, let alone move forward again.

Of course, it’s all about the next election ……

Ah, so we can fund remote communities; like Detroit.

How many LibNats does it take to screw a lightbulb idea?

And as noted, another “Dr/Captain No’s Pick”.