There is a very good reason many indigenous Australians live in remote communities, and it's not a "lifestyle choice", writes Emeritus Professor Jon Altman of Australian National University. 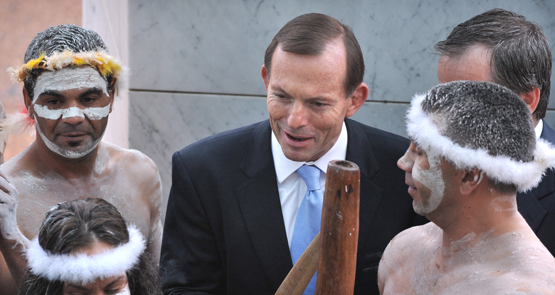 The Prime Minister who aspires to be known for his contribution to indigenous affairs has been roundly criticised by all and sundry for suggesting that indigenous people who live at remote homelands are making a “lifestyle choice”. Hence he argues they should self-finance access to services that are not available in remote areas or face government neglect and associated closure.

This populist argument is reminiscent of those made a decade ago by then-senator Amanda Vanstone pejoratively referring to homelands as “cultural museums”. This demeaning discourse is being deployed to support a decision by the Western Australian government to “close”, or more correctly neglect, as governments do not close communities, up to 150 remote communities.

The argument put forward by Premier Colin Barnett is that the WA government cannot afford to deliver services to such remote places because of diseconomies of small scale; more recently he has suggested these communities might also be unsafe, pandering to forms of moral panic that were successfully deployed during the Northern Territory intervention: small, remote, tradition-oriented places are, ipso facto, potentially dangerous.

Both Abbott and Barnett are addressing a complex development issue without reference to any demographic, historical or legal facts, let alone issues of social justice and basic human rights. Let’s look at each in turn very briefly.

According to the latest statistical evidence collected nearly 10 years ago by the Community Housing and Infrastructure Needs Survey 2006, there are 988 indigenous communities with a population of less than 100, Australia-wide; 230 of these are in Western Australia. These places are generally called outstations or homelands, almost all are located on land that is held under indigenous title, and they are small, averaging just 20 people each. They are also often clustered near larger places and so are well-positioned to share services on a hub-and-spokes basis.

Historically, homelands and outstations were re-established from the 1970s by indigenous people re-occupying their ancestral lands. This re-occupation was facilitated by progressive policies of land rights and self-determination, but also reflected the failure of larger places that had been established as an instrument of colonial policy to implement the assimilation policy.

By the late 1980s, the only parliamentary inquiry ever undertaken into the homelands movement, Return to Country (also known as the Blanchard Report, after its chair), lauded these smaller places a relative success in economic, social and cultural terms. In particular, using primary data it was demonstrated that residents there were more self-sufficient than at larger places because of productive work in self-provisioning and in the manufacture of art for sale.

Return to Country recommended that government invest in the delivery of flexible services to homelands in education and health. And, building on findings in the Miller Report on Aboriginal Employment and Training Programs in 1985, it recommended that governments facilitate the viability of homelands by investing in the building of an economic base using the Community Development Employment Program (CDEP) as an income support and wage subsidy scheme.

While few of these recommendations were subsequently enacted by governments, the homelands movement flourished. This was partly because community-based outstation resource agencies used CDEP creatively to support homelands.

It was also because with the Mabo High Court judgement and subsequent Native Title Act, indigenous people were able to claim more and more land by demonstrating, often in court, continuity of customs and traditions and connection to their country. As lands held under indigenous forms of title, land rights and determinations of exclusive and non-exclusive possession increase to cover nearly a third of the continent, many land owners want to live on their land, even if it is remote. Indeed, it is mainly because these lands are remote and of low commercial value that they have remained non-alienated and available for such claim.

So, having complied with Australian law to get their land back, indigenous people are being told that they will not be entitled to citizen services on these lands; instead they will be treated as second-class citizens or denizens, and their lands will be deemed unfit for occupation, the fiction of terra nullius will be replaced by a new fiction, terra vacua, empty land. Is such depopulation in the indigenous or public interest?

This seems a most inappropriate way for one of the world’s richest countries to treat an invaded and, for all intents and purposes, still colonised indigenous minority. This is especially the case at homelands with a total population nationally of just on 20,000 and more so in Western Australia, where literally billions of dollars of minerals are extracted annually from land where native title has been determined. The WA government might consider “royalties for regions”, but what about royalties for impoverished and marginalised first Australians?

A major problem that Australia faces in relation to homelands is that there is no policy framework for assessing how to deliver citizenship entitlements on an equitable-needs basis to indigenous people living remotely. Consequently, we see ironic inconsistency. For example, homelands in the NT are minimally funded by the Commonwealth to 2022 under the Gillard government’s Stronger Futures for the Northern Territory laws, while homelands in Western Australia and South Australia will be unfunded after this financial year. There is considerable federal/state fiscal strategic behaviour in all this, with attempts to pass the buck between governments while those most in need and most disenfranchised suffer lack of services delivery and anxiety about their futures and livelihoods.

There is an obvious challenge in belatedly developing appropriate policy for these remotest of communities. If one sticks to simplistic slogans like “adults to jobs”, “kids to school” and “safe communities” to masquerade as policy, a hallmark of Tony Abbott, one is bound to make simplistic and destructive policy decisions backed up by demeaning and populist discourse.

Indigenous land owners aspire to live on their lands today for a wide range of reasons, including a desire to exercise their “post-colonial” social justice rights. Life at homelands is often rudimentary, and it is difficult to make a decent livelihood out there. Given the criticism that the Labor opposition and Greens have articulated over Tony Abbott’s discursive assault on homelands generally, and Colin Barnett’s unrepentant commitment to defund a large number, perhaps it is appropriate that there be a stay on homelands execution so that a parliamentary inquiry might again address this complex issue 30 years after the House of Representatives Standing Committee undertook its two-year inquiry from 1985 to 1987?

If living in remote areas is a lifestyle choice not deserving of taxpayer support, can we expect to see an end to zone rebates?

Every time I think I’ve seen the worst of Abbott, he surprises me yet again.
The sooner he’s gone the better, but at what a terrible cost!
Such a deeply shameful period in Australia’s history.

Is there actually a Federal Minister for Indigenous Affairs? Or are the Coalition still working the rubbish line that Abbott is the minister?

Some people might like to see Toady’s lips sewn together?
…. but what would they know?
There’s only, what, 480(?) sleeps to go – who knows what he can stuff into that cavity?
[Scratch this r’Abbott – get khaleesi.]

Thanks for the synopsis, pretty much covers the most important aspects.

May as well go back to Terra Nullius, denying them the vote and reinstating the White Australia policy.

It seems we have learned nothing.

On the other hand, if we can just force all the indigenous people off their land, deny them any connection to country, we can then go back to the courts and claim the land back, and then we won’t need to negotiate on mineral rights, can sell them all to a multi-national who can take all our common wealth, pay pittance in royalties and nothing in tax.