Criminal defence lawyer and writer Russell Marks explains how the judicial system is failing our most vulnerable. 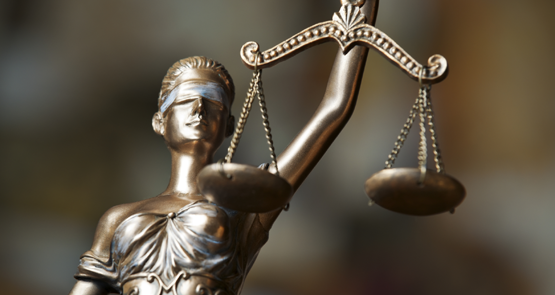 People who end up in the magistrates court are often poor and sometimes drug- or alcohol-affected. But with magistrates only able to mete out prison sentences, rather than employing strategies that could address the underlying cause, is it any wonder that people often feel they have no choice but to reoffend?

What kind of people end up in magistrates courts?

Overwhelmingly, the defendants who populate magistrates courts are living with quite staggering disadvantages. Statistics tell us that the people who get charged with criminal offences in Australia are much younger, more dependent on drugs and alcohol, significantly less educated, more mentally ill and more likely to be homeless than the population as a whole.

The disadvantages suffered by most defendants mean that they’re much less likely to be able to navigate the bureaucracy of the justice system, which encourages a guilty plea at every opportunity. But it also points to the reasons many people behave in ways that bring them into the system in the first place. Most of my clients, for instance, behaved criminally because they lacked the capacity to appropriately regulate their behaviour in fraught circumstances, or because they were dependent upon alcohol or extraordinarily expensive illegal drugs. Without exception, that lack of capacity or dependency was the legacy of a childhood marked by significant trauma and/or neglect.

What does sentencing these types of offenders to prison accomplish?

Unfortunately, most of the options that magistrates have at their disposal when it comes to sentencing criminal offenders assume that criminal behaviour is rational and that punishing it will deter both that particular defendant from re-offending, and future offenders from contemplating it. I say “unfortunately”, because those assumptions — fundamental to the criminal law though they are — are not borne out by the evidence.

We know what stops people at risk of offending (or re-offending): lots and lots of support, in the form of mental health or drug dependency counselling or treatment; behaviour change programs; finding people stable living environments; helping people get qualified and/or into paid work. But for at least two decades, unethical politicians and media outlets — who know, or should know, what the evidence tells us — have called time after time for longer and tougher prison sentences. Just in the last couple of years, many states have introduced mandatory minimum prison sentences for certain categories of crime.

But sending more and more people to prison — and many of our prison systems around the country are currently bursting — doesn’t do very much to stop criminal behaviour. That’s because most people who go to prison come out again before long — the average prison sentence in Australia is three years, and that figure is skewed by the very long sentences meted out to those who have committed the most heinous acts — and when they come out, whatever underlying cause led to their offending behaviour hasn’t been addressed. And now they won’t be able to find work, their support networks on the outside have probably dropped away, and they’ve just spent months or years in a tightly controlled environment with an authoritarian power structure. The evidence shows us that spending time in prison is one of the facts that slightly increases the probability that a person will reoffend.

If prison isn’t the answer, what is?

I’m not saying that prison should never be used — the evidence clearly shows us that prison is effective at containing people whose criminal behaviour is consistently or compulsively violent. I am saying that our current, excessive focus on incarceration and punishment does not work in the vast majority of cases to stop recidivism, deter criminal offending or keep our society safe.

This is not about being “soft on crime”. It’s about taking what former Victorian attorney-general Rob Hulls calls a “problem-solving” approach. If what we all want is a safer community with fewer victims of criminal theft and assault, then what we need to be doing is addressing those underlying causes of criminality: the disadvantage and dysfunction that bring so many defendants to the courts in the first place.

In Victoria, Hulls oversaw the implementation of various alternatives to the traditional “punishment” model of magistrates courts. The drug court in Dandenong aims to keep drug-dependent offenders out of prison while they complete an arduous rehabilitation program. The mental health list in Melbourne aims to identify where untreated mental health issues are implicated in criminal behaviour and how best that might be addressed. The Koori Courts across the state allow for more culturally appropriate sentencing hearings for indigenous offenders, and links them up more effectively with culturally appropriate services that will help them address their offending behaviour. The Neighbourhood Justice Centre in Collingwood combines a court with an array of community-based services, and so becomes a “one-stop shop” for defendants with complex problems. Other states and territories have established similar alternatives to the mainstream “punishment” model.

But these alternatives are still severely underfunded and are not available to most people who would benefit from them. That’s despite evaluations that clearly demonstrate their benefits, both in terms of reducing rates of reoffending, but also in fiscal terms. Keeping people in prisons is extraordinarily expensive — it costs between $300 and $600 per day to keep a person in prison — for very little return. “Justice reinvestment”, a recent key phrase in reform circles, aims to take money from prison budgets and “reinvest” it in programs that work to prevent criminal offending in the first place. It’s been extraordinarily successful in Texas, where it was implemented by desperate Republicans who saw their prison budgets spinning out of control due to their continued commitment to “law and order” politics.

Meanwhile, the Labor opposition in WA, for instance, supports a Barnett government proposal to double that state’s mandatory sentence for aggravated burglary. Everyone knows the effect will be to see more people in prison for longer without any effect on rates of home invasion. Too many of our political leaders lack the courage to present the evidence to voters. The result is overcrowded prisons, bloated law and order budgets, and a society that’s no safer.

*Russell Marks is the author of Crime and Punishment: Offenders and victims in a broken justice system published by Redback.

Good piece – thanks. No surprises that LibNats would take an unscientific and populist view. Maybe we should attack the populist view: why isn’t there more community support for funding rehabilitation? Easy to blame the media.

Evidence-based policy never seems to be on the agenda.

And we’re all poorer for it.

Excellent thoughtful article – it should be widely read. It’s so frustrating to see the media and pollies combine to support a philosophy that causes so much damage at a personal level and exacerbates the problem it is supposed to addressed.

An eminently sensible piece, but I wonder how Mr Marks defines a fair trial in his book.