Our tax system and culture have deliberately conspired to drive up housing prices, with no thought to the consequences, writes businessman and Private Media director John Addis. 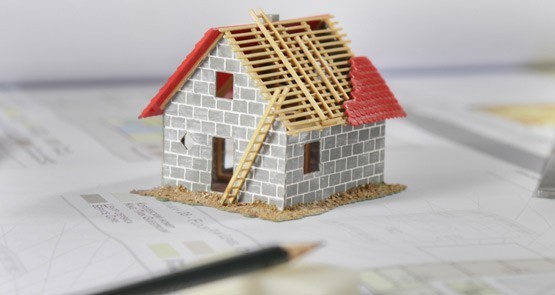 You don’t become a fully fledged member of Australian society without first owning a property. And the more properties you own, the more Australian you become. Take this far enough and eventually even The Block becomes compelling viewing.

We know this to be true because the tax system, like reality TV, is a mirror to our national aspirations. Both tell us that property investment is good and rising house prices even better.

Australians do not pay capital gains tax on the family home and investors can negatively gear their property investments. Own 30 properties? Please, claim a tax deduction on all of them. Want to cut your capital gains tax bill in half? Sure, just hold the asset for more than 12 months.

As the effects of these policies took hold and prices rose, first-home owners were squeezed out. This wasn’t politically acceptable and anyway, who was going to hold up the ladder if not those on the bottom rung?

The solution was to throw money at them, too. In Tasmania, home to some of the cheapest housing in the country, the state Labor government increased the first-home buyer’s grant to an incredible $30,000. Self-managed super funds were also recently encouraged to leverage into the boom.

Now Treasurer Joe Hockey has turned the idiocy up to 11 by suggesting those struggling to get on the property ladder should also be allowed the chance to blow up their super funds by speculating on higher house prices. Well, if super funds can do it, why not everyone else?

There is bipartisan stupidity on housing market affordability policies. Politicians of both major parties love the idea of throwing huge sums of money to make the problem worse. They want to make housing more affordable, but only if they can do so by pushing prices up.

As Bank of America chief economist Saul Eslake told a Senate committee in 2014: “It’s hard to think of any government policy that has been pursued for so long, in the face of such incontrovertible evidence that it doesn’t work, than the policy of giving cash to first-home buyers in the belief that doing so will promote home ownership.”

But instead of ending the stupidity, like so many treasurers before him Joe Hockey is intent on finding another way to perpetuate it.

The effect of these policies is three-fold. First, property prices have well beyond the rate of inflation and wage growth (see Australia’s housing boom in five graphs). Second, despite taxpayers spending billions on first home-owner grants since 1964, the share of first-home buyers as a percentage of the total market has never been smaller. In November last year, they represented just 12.3% of the market.

Finally, owning property is becoming something only the rich can afford. Eslake suggests that the top 20% of income earners own 36% of the housing stock.

There are many things politicians could do to make housing more affordable, not least of which would be to eliminate negative gearing. That would remove some of the demand for housing. Making it easier and cheaper to build through greater land releases and quicker and cheaper development approvals would increase supply. The combined effect would be lower property prices.

But that isn’t something any politician wants to countenance, let along bring about through sensible, well-reasoned policy.

Until we get a courageous politician that is willing to do that, the bipartisan but expensive charade — that housing can be made more affordable with policies that push prices up — will continue.

John Addis is the founder of Intelligent Investor Share Advisor and director of Private Media, publishers of Crikey. Unlock all of Share Advisor’s stock research and buy recommendations by taking out a 15-day free membership.

Should negative gearing be abolished? Experts weigh in

Eliminate negative gearing on all new property purchases immediately. Apply progressively to existing arrangements. Charge capital gains tax on investment property. Apply death duties to investment property – actually, on all estate worth over $5m. Above all, get government back into the business of building, owning and renting out affordable housing.

Is there a politician out there who is unafraid of the headlines in the Tory press that would follow changes to end property speculation?

Just imagine all those battlers with multiple investment properties just trying to get ahead.

Given the utterly unlikely odds of ever having an electorate altruistic enough to support any party toeing such an otherwise suicidal path, the more likely means by which change will come will be when a large enough percentage of Australians simply cannot afford leveraged purchases and foreign buyers not claiming negative gearing sufficiently dominate the housing market. Our under investment in export producing value added industries will accelerate this prospect as the AUD continues to fall, making our house prices low to foreign investors but impossibly high to citizens on falling real incomes.

There are a multitude of initiatives that the govt need to do to address housing affordability, addressing supply is a start as well as changing the taxation treatment of investment property. The other biggy in the cities is addressing commuting infrastructure to new outer suburbs at the same time, which would curtail the rapid inflation of inner city housing prices.