A film about a high-flying ego brought down by delusions of omnipotence? No wonder Birdman has Latham feeling anxious. 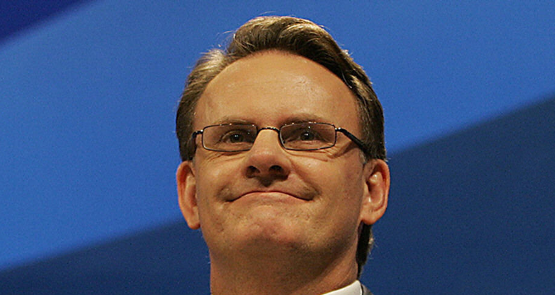 Latham. Ah, Latham. Why is it that his arrant stupidity produces such strong reactions, when the worse venom of Piers et al can be easily ignored? The answer of course is that he makes an appeal to some idea of progressivism or social justice reasoning in his batty denunciations, so he makes a claim not only to reason, but to shared territory. Prior to making some additional points to those made by Helen Razer about what he’s got wrong (and the very little he got right), let’s start with the ridicule. Latham, now famously, took his fam to see a movie, went to Birdman and didn’t like it much, concluding it was propaganda about mental illness by the elites to try to make us believe we’re all headcases.

First obvious point: that’s the opposite of what the film is doing. It’s a joke about the pomposity of artists, and the way in which such self-importance can get you into a spiral where you start to come apart. In the movie, Michael Keaton plays an actor who was once an action hero named Birdman, now spending the last of his money doing a play of a Raymond Carver story, hiring a self-parodically impossible actor (Ed Norton) and, under the pressure, starting to believe that he is the powerful, havoc-wreaking Birdman he once played. Everything about it, from the ridiculous middlebrow project he has chosen to Norton’s chaotic wrecking of the piece in the name of art, is played for laughs. Latham thinks the film, and the Left, want us to believe we’re all headcases. Why does he think that?

Because, second obvious point: Latham is a headcase. We all know he’s a headcase. He’s Australia’s greatest public headcase, has been for years. That’s why the AFR print him — not for his boring thinktanky policy fluff, but for the possibility that he’ll lash out about filter coffee, or flappers and jazz, or god knows what. The Christmas turkey is never made fully aware of its role, and neither is Latham. The interest in him comes from the fact that he failed in the main act of his life, and has now spent a decade revisiting that failure rather than starting on something new and sustained. This rather grotesque interest in him comes from the manner of his failure, that his performance as opposition leader was due to the fact that he’s a headcase, and no external factor. The 2004 election would have been tough enough, but a gobsmacked party and nation were treated to the spectacle of Latham focusing the whole campaign on early childhood development and reading to children on the floor.

The man who appears to believe his dad let him down was effectively re-parenting himself on the nightly news. Travelling from one such event to the other, he communicated with no one save for one or two staff and not even them, a man locked up in his own fantasies and playing them out IRL. When he lost, and the party showed every sign they would keep him on if he reached out a bit and showed he could grow into the role, he went into seclusion for a week, shaved his head at the kitchen table, and emerged to resign in a presser at a public park, like a man telling the pigeons he was no longer president of Mars. But, hey, no such thing as mental illness.

No wonder Birdman got him anxious, and no wonder he had to write a whole article about anxiety to prove that it doesn’t exist. The film is his career in miniature — great fame ruined by fantasies of omnipotence that keep returning in ever more incongruous circumstances. In the end Keaton/Birdman gets into a fight, and we see him in hospital, his nose bandaged (the man trying to solve the riddle of life has become the Sphinx — it’s a really good film). Now he looks like Birdman again, but the mask is not a sign of power, but a wound. A wounded nose is a pretty standard symbol of castration — so that must have been pretty much the final cut for Latham, who’s had a ball lopped off, sending him rushing to the keyboard.

“If you want a new focus on resilience and self-reliance, some attention to creating a world where people stand on firmer ground might be the go.”

Because that’s all his articles are really — an extended ego defence. But in that they become a defence of a certain type of politics. Razer has the full deets on how wilfully and utterly Latham misconstructs depression — whether that is the best word for an unarguably real and widespread afflicting condition — and most of all, which social classes it affects (hint: the poor). This correspondent will simply add: the fantasy world that Latham projects is the same fantasy world that Labor projects, and which gets it tangled, again and again, in bad strategy vis a vis the Greens. It’s the idea that there’s a hard and fast division between the Greens class base in the culture/knowledge professions and Labor’s in the suburbs. Latham’s idea that “normal” people don’t talk about depression can be disabused by talking to any suburban GP, or picking up a copy of Take A Break magazine.

There’s a certain type of condition that’s a product of contemporary existence, of the surpassing of a religious/traditional value framework, the undermining of settled worlds by the extension of the market into every sphere of life, and by the shift of onus to the individual to build their own social worlds, rather than have them ready-supplied. All good events in many ways, but for many people such conditions will bring periods of utter collapse, when the ability to make it through the day becomes impossible. People don’t go to the GP for anti-depressants because indie-darling filmmakers told them to; they go because they can’t stop crying enough to pick their kids up from school, are about to lose their jobs for non-performance and are driving their families mad. GPs, many with misgivings, give them these pills because they know the real pressures they’re under, and that the pills work. That in turn has created a cultural problem in which commoner-or-gardener misery can become relabelled, and, as Razer notes, depression become a public performance.

Latham latches onto that last bit because he needs to invoke a fantasy world of “normal” people to justify a view of himself as their champion. It’s a pre-Whitlamite Catholic Right view of Labor’s mission, which is to serve a relatively settled and collectivist social class, and to conform party policy to the enforcement of modest ambitions — hence, until Whitlam, Labor’s deep suspicion of extended tertiary education. How does that fit with Latham’s arguments about lifelong learning, the market everywhere, the nanny-state psychobabble early learning theories he pushed? It doesn’t! It’s not meant to! It’s a fantasy! If you’re a crooked man, you need a crooked mirror to view the world through, so that everything will straighten up.

Obviously, no policy maker in their right mind is going to disregard depression, or shape a health department around the idea that it doesn’t exist. The idea that there is some world out there where people are transparent, self-knowing types is a nostalgic fantasy. There never was — half the patent medicines advertised ad nauseum were for “melancholia”, etc — but there was a world where most people had less chance of coming apart, as they do now. That world is gone. “Depression” of this type is to modernity what black lung is to miners, an industrial disease of hyperindividualised existence. That’s why every government of Left or Right now deploys vast arsenals of social, behavioural and psychological management — to lessen the cost, in lost worktime, social care, public hospitals, crisis management, etc. If you want a new focus on resilience and self-reliance, some attention to creating a world where people stand on firmer ground might be the go. Latham’s rant might be useful to Labor in that it gathers, in one clear streak, all the confused bitterness about a changing world where the “trendies” have got control. This is the Australia Labor built from 1967 to 1996 — tertiary-educated, urban, mobile, aspiring. If Labor doesn’t want the new classes it created, doesn’t want to deal with the new common conditions of social life, the Greens will be happy to take them off the party’s hands. A little guided reflection — call it therapy — never hurts, to re-adjust your faulty perceptions and render you more effective. Once, it might have helped an energetic but neurotic man survive one election loss and go on to victory in the next — but it’s too late now for that once high-flying bird.

One question: what on earth possessed the Labor Party to elect this man as their leader in the first place?

James: I suspect because of the problem, common in the managerial castes, of isolating themselves within small, manageable groups (“elites”) of like-minded individuals, then discovering that they have no way of making contact out-group. Then there is panic, the search for a “leader” that represents “them” and the mistaking of manic activity and aggression for wisdom. In Oz, that process got us Lathham, Krudd, Turnbull & Toady. I exclude Gillard, who demonstrated that she could identify and work with Windsor & Oakeshott very effectively. X chromosomes help.

‘ The Christmas turkey is never made fully aware of its role, and neither is Latham.’

In Latham’s defence, at least he exhibited no brown-nosing behaviour to the USA, unlike all party leaders & PMs on either side ever since. None of the others have thought it through, at least Latham scores ten out of ten in that policy.

A multi-faceted take-down – of Latham, the ALP, modern society, everything.
Thanks, Guy. And your description of the difficulty of modern life is touching and helpful.