Poll Bludger: NSW Nationals under threat as Labor gets serious on CSG

NSW Labor might be able to drive the Coalition from the state's north-east -- if it plays its hand right. As the class-based loyalties that underpinned stable voting behaviour for most of the 20th century continue to weaken, electoral volatility has been showing up in a variety of ways.

In Queensland, voters inflicted a swing of unprecedented magnitude on Anna Bligh’s government at the 2012 election, only to go even further the other way in dispatching Campbell Newman three years later. At Senate elections, dissatisfaction with the major parties combined with bafflement at ever-expanding ballot papers has caused many voters to choose parties apparently at random.

Another behaviour of particular interest for the looming New South Wales election has been the growing tendency for voters to switch between parties at federal and state elections. This factor casts an especially intriguing light on the electorates of the state’s north coast, where the Nationals are bracing themselves for a backlash over coal seam gas exploration.

The peculiarity of the region over recent elections is illustrated by a display featured on my blog, The Poll Bludger, which shows how a New South Wales state election would play out if voters behaved as they did at the federal election in September 2013.

A number of striking discrepancies are evident between federal and state results, most of which bespeak locally specific factors such as the popularity of certain sitting members, or the distorting influence of strongly performing independent candidates under optional preferential voting.

However, one pattern that clearly emerges is the weakness of state Labor’s position in the state’s north-eastern corner when compared with its federal counterpart.

The two federal seats in this area are Richmond, covering the coast immediately south of the Queensland border from Tweed Heads to Byron Bay, and Page, which accommodates the area immediately inland of Richmond along with the coast further south.

Once strongholds of the Nationals, these seats have been exhibiting a clear trend to Labor over the past three decades — particularly since the tipping point of 1990, when unexpected wins to Labor in both seats made an important contribution to getting Bob Hawke over the line for his fourth and final victory. The loss of Richmond was particularly galling for the Nationals, as it had been held by the party’s then-leader, Charles Blunt, and had earlier been the domain of party titan Doug Anthony.

The result also illustrated the region’s growing green bent, as anti-nuclear activist Helen Caldicott had polled 23.3% as an independent candidate — just short of what she needed to overtake Labor, whose preferences would then have delivered her victory.

This reflected the transformation of a region once dominated by dairy and beef farming, which was now playing host to coastal development and an influx of what would come to be called sea and tree changers, together with a counter-cultural element that finds its strongest expression at Byron Bay and Nimbin.

However, curiously little of this has been in evidence at state elections, at which voters have seemed more intent on holding long-serving Labor governments to account for failures in regional service delivery.

Of the four state electorates that correspond with Richmond and Page, Clarence and Tweed were won by Labor only at the peak of the Carr government’s fortunes at the turn of the millennium, while Ballina and Lismore have been held safely by the Nationals since time immemorial. As of the 2011 election, the margins ranged from 21.7% in Tweed to 31.9% in Clarence.

It would then appear that fully a quarter of the region’s voters switched from the Coalition to the Labor side of the two-party ledger at the federal election in September 2013 — this in the context of a poor result for Labor not just nationally but locally, with Janelle Saffin emerging an unexpected casualty in Page after a 6.7% swing to the Nationals.

Clearly then, there is enormous scope for Labor to improve its stocks at state level, provided the right issue can be found to ignite anti-Coalition sentiment.

Nothing could seem better suited to the job than the hot-button local issue of coal seam gas, which showed its capacity to galvanise conservative and environmentalist constituencies when Sydney broadcaster Alan Jones went on the warpath against Campbell Newman in the Queensland campaign.

The issue has sufficiently alarmed the Baird government for it to have suspended exploration licences in sensitive areas and promised tougher regulation all round, though much of the important detail has been deferred until after the election. Labor is purposefully offering a tougher line, having angered explorers by threatening to terminate their licences without compensation.

Local reportage suggests that of the region’s four seats, only Clarence is being entirely ruled out by Labor as a possible gain. But it’s clear the biggest danger to the Nationals lies in Ballina, which encompasses Byron Bay.

Nationals incumbent Don Page will be taking into retirement the personal vote he has built up over 27 years, which makes the 24.6% margin from 2011 particularly deceptive.

However, it could be that Labor isn’t the only threat facing the Nationals. It was noted here after the Victorian election that Ballina’s mix of strong electoral bases for both the Greens and the Coalition offer a parallel with the Melbourne seat of Prahran, where the Greens pulled off a surprise win at the November state election by overhauling Labor and pulling in close to 90% of Labor’s preferences.

While the optional preferential voting system in New South Wales gives the Greens a higher mountain to climb, in that a proportion of the Labor vote drops out of the count when their candidate is excluded, the plunge in the exhausted preference rate recently observed in Queensland suggests this may be less of a factor than it seemed.

The Greens thus have a powerful incentive to target the electorate with resources it has traditionally spared for its all-important inner-city campaigns, together with a potent local issue on which to campaign. 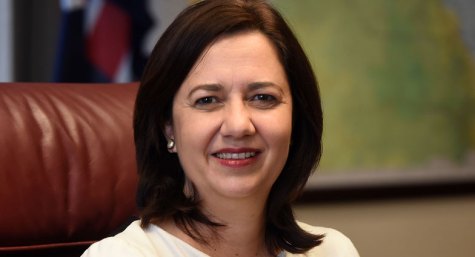 Labor finally realises how much it needs preferences

Ask yourself, what do the Australia wide National Party actually stand for? Answer very little of nothing.

Quote: The issue has sufficiently alarmed the Baird government for it to have suspended exploration licences in sensitive areas and promised tougher regulation all round, though much of the important detail has been deferred until after the election.

Then after a successful re-election of the LNP coalition CSG exploration will be on the agenda again, Better believe it, its pollie speak for we’re here to fool you now and shag you after the event.

The Nationals have got the spine of limp asparagus, if these country voters would just gather the courage and go against the “my Dad and his dad and his dog always voted National” voting pattern and kick them out every now and again they might just get a local member who will do something for them. See how in the far north that their tenure is being challenged that they finally do something (or say they are anyway). Their sudden concern about csg would be tissue paper thin and very temporary, possibly expiring after the election.

Sooner or later Labor will accept that the Greens are the best partners they could have but I wonder whether the rural voters might not realise that first,esp given how the Nats have proven to be not merely useless but actually destructive of their interests, viz John Anderson who resigned as DPM & Nats leader to spend more time with his wallet.