The Simpsons co-creator Sam Simon passes away age 59. And other media tidbits of the day.

Must have been some discount. News Corp Australia has gamely appointed media agency Mediacom mere hours after a series of press briefings appeared detailing the results of an EY audit that found rorting by Mediacom staff of TV campaign reports for at least two years. News dropped UM, its agency of two years, for MediCom, even though one of those clients rorted was Foxtel, 50% owned by News (and 50% owned by Telstra).

Mediacom is owned by Group M, which in turn is owned by WPP, the world’s biggest advertising and marketing group, which overnight reported record sales of almost $A23 billion and profits of more than $A2.8 billion for the 2014 financial year. No mention of the Mediacom story appears to have made it into the press briefings for the WPP results in London.

News Corp already has other companies in the group with Group M companies — these include REAG Group, Foxtel (which has moved from Mediacom), Fox Sports and Carsguide. According to a News statement, director of marketing Damian Eales said: “We are excited at the prospect of working with Mark (Pejic, Mediacom’s CEO) and everyone at Mediacom.”

Mumbrella has been leading the reporting of the Mediacom rorting story and published extensively on the audit yesterday. Mumbrella reported: “The staff of one of Australia’s biggest media agencies deliberately faked campaign reports for three of its biggest clients for at least two years, an audit has revealed. And Mediacom also breached the policy of its own parent company GroupM by selling back to clients free or heavily discounted advertising time given to it by TV stations.” It said 12 staff had left Mediacom, and Foxtel had changed agencies to Mindshare as a result of the scandal.

“The audit confirms Mumbrella’s revelations of nearly four months ago that Mediacom had uncovered reporting discrepancies, leading to the abrupt departure of about a dozen staff. The investigation found that after some campaigns ended, employees went back and altered the original demographic audience targets to make it appear they had reached the official OzTam audience ratings numbers even if the campaigns had missed targets.

“The misreporting went on in the post-campaign reports on TV audiences submitted to three of Mediacom’s biggest clients — Foxtel, IAG and Yum! Brands, owners of KFC and Pizza Hut. Once it learned of the problems, the agency employed auditors EY to investigate client accounts across all of its offices, which also spread to sister GroupM agencies Mindshare, Maxus and MEC. Yum! Brands and IAG have said they are in talks with Mediacom about compensation for the effect this has had on their business. Foxtel has already moved its account to Mindshare.” — Glenn Dyer

Where are the subeditors (part 2.) A Reserve Bank research report, released yesterday, carried the following disclaimer:

Wishful thinking on the RBA’s part. Here’s the front-page lede on The Australian this morning: 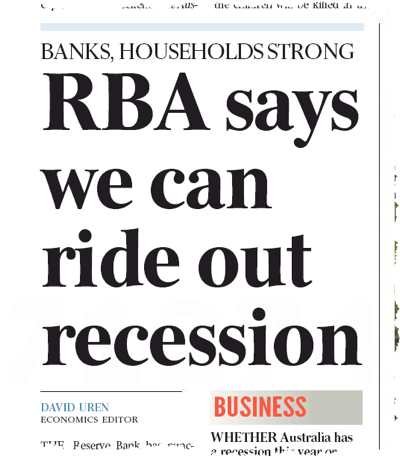 The report on page 1 of The Australian referred wrongly to “The Reserve Bank’s study.”

The headline in the Sydney Morning Herald didn’t help ….

But at least the AFR qualified its report by sourcing it to “research published by Reserve Bank staff”. The Oz failed in that respect. The AFR report also ignored the main point of the research to the last paragraph of the report on the bottom off Page 6, presumably because the main finding about the resilience of households doesn’t fit the paper’s doom and gloom narrative and its ideological stance on the economy (“We’ll all be ‘rooned”) — Glenn Dyer

RIP. Sam Simon, one of the three co-creators of The Simpsons, has died in LA at the age of 59 after a battle with cancer. With Matt Groening and James L. Brooks, Simon created the Simpsons in 1989, and the rest, as they say, is history. 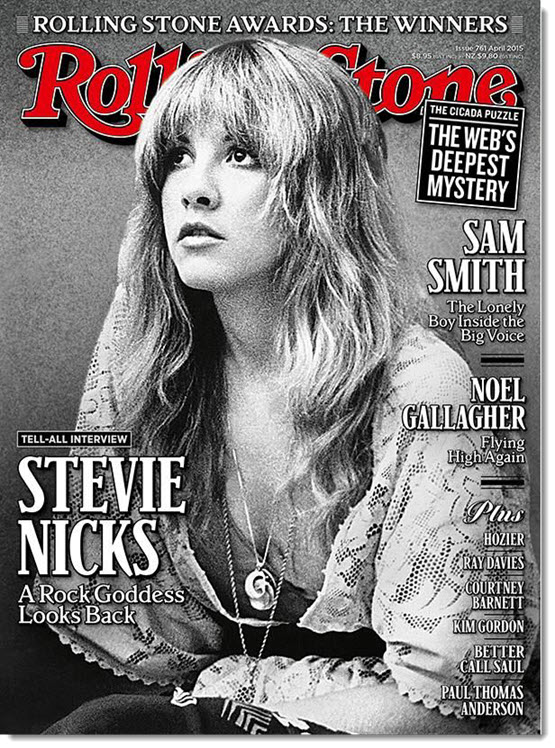 You left out the most important legacy of Sam Simon. He donated his considerable fortune to animal foundations, including buying a Whale saving vessel for Sea Shepherd. He tirelessly championed the rights of animals and was a vegetarian for many years before realising that dairy cattle have an even worse life than beef cattle (if you can even try to think that is possible) and gave up all animal products altogether. I think even Simpsons fans would agree that was his biggest gift to our earth.