A New South Wales premier who became foreign minister in the final years of the Gillard government, Carr has always been a voracious consumer of Australian arts and letters. He tells Crikey his iPad is a quicker, more efficient way to read, but he just can't give up print. 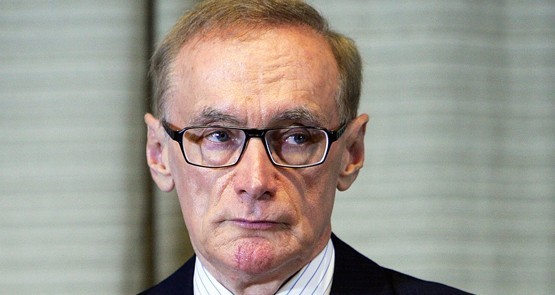 Crikey has asked spinners, pollies, journos and others about the shifting media landscape over the past 15 years. What’s good, what’s changed and what’s next? In the third installment in our ongoing Digital Disruptions series, we talk to former foreign minister and New South Wales premier Bob Carr.

How has your media consumption changed from what it was in 2000? Are you better or worse informed? Do you find the media harder to cope with? Do you find it more engaging or interesting?

I read one of the dailies on my iPad, the others I still get delivered. There’s no doubt that reading on an iPad you gallop through a newspaper — you get less distracted. I’m hesitating to get them all on the iPad — I don’t know why.

I still consume print media. Not sure I will be in five years’ time. The appeal — the efficiency — of getting it online …

I think it’s a miracle that I can get The New York Times on my iPad each day, although it hasn’t got the authority it seemed to have when I was travelling and I’d get it in the traditional form.

Those who are keeping traditional journalism going. Journalists who do a sound professional job and who know their subjects.

The ABC is absolutely more important. I think ABC Radio National is a national treasure.

Is leaking or “backgrounding” an essential part of democracy? Why or why not?

I suspect it is. Journalists have to have sources, have to get a feel for what’s happening inside. I don’t think there’s a way around it.

I think it’s easier to take newspapers on and survive. Because of the diversity. And in that sense, the 24-hour media is a good thing.