Security experts are warning that China could turn off our power by hacking our power grid -- like they've been saying for nearly twenty years. 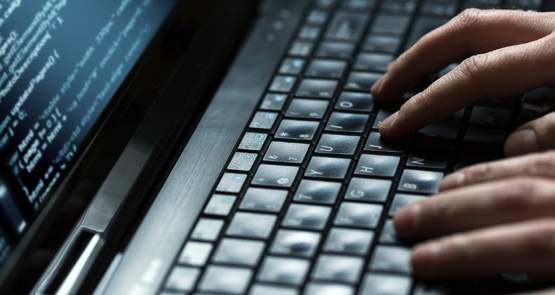 Go out and buy a generator. Get some bags of ice. Make sure your barbecue gas bottle is filled up. Maybe dig a shelter. Have a gun and be prepared to use it. Why?

The Chinese are coming. For our electricity. Not content with buying our agricultural land and, presumably, shipping it by the hectare to Beijing; not content with pricing our sons and daughters out of our own property market; now they are out to shut down our power. That’s according to none other than former ASIO head David Irvine, speaking to “a defence round table co-hosted by KPMG and The Australian Financial Review“. Irvine told the “roundtable”: “I know China probably has the ability already to turn off our electricity supply.”

Just like that, a giant national off-switch is in Chinese hands. From the Sydney CBD to Arnhem Land, from Broome to Bass Strait, the lights could go dark. Though presumably not in the Pilbara, where it might shut down iron ore mining.

And if it’s not China turning out the lights, it’s hackers. Terrorist Muslim hackers.

Can hackers actually shut down or, worse, inflict major damage, to electricity infrastructure? Undoubtedly there are vulnerabilities in countries like the US, in poorly maintained and outdated infrastructure — although, given how much money we’ve all been paying via our electricity bills for years now, you’d think our power companies could afford gold-plated keyboards in their IT systems. But the idea of hackers somehow hitting “Enter” on a keyboard and shutting down a grid is fanciful indeed, for some reasons that don’t take too long to work out. Some of the most fabled infrastructure hacks are, literally, fables. There are far bigger threats to power supplies than hackers. Nonetheless, security agencies like to hype the threat of nation-wide power failures. With the emphasis on hype.

So, for instance, in 2012, China was said to “have control” of the US power grid. That was the same year the head of the National Security Agency seriously claimed that “Anonymous ” could shut down power grids. Both the Chinese and the Russians were said in 2009 to have planted malware in the US “system” (because there’s just one giant utility in the US that does everything, right?) that could be used to destroy it. The CIA warned of foreign hackers trying to take down power grids all over the world in 2008. Hell, there were articles about hackers taking down power grids in 2005. Indeed, you can trace the hype about Chinese attacks on power grids back to 1996.

But, really, if we’re so concerned about the Chinese switching off the power, it was rather silly of us to sell major power assets to, say, CLP, the Hong Kong company that controls EnergyAustralia, or allow a Chinese state-owned company to acquire large chunks of our power infrastructure. You don’t need to do any hacking if you own the bloody thing.

But let’s assume some Chinese Muslim hacktivist indeed has the capacity to shut down our power supply. Would it be a cyber 9/11? A digital Pearl Harbor? Consider the north-east of the United States. In 2003, a blackout — caused by a software bug, not by hackers — plunged 55 million people in Canada’s north-east and Ontario into darkness for 12 hours and, in some cases, several days. There were several deaths linked to outage — a man hit by a car, people dead from carbon monoxide poisoning or house fires — but the overall impact was of mass inconveniencing as people were stranded at work, or in lifts or subways, needed to move, and then had to perform basic household tasks without power. Indeed, snowstorms and hurricanes routinely paralyse the region and force extended blackouts on hundreds of thousands of people. But life goes on.

Still, the idea of losing the lights plays to some primordial fear in all of us, that we’ll be sent back to the Stone Age — or, at least, to the late 19th century. Security agencies and their advocates love to play on that fear to keep people scared, ready to surrender their rights and keep the taxpayer dollars flowing. That’s why they’ve been using this idea for so long, and will continue to use it long into the future.

If your public utilities have internet-facing connections rather than dedicated connections on separate physical media, you’re doing it wrong. Very, very wrong.

I love me some internet, and interconnectedness is great. But your dominant and essential utilities don’t warrant it.

But your dominant and essential utilities don’t warrant it.

There can be emergency scenarios where such contingencies are warranted.

The USA prefers home-grown behemoths such as Enron shutting down their grids.

We should be grateful that this monomaniacal hysteric isex head of ASIO considering his previous excitable claims, statements and politically partisan brain farts.
However, the chances that others comparitively (more)sane and/or balanced now occupy similar secret squirrel positions of power are not good.
Anyway, isn’t China the major creditor and holder of US T-bonds these drear days? What if they decided to pack all that they own up and ship it back to the Middle Kingdom, just like they’ve done with our farmland?