Why are the SA Liberals so completely terrible?

The South Australian Liberals have been in the electoral wilderness for 36 of the last 50 years. A Liberal elder statesman explains what the problem might be, writes InDaily political reporter Tom Richardson. 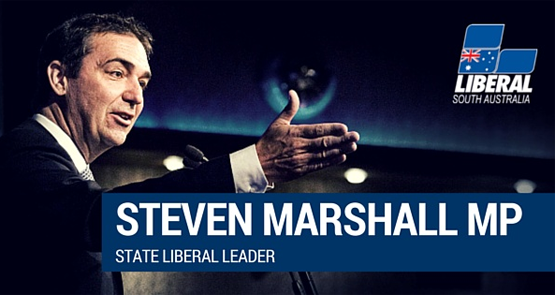 Negative electioneering, a small-target strategy and a failure to project a positive vision for the future have helped make the state Liberals the least successful division of any Australian major party in the past half-century, according to former premier Dean Brown.

The Liberal elder statesman made a rare exception to his long-standing refusal to comment on party matters to talk to InDaily ahead of a milestone that many in conservative politics will be hoping to forget.

Tomorrow will mark 50 years since Tom Playford fought his last election, bringing to an end 32 years of continuous rule by his conservative Liberal and Country League.

The Liberals had been virtually unassailable, the natural party of South Australian government. But they’ve been in power for just 14 of the ensuing 50 years — easily the least successful major party of any Australian state.

Brown, one of the five Liberal leaders who served as premier in that time, says there are “a number of lessons there” for his party.

“The first lesson is that the party has to apply stronger internal discipline,” he said. “Another factor has been the failure of the party at times to understand and look to the future; it’s tended to get into very negative electioneering and a small-target strategy, which I think has been a failure. And it’s at times failed to project, process and reflect what’s needed in the development of the state.”

Brown thinks Liberal leader Steven Marshall is “doing a good job”, but argues “the party itself needs to realise — and has failed to do so over many of those years — that the public will vote for the future”.

“They’re voting for their future, and by implication the future of the state … I don’t think at times the party’s done a particularly good job of projecting that,” he said.

According to Brown, the Liberals “put in a lot of effort” to do just that in 1979 and 1993, the two standout electoral high points of its wilderness years.

But those successes were short-lived, with David Tonkin’s one-term government a warm-up act for another Labor decade, while Brown’s own premiership was prematurely ended by party in-fighting.

“It’s a pretty lamentable performance,” reflected Adelaide University’s resident political doyen Professor Clem Macintyre. “It’s not been a good 50 years [for them] … They’ve struggled to present that unified, coherent alternative that an opposition should provide.”

A performance made worse by the fact that, before 1965, “they were clearly the dominant force”.

“SA was unambiguously a Liberal state, [but] over the last 50 years there’s no argument that the natural party of government has been Labor,” Macintyre said.

And the shame, he says, is not just for the Liberals themselves.

“Labor was winning 55% of primary vote but not winning the election,” Macintyre said.

But Playford’s policies of industrialisation and “providing sweetheart deals for manufacturing organisations … meant the population of Adelaide stretched out beyond the metro seats, particularly in the northern suburbs”.

It spilled into regional seats, reducing the effectiveness of the Playmander and allowing Frank Walsh to break the conservative stranglehold on power.

But it was Steele Hall, the next Liberal premier, who ironically ended the hegemony by implementing sorely needed electoral reform.

“You can argue his principles in a sense contributed to the defeat of his party, and he should be commended for that, I think — not for losing the election but for recognising there was a wrong that needed to be righted,” Macintyre said.

Hall later founded the breakaway Liberal Movement, arguing that his party had “lost its idealism”.

“That was the origin of the Chapman/Evans dispute,” said Macintyre, recalling the ongoing internal divisions that have riven the SA Liberals ever since.

“Marshall deserves some praise for minimising the effect of that division, but there can be no doubt the state Liberal Party has been bedevilled by that divide for much of that 50 years.”

InDaily contacted Steele Hall for comment, asking whether he had any regrets about pursuing electoral reform in 1968, in light of his party’s subsequent ill fortune.

“It was a long while ago in those days, and very few people are interested [now],” he said. “At the moment I’m not really saying anything about all that.”

What the hell is the SA Liberal leader doing?

SA Liberals, much like their federal counterparts, are on the brink of factional war

It is little wonder the SA Liberals are a mess in current times. It is as out of touch as its Federal counterparts with the influence of Pyne, Briggs, Bernardi and more recently Edwards are an embarrassment to the average South Australian.
Following in the tradition of Downer, Vanstone and Minchin the Federal follies of the SA contingent reflects badly in the local party.
The Leadership is a revolving door helped along by the Murdoch owned Advertiser which has a near monopoly which os now being broken by a growing patronage from the Age.
Marshall is a stop gap leader as he has the charisma of a damp squid always destined to look over his shoulder as his poor performance will mean another leadership spill.
Even with a small majority the Liberals are having no impact beyond beat-ups by the ever unhelpful Advertiser.
The SA electorate is concerned that the Big Noise Liberals are so ineffective in defending SA.
The imminent demise of the car industry will means thousands of jobs will be lost to add to the highest level of unemployment in the country. Youth unemployment of over 20%, the Submarines debacle and Andrew’s shameful excuse to cover the “Captain’s Call “that the submarines are destined for Japan.
Other leavers will be BAE as ship building joins the car industry into history.
For SA the Intergenerational Report is inconsequential as Armageddon is now not in 50 years’ time.
It is likely that the Liberals at the 2016 election will lose every seat as its poor representation of the SA electorate in a time of great crisis that Abbot has created, ably supported by the SA members of the cabinet.
The Liberals need renewal at all levels State and Federal with a new vision for the state – but I do not see that happening soon. So another 20 years of opposition looms Dean Brown.

Surely part of the reason for the SA Liberals’ lack of electoral success is the electoral boundaries which meant that they didn’t win government at 2 elections despite winning a majority of the 2 party preferred vote.

Dean Brown underestimates his own role in all this. Contrary to his claims, when he got elected premier it wasn’t much to do with the future. He successfully sold us the narrative that the debt from the State Bank collapse had left us economically paralysed and was deterring business investment.

That itself was far more damaging to the economy than the actual debt. Not only did it wreck business confidence (which was probably also hindered by his unsuccessful targetted corporate welfare strategy) it also resulted in some pretty terrible false economies as the government prioritized the short term budgetary position over the state’s future needs.

I don’t the the Libs will do well in SA until those of us who remember they privatised the Electricity Trust of South Australia have all died.