Take a chance on me: Guy Sebastian a Euro disappointment

With so many talented musicians who represent Australian culture, why have our SBS overlords chosen a mainstream pop singer to represent us in Eurovision? Freelance writer and musician Chris Endrey explores the issue. 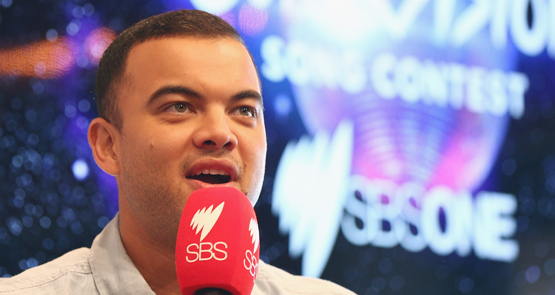 Like so many Australians, once a year I peacock into the most reflective clothes I own and sit for a few hours with my shiniest friends, glued to the world’s greatest music competition*. Drinking games, lurid hashtags, the injustice of the Soviet voting bloc, the inexplicable brilliance of Azerbaijan, and falling in love with Julia Zemiro over and over (and over) again.

Eurovision is characterised by big hair, hammy antics, winks for the camera and suspiciously cantaloupe tans — but would you believe, there is even more to it than that. Last year’s winner, Conchita Wurst, exemplified the power of the art by captivating the world with her stunning performance. Though haters abound, nobody could convince me that to love Eurovision is naff or ironic when it is social drama writ fabulous.

It’s an obvious extension that, as a flamboyant musician myself, it has long been a dream to sing at Eurovision. So glorious then that the stars of 2015 have aligned to give me the chance to throw my befeathered hat into our ring with a heart full of hopes.

From the day of the announcement, I sat down every night to scour all of SBS’ websites, waiting for any hint on what process the broadcaster would run to find our champion. I followed SBS Eurovision on all social media platforms and even wrote to them asking for any information. I received no reply.

One week on, and I was heartbroken to see that the entries had closed and a winner would be announced shortly. Heartbroken is just a word on your screen, but I don’t use it lightly. I had dreamed of this for years. I’d even collaborated internationally to write Eurovision-friendly songs, scrambling to find a back way in. I was furious at myself for somehow allowing this rare, glittery opportunity to slide through my fingers.

Doubling my efforts to find information, I eventually stumbled across the sole vehicle through which they had been promoting their entry process. Rather than putting it up on any of its websites (including its dedicated Eurovision page), SBS had quietly outsourced the entire process to a company called Blink TV. 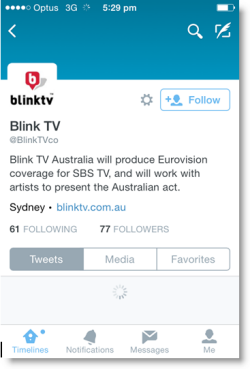 Blink TV had been making all the relevant announcements in the cone of silence that is its laughable social media presence. So it was scarcely surprising that even once the entries had closed, many of my musician friends didn’t even know that they’d ever even opened.

The rules and conditions on Blink TV’s website offered the cold consolation that the company would be “approaching music industry figures directly”. It felt like a stitch-up, and I was devastated.

I had hoped that the process was at least being so covertly run in order to streamline an indisputably worthy entry. A Yothu Yindi reformation was a theory doing the rounds at the time. I gradually began to calm down. After all, if we had to have a dud process, then at least the best possible outcome was to keep this rare chalice safely in the hands of the ethnic Australian public broadcaster and its expert Eurovision team.

To hear yesterday’s announcement that Guy Sebastian would be representing us confirmed my fears. It’s obviously subjective, but the social media response suggests I’m certainly not alone in thinking that the decision is neither brave nor representative of our wonderful culture. It seems instead that we are furiously chasing the middle ground to comfort those responsible executives that no outlier risk is being taken with our entry.

The tragedy is, we can be certain that with this opportunity — as in sports, politics, the arts and life — cowardice is the most certain path to failure.

Guy Sebastian is no doubt exceptionally talented, but his career is not defined by its engagement with or of Australian culture, but in pursuit of a mediocre, say-nothing commercial pop career.

It’s hard, because I want to declare that this is a wasted chance to show the best of us. Nobody would doubt Gurrumul’s entry — he could win it easily. Hiatus Kaiyote are world-leading talents and innovators. If the Finns can confidently submit yet another punk band this year, we can proudly wave off the almighty and all glamorous TISM. There could surely be no better reflection of our predominantly suburban lives and cheeky cultural lens.

Guy Sebastian will undoubtedly perform well and could even win it and validate the decision — but it just isn’t an exciting prospect to me. It’s a sad conclusion that in an age of the growing exchange of community for commercial culture, the man who exploded from a TV franchise to Los Angeles to mimic US mainstream pop may actually be the fairest representative of modern Australian culture that we could muster.

If we can’t hope for cultural bravery from SBS, our special public broadcaster, then perhaps our vibrancy is doomed to remain our own special secret and we will just leave our international reputation to be defined by Paul Hogan, the cricket team, and some coal ports in the Great Barrier Reef.

*Sorry Triple J, you are apparently for 18-25s and I am a grown woman.

Never a fan of Sebastian. For years he couldn’t sing in tune to save himself. However I agree he can perform OK now.But… fair dinkum. Mauboy I liked she had glamour and talent. Something that is not mainstream recycled American crap would be good.