Melbourne is this year's FM market to watch. And other media tidbits of the day.

Monis’ complaints to media regulatory bodies released. ACMA has today released two historical reports it conducted into segments aired by Channel Seven shows Today Tonight, Sunrise and The Morning Show after Man Haron Monis — who later become the Sydney siege gunman — complained to ACMA about his depiction by the programs, as well as the depiction of the Muslim faith.

In a report about a segment aired in May 2009, Today Tonight came in for a light rebuke after opening its segment on Monis by saying he was hard to find, with his website registered to someone else. ACMA said this was a factual error, but not a significant one: “it did not disrupt, overall, the focus of the segment that [Monis] had sent letters to the families of Australian soldiers who had died in Afghanistan.” Further aspects of the complaint lodged against Today Tonight by Monis about accuracy, viewers having been provoked to view him with vilification and ridicule, and complaints about breaches of privacy were thrown out.

Another report, finalized in 2008 about segments aired on Channel Seven’s Sunrise and The Morning Show, also failed to find significant breaches of the broadcast code. A segment on Sunrise came closest to a breach, with ACMA carefully weighing up whether the broadcast served to vilify the Muslim faith in a segment on doctors who became terrorists (prompted by the 2007 arrest of Dr Muhamed Haneef on accusations of aiding terrorists, subsequently proven false). The report states:

“It is noted that there was an incidental reference to the Muslim faith through the editor’s comment regarding madrasahs … However, the code requirement is for a program, in all the circumstances, to be likely to provoke or perpetuate the prohibited behaviour. Given the focus of the discussion was on the recent history and evolution of terrorism, where the terrorist ‘could be the person next door’, it is unlikely, in all the circumstances, to have provoked or perpetuated intense dislike, serious contempt or severe ridicule against people of the Muslim faith. It is also noted that the discussion included reference to terrorism in Northern Ireland against British troops, with ‘17,000 British troops chasing at any one time 200 individuals’, which was discussed as an additional example of the ‘new warfare state.’

“As such, the segment did not reach the threshold test contained in the code.”

The reports refer to Monis as “SH” throughout. But Crikey is in no doubt about the identity of the complainant. — Myriam Robin

Correction: An earlier version of this piece said Today Tonight was a Channel Nine show. It is, in fact, aired on Seven.

Melbourne radio battle heats up. Next week will usher in the release of the first radio ratings of the year. They’ll provide an early glimpse into how this year’s major radio battlegrounds will shape up, after the spectacular routing suffered by Southern Cross Austereo stations in Sydney last year.

For decades, Southern Cross was the only radio network that could boast two separate FM radio brands (2Day FM and Triple M) in each of Australia’s five major cities. But a decision to allow Kyle Sandilands and Jackie O to jump ship to the Australian Radio Network had a disastrous effect in Sydney, Australia’s biggest radio market. For ARN, the poaching helped pave the way for an astonishing year of success. “In radio, one person’s success tends to come at someone else’s expense,” notes radio analyst Bob Peters.

ARN’s windfall grew its audience by 36% among those aged 10+. This was primarily responsible for a 19.2% rise in advertising revenues nation-wide. Peters, in a briefing note to clients sent this week, channelled former treasurer Peter Costello by describing ARN’s year as having delivered a “beautiful set of numbers”.

Speaking to Crikey, Peters flagged Melbourne as a key battleground this year. ARN has rebranded Mix to KIIS, to match the Sydney change in name and music style Kyle Sandilands insisted on when he came over. Having a national network of KIIS stations is widely speculated to be ARN’s ultimate goal, as it helps with national advertisers and the like, but whether it’ll translate outside of Sydney remains to be seen. “Kyle and Jackie O were unique, in that when they went, they took all their audience with them, as well as much of 2Day FM’s daily audience,” Peters says. “My guess is that rebranding from Mix in Melbourne to KIIS, and the introduction of new breakfast and drive teams, will result in an improvement in the ratings for ARN in Melbourne. But no one is the same as Kyle and Jackie O, apart from maybe Alan Jones on talkback.”

But Austereo is fighting back. It’s paid big bucks (reportedly $8 million a year) to bring on Hamish and Andy into 2Day FM’s national drive show, but they don’t start until July.  — Myriam Robin

Documentary colonialism. Tonight in the UK, the BBC is screening the first episode of Banished, the new series written by Jimmy McGovern (Cracker, Dockers etc) about the arrival of the First Fleet. Though there is some tangential Australian involvement by the production company, it’s by no means a two-country co-production. Why not? Because that’s not what we call history now. In Australia, that term refers to miniseries about broadcasting moguls, or mining moguls with broadcasting interests, showing what dynamic and creative people they are, which are broadcast on networks the moguls own or used to, and part-funded by drama grants and quotas which have no real qualitative guidelines as to what can be funded. Good old us. Stay tuned for the thrilling four-parter Lachlan Murdoch Is A Genius, A Genius I Tell You  and CanWest Years: Channel Ten’s Schlock Therapy (which I would watch). — Guy Rundle

Front page of the day. The family business … 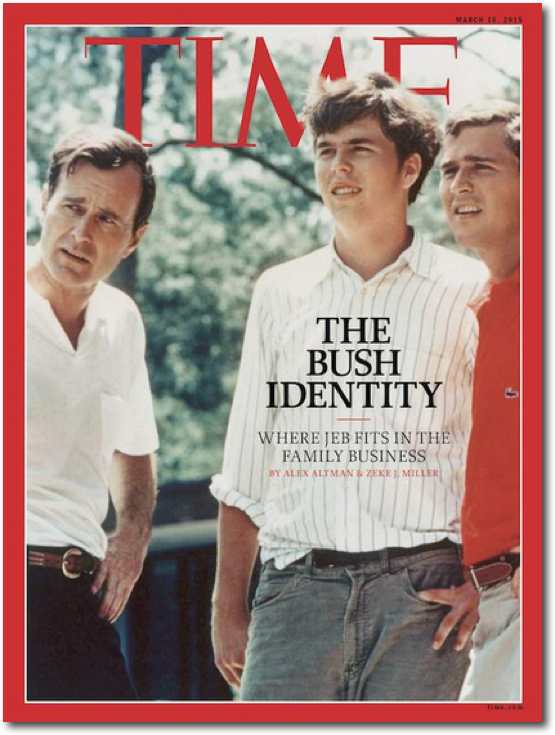