A national TV talent contest turns out to be the perfect staging ground for Eurovision, so perhaps Australia is in with a chance. 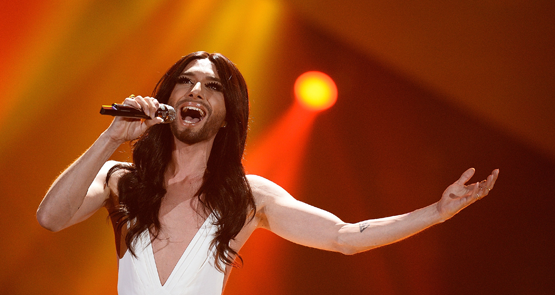 Want to win Eurovision? Then it’s a good idea to put the winning song through its paces before unleashing it on a pan-European audience. In the past five years, four of the winning Eurovision songs were selected after a national contest.

Australia’s entry, its first, was selected by SBS yesterday with no such drawn-out fanfare. The decision was quickly panned in some quarters — Guy Sebastian is seen as a safe, somewhat predictable choice. But much will depend on the song chosen, which has yet to be revealed. Some are sore the process by which he was picked hasn’t been more transparent. The stakes — for Eurovision fanatics — are high: Australia is only in as a wild-card entry, and Eurovision organisers have said the only way this becomes a regular thing is if we win this year. But given what SBS was dealing with, Sebastian is perhaps the best choice the network could have made to increase Australia’s chances.

Australia’s Eurovision entrance was only announced in mid-February, so the network didn’t have time to organise a national contest. But by picking the inaugural winner of Australian Idol in 2003, SBS has shown an awareness of how to do well at Eurovision, says Professor Alison Lewis, a linguistics professor at Melbourne University and keen Eurovision fan who uses the contest to teach undergraduates about Europe.

“He won Idol the first time. He’s good at contests,” she said. The Eurovision rules, which state the song performed must have been released after last September, put a limit on the performers. Sebastian’s latest album came out in November last year, and he’s since been on tour, meaning his songs are highly polished.

“And Sebastian is really good at power ballads,” Lewis noted. “You need power ballads at Eurovision. They do really well. And he’s got a whole bunch of them on his album to pick from.”

The Eurovision rules state that the final decision on who will represent a country is down to the broadcaster in each country. But historically, many broadcasters have squeezed their Eurovision coverage for all it’s worth, with a reality TV special and votes from viewers to pick their entry. History suggests this isn’t a bad way to go — Eurovision is a TV talent contest, and those with flair for such performances have tended to do well on the night.

Last year’s winner, Conchita Wurst, the drag persona of Tom Neuwirth, was selected internally by Austrian broadcaster ORF. But she had already twice struck a chord with Austrian audiences, being voted runner-up in an earlier attempt represent Austria in 2012, when ORF held a national competition for the winning song in conjunction with a radio station. Wurst also won a national talent contest the year before that.

In 2013, Denmark’s Emmelie de Forest won with Only Teardrops, which was selected through an open competition in which the public voted on 10 songs selected by broadcaster Danmarks Radio. Azerbaijani duo Eldar & Nigar, Eurovision winners in 2011, were selected through an extensive, multi-heat television contest in which Azerbaijanis were presented with no fewer than 77 possible Eurovision choices, culled by broadcaster İctimai Television from 120 entries. And in 2010, Germany’s Lena, who won with her heavily accented rendition of catchy pop jingle Satellite, was also selected through Germany’s multi-heat televised voting contest Unser Star fur Oslo (Our Song for Oslo). And violin virtuoso Alexander Rybak’s Fairytale was selected through Norway’s Melodi Grand Prix in 2009. The contest has been staged almost every year since 1960, and Fairytale won in the biggest landslide to date.

But plenty of countries don’t go in for all that extravagance. Perennial Eurovision also-ran Britain has had its winner chosen by the BBC since 2011. And national contests do have pitfalls — this morning, German contest winner Andreas Kummert dramatically pulled out on live TV, saying he couldn’t do it. He urged his countrymen to choose runner-up Ann Sophie instead.

Exasperating to see Crikey misjudging their demographic with this dross.

Should your readers feel in need of dumbing down we can subscribe to Who magazine or an array of Murdoch publications.

Hi Zut. A bit of variety is the spice of life. If serious analysis on weighty topics is all you want to read, there’s plenty more in today’s edition.

Oh I dunno zut – might watch it …but who’s Gise Ebastion?

Not sure of the eurozone antipodean cred attempt.

Nah I think the footy is on then, or the cricket?

I still think that Tism should have reformed to represent us

TISM would be worth watching but which song would make it past the censors?

“Never Mind The Bollocks, Here’s The House Of Representatives”