How to fix Australian media regulation

Australia's media landscape is a confusing mish-mash of special interests, but it can be fixed, writes publisher of The Mandarin Tom Burton. 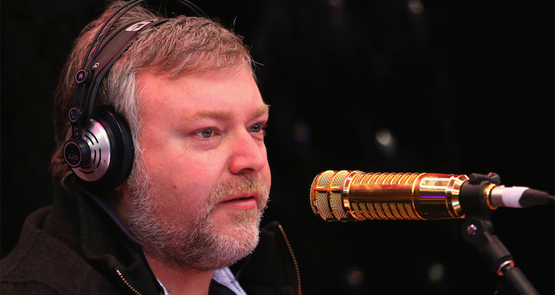 In the world of media regulation, it was once fashionable among libertarian commentators to declare that no one ever died from the media. After the tragic suicide of British nurse Jacintha Saldanha, that comment is no longer heard.

Saldanha’s death followed the broadcast in early December 2012 by Sydney radio station 2Day FM of a prank call to the London hospital where Princess Kate was suffering from her first pregnancy. Thinking about media atrocities over many years, it’s hard to come up with a more egregious abuse of media power. And for what? A few temporary blips of ratings love on an FM media-buying plan.

The whole tawdry affair says a lot about how modern Australian media and regulation work.

The headline observation would have to be the almost pathological inability of the media to accept their responsibilities in a modern consumer-centric world — to begin behaving in a manner that shows they have moved out of the feudal ages.

A reasonable observer would have thought that yesterday — more than two years after the fatal broadcast, after a six-nil clean sweep loss in the High Court which found 2Day didn’t obtain consent of the hospital staff to make the recording — station owners Southern Cross Austereo would have finally accepted their culpability. And perhaps, if there is any sense of corporate governance and responsibility in a large, listed company, one senior executive might have resigned apologetically, in recognition of the systemic failures the broadcast revealed.

Yet there was Southern Cross — supported in orchestrated union by each of the broadcasting peak lobby groups: Commercial Radio Australia, Free TV Australia and the Australian Subscription Television and Radio Association (Foxtel, et al) — whining about the powers of the regulator, the Australian Communications and Media Authority. And rerunning the PR line that the High Court had just emphatically rejected: that ACMA should not be acting as policeman, judge and jury. And in that unsubtle, bellicose way that Australian media companies work, threatening to take their case to Canberra.

Over what? A preliminary report that found Southern Cross in breach of provisions which broadly requires licences to be used for lawful purposes.

Governments of all types issue licences, leases, franchises, contracts for millions of things and typically require that the authority not be abused. It’s a simple principle that stops, among many other things, the local bottle shop from selling guns and cocaine. And it’s why three state government attorneys-general — Liberal and Labor — joined Commonwealth Attorney-General George Brandis to fight the case.

It was Brandis’ department which submitted to the court the example of a police officer who needed to disarm a man wielding a knife because the police officer believed the knife-wielder intended to use it criminally. The police officer couldn’t be expected to wait for a ruling from the courts to pre-emptively disarm the man.

In an era where preventive enforcement is considered a foundation to a civilised and safe society, here are our media companies bellyaching over a regulator which on almost any objective measure is considered industry friendly.

And this is just the halfway point for Southern Cross. If things go as per usual in the legalistic world of Sydney media, the preliminary report will be further challenged and the proposed sanctions contested in an almost endless merry-go-round of submissions and emails.

That almost certainly makes this a four-year exercise, before ACMA will be able to apply whatever sanction is deemed appropriate. My guess is that will be a two-to-four-hour shutdown of the actual program (Hot 30) in which the offending broadcast occurred, or its equivalent.

Hardly the end of broadcasting as we know it. And the cost to SCA shareholders? Probably millions, including the failed litigation costs. The cost to the Australian taxpayer? Who knows. The cost to the family and friends of the deceased, not to mention the on-air talent who bravely accepted their role? Immeasurable.

The key point to understanding broadcast-media content regulation in Australia is that it is done through industry codes — codes which all the broadcasters develop themselves, and sign up to as part of a co-regulatory system. They’re vetted by ACMA, which rarely makes any fundamental changes.

About 180 of them end up on the regulator’s desk. While the average time has been dropping, it still takes about three months for an uncontested matter to be resolved. Seemingly forever, if disputed. The broadcasters know this and their high-priced law firms are on a sure-fire money-maker, endlessly contesting the process and findings — often around obscure legalisms.

Some end up in court — ACMA has won 13 of it last 15 court cases — with Kerry Stokes’ Seven Network being perhaps the most litigious of all. Seven is, of course, home to one of Malcolm Turnbull’s great mates, Bruce McWilliam, who is commercial director. It was McWilliam who last year got the Communications Minister to make the call to the A-G when the federal coppers went rambo in Seven’s corporate headquarters, looking for evidence Seven had paid for an interview with the Corby family of Bali fame.

Hence why the public threat to go to the Minister is being taken seriously — when any normal political read would be that this is the time for the broadcasters to retire behind a rock.

So if the broadcasters already have their bid in for change, what might that change look like?

Ideally what should have happened in the 2Day FM case was for the broadcaster to conclude its behaviour was unacceptable, pay whatever was required in compensation, fix the systemic problem and publicly apologise. All within about a fortnight of the broadcast.

My experience in media complaints is there are two golden rules:

I have no doubt a quick consideration by a panel of three independent media elders would have concluded this broadcast failed the decency test. A remedy could have been speedily proposed and accepted and the matter resolved publicly — before Christmas of that year. The broadcast occurred December 4 and repeated December 5.

This all suggests a self-regulatory regime — akin to the Australian Press Council process the newspapers and digital publishers participate in. That process has its failings as well — witness the recent juvenile attacks on the former chair Julian Disney from The Australian newspaper — but as a model it would get government out of micro content regulation.

In the digital era, regulation is neither effective nor workable and, resting my case on 2Day, fails to achieve the desired public policy outcome of media outlets which manages its output in a responsible way. That it applies to only the mass end of the media spectrum, while leaving all others to behave as they may, makes it even more outdated.

And in an era where everyone has a (internet) megaphone, the role of social media (so-called “electronic graffiti”) to call out bad behaviour challenges traditional regulatory models.

There are Australian standards when it comes to complaint management, so the media does not have to die wondering what is required. The two issues that require more thinking are, 1) how to deal with systemic breaches, and 2) ensuring the complaints are dealt with by a body everyone has some trust in.

Labor’s half-baked attempt in its dying days to offer the media a self-regulated model failed because it insisted on some government role to assess the effectiveness of the scheme and to sanction media outlets which decided not to play ball. This led to a fleet of white limos descending on Canberra and predictions of the end of Western civilisation. Ultimately, the whole reform package failed and was probably what finally ended Julia Gillard’s prime ministerial career.

That it failed was probably a good thing; as the 2Day case demonstrates, big media in Australia is far from ready to maturely develop and build a self-managed system.

Then-communications minister Stephen Conroy tied the reforms to a broader deregulation of the media industry, reflecting the convergence of media delivery systems that make the old ownership rules look very 1980s (which they are). Turnbull, for all his modernist activism, has kept well away from media reform — declaring lamely the industry needs to come up with a consensus package. Imagine that privilege being given to any other industry.

And of course getting the big media players to agree to anything is dreamland stuff.

The ferocity of News Corporation against Fairfax, Nine and the ABC; the steely determination of Stokes to deny any competitor even the slightest leg-up; the split loyalties Telstra and News have around their ownership of Foxtel (effectively banned from major live sport); any aspiration News has to effectively control the sick puppy of TV, Network Ten — it all makes it impossible to find commercial consensus.

A year ago, Turnbull might have had the political capital and freedom to begin engineering the obvious industry restructuring required. This would essentially have been a three-pillars policy for the converged media — Fairfax/Nine; Telstra/Foxtel/News/Ten and Seven (which already has a converged product group across newspapers, digital and broadcast).

In return for letting them merge — and dismantling the Kremlin-like percentage-ownership rules — Turnbull could have demanded the industry clean up its consumer and complaints act. Once out of that world, Canberra could also have transitioned out of the complex licensing regime, which other than ensuring spectrum clarity is no longer needed if you simply think of Australia as one large licence area. When broadcasters can cover 100% of the nation then you don’t need an army of bureaucrats and media legal firms to manage it.

This would, in practice, mean the “system” was agnostic to a media player streaming content through the internet or broadcasting it.

While that roadmap still is available, a few other things now distract Turnbull. And with the rebooted “good government” effectively hoisting the white flag on any reform that will offend even the Girl Scouts, the reality is we are going to have to live with this mish-mash for years to come.

* This article was originally published at The Mandarin.