For much of its 40-year history, the Press Council has been overly adversarial in how it approaches the media, its new chairman tells Crikey. 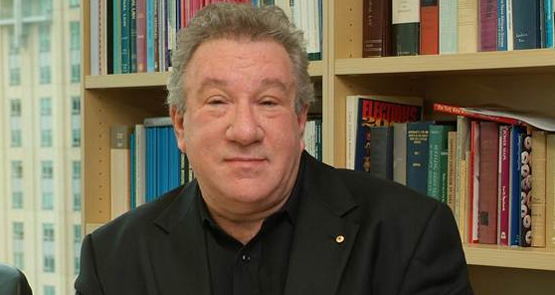 New Press Council chairman David Weisbrot has only been in the job three days, but he’s already met with News Corp Australia CEO Julian Clarke and editorial supremo Campbell Reid in a bid to repair the body’s fractured relationship with its largest member. “We had a very cordial and honest discussion,” he says. “Everyone agreed it’s not good for the industry — for public confidence — to have that stoush going on. We’re looking at areas to improve our processes and relationships.”

Under previous chairman Julian Disney the APC has in recent months come under sustained attack by News Corp, particularly in The Australian, which has repeatedly accused the council of being out of touch and inexperienced in journalistic norms. The Press Council has, in return, passed two motions (backed by a majority of its members and not only its chairman) condemning what it said were mischaracterisations of its positions by The Australian.

Speaking to Crikey on Wednesday morning, Weisbrot said he wouldn’t criticise the council for its earlier approach. But he nonetheless says it has, for much of its 40-year history, been overly adversarial in how it approaches the media. “I think my appointment in itself is an opportunity to reset the relationship and significantly lower the temperature,” he said.

Weisbrot, a former president of the Australian Law Reform Commission, says he’s spent much of his career in policymaking as opposed to litigation. He says this informs his instincts when it comes to heading the Press Council. “The council’s first head was a High Court judge, and a lot of the language was very legal. It’s the language of hearings, of parties … But I don’t really come from that background. You don’t do a research project by cross-examining people.”

Weisbrot echoes comments made by Disney at his recent Press Club address that the Press Council is more of an ombudsman than a tribunal. But they also signal a perceptible shift, as Disney’s comments were subtly critical of News Corp. “I want the industry to feel ownership in the process as well. They’re involved in setting the standards of the Press Council — they should own those standards,” Weisbrot said. “At the moment, it’s a bit adversarial. The Press Council is seen as the cop on the beat, rather than the ombudsman or wise counsel. Part of my approach is to be far more collegial in the way the Press Council operates.”

Former chair Julian Disney’s approach has drawn censure from News Corp, but he has also left behind a far stronger Press Council than he inherited. In the wake of the Finkelstein Review, he pushed publishers to increase their funding to the body, along with ensuring they needed to give three years’ notice to leave. The changes infuriated Seven West Media, publisher of The West Australian, which walked away from Press Council membership.

Weisbrot says he’s yet to speak to The West Australian, but he plans to. “It’s disappointing that there’s one major newspaper outlet that isn’t a part of the council,” he said. “We’d like to say we have 100% coverage.”

In the digital print media, where the council also has jurisdiction, the council’s reach has arguably lessened in recent years. While small outlets like Crikey publisher Private Media and Mumbrella have joined the council, overseas-based outlets like the Daily Mail Australia and The Guardian Australia — both of which are shooting up the news rankings — are not members. Last week, The Guardian Australia’s editor-in-chief Emily Wilson told Mumbrella the outlet had decided against joining the Press Council, opting instead for self-regulation.

Weisbrot says there is a precedent for outlets doing self-regulation well — he notes The New York Times maintains high standards despite not being a member of a regulatory body. But he says ,of course, he’d love The Guardian to join. “I haven’t had any contact with them yet. They’re a quality outlet — and it’d be great to have them within the tent. I’d certainly be keen to listen to any arguments about why they don’t want to join, and to see if there is anything I can do to convince them otherwise.”

At the Australian Law Reform Commission seven years ago, Weisbrot delivered a report that recommended the establishment of an Australian tort of privacy. But he bats away suggestions he’ll be more sympathetic to privacy claims than the Press Council has previously been.

“That’s no longer my role. The Press Council already has a guideline on privacy, and I’m not proposing altering that.”

The Australian Law Reform Commission’s report, he adds, was widely misinterpreted. “People read the first bit and ignored the rest,” he said. “We wrote the final recommendation so it built in some really high-level protections for freedom of speech and freedom of the press, of the sort the media would die to get in defamation law … And none of the examples we gave dealt with the press.”

But Weisbrot does intend to adopt a more proactive role on legal issues, particularly in relation to how they affect journalism. He says there have been differing opinions about how much a champion of the free press the Press Council should be — he leans towards it being more proactive in this sphere. In this, he differs significantly from Disney, it’s worth noting — Disney believed it wasn’t worth the Press Council’s limited resources to campaign on issues better championed, he told the Press Club recently, by media proprietors themselves.

Weisbrot hints at this difference of opinion. “Some chairs have thought the Press Council ensured continuing press freedom simply by doing its job of complaints handling — through maintaining public confidence in the press and the like. I take a bit of a broader view. I think we should also be out there as a body raising issues where there is a threat to press freedom.”

A good example of this, he says, is the government’s proposed metadata retention laws. “These laws present a grave threat to press freedom — probably the greatest threat to such freedom since the sedition laws … And they’re a greater threat than the sedition laws ever were, because sedition laws are rarely used. These laws on the other hand will survey all of us.

“If you were a whistleblower today, you’d have to think twice, and be quite crazy, to approach the media should these laws be put in place. And that’s a huge problem.”

“I’d like to see the Press Council involved in these kind of debates.”

Happy 40th, Press Council — the Twitter lynch mob has lots of complaints for you

Just when you thought the Press Council couldn’t be any more of a joke..

“Overly adversarial in how it approaches” the adversarial media?
How else can you approach a body when that’s all they (“Our way or the negative PR highway”) understand?

So, as one media regulatory body is given sharper teeth by the courts, another proposes removing it’s dentures.