Crikey clarifier: should IS sympathisers be charged with treason?

Jacqui Lambie has said those who support Islamic State should be prosecuted for treason. Does she have a point? 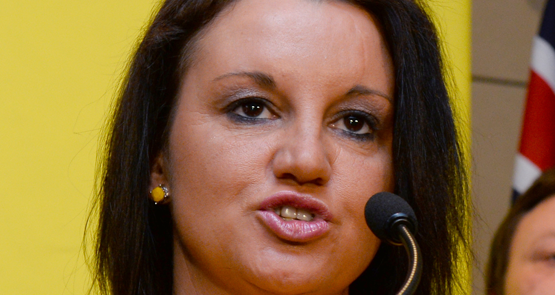 Senator Jacqui Lambie this week renewed her calls for Australian citizens assisting or sympathising with Islamic State (also called ISIS) here or in the Middle East to be charged with “the high crimes of sedition or treason”. She made a similar demand earlier this year, calling on the Abbott government to prosecute people aiding the IS cause under the full weight of Australia’s still-extant treason laws — laws that carry a life sentence. Lambie wrote in a press release:

“After reading and researching them I’m staggered that our current Liberal Attorney General and previous Attorney Generals [sic] have failed to use these simple, but effective legislative provisions to protect the Australian Citizens from an enemy which has infiltrated and deliberately weakened our great nation.”

What is treason, exactly?

Australia’s treason laws encompass a perhaps alarmingly wide range of unAustralian activities. Under section 80.1AA of the Criminal Code (Treason — materially assisting enemies etc), a person can be charged with treason if he or she engages in conduct intended to materially assist an enemy to “engage in war with the Commonwealth”, regardless of whether a state of war has been formally declared. But the law makes it clear that, in this instance, the “enemy” must be specified by a proclamation formally declaring the organisation “an enemy at war with the Commonwealth”. Although the Attorney-General’s Department formally listed IS as a terrorist organisation last year, no such proclamation has been made.

Things become murkier with the possibility of the organisation engaging in “armed hostilities against the Australian Defence Force”. At the moment, this is up for debate — certainly, Tony Abbott has made it abundantly clear that the ADF is being deployed in Iraq purely for the purposes of training. But the RAAF has launched an explicit campaign of airstrikes against strategic IS targets that has resulted in an undisclosed number of casualties; surely this, rather than simple ground assaults, is the face of war in the 21st century.

“People who help ISIS fight Australians could be guilty of that offence [materially assisting enemies],” he said. “I don’t think it’s likely to happen, though.”

If people fighting with IS are committing treason, can we prosecute them?

The case for prosecuting Australian-raised jihadists aiding IS in the fight against Australian forces under these laws is there. So why aren’t we making it?

For Lambie, the answer is simple — our politicians are living in constant fear of losing the support of the countless Islamic extremist sympathisers apparently rife in Australian society. In her call for action, Lambie wrote:

“Have our major political parties failed to act over the last decade because they would lose votes and funding from electorates, which have large numbers of voters who are possibly sympathetic to Islamic extremists?”

Dr Michael Head of the University of Western Sydney wrote in his book Crimes Against the State that while laws ostensibly preserving the security of the state were “at the heart of the criminal law of each country”, their implementation was far from consistent.

“Considerable official and prosecutorial discretion exists in selecting which offence or offences to pursue. These decisions can be as much influenced by political calculations as legal distinctions.”

Emerton told Crikey that like many anti-terror laws, a charge of treason would be difficult and time-consuming to pursue.

“In general, terror prosecutions have been very expensive,” he said.

“Prosecutions can cost millions — I remember one case where the prosecution spent hundreds of thousands contesting just one subpoena.”

What evidence would be required to prosecute a treason case?

In addition to material costs, Emerton spoke of the difficulty in establishing evidence not just linking the organisation to acts of direct violence against Australian forces, but clear proof that the accused was directly involved in providing assistance to the enemy.

“An offence coming up with ISIS first has to prove something about the organisation, then about the person on trial,” he said.

“It’s very easy for the defence counsel to question the integrity of the evidence,” he said, suggesting that even in seemingly clear-cut video evidence — like that of Australians reciting IS rhetoric — there was always the possibility that the defendants were coerced off-camera.

And remember that by the wording of the laws, the prosecution needs to prove intent — not just action.

Has Australia charged anyone with treason in recent years?

Emerton cites a case in 2007 where three Tamil-Australians accused of funding the Liberation Tigers of Tamil Eelam (LTTE, or sometimes just the Tamil Tigers) in the wake of the Boxing Day tsunami were charged with being members of a terrorist organisation — a crime that carries the possible penalty of 25 years in prison. First, though, the prosecution had to establish that the LTTE was in fact a terrorist organisation — something Australia’s Attorney-General’s Department had declined to do.

“One of the challenges in the end was that the prosecution couldn’t prove to the satisfaction of an Australian court that the LTTE was engaged in criminal conduct in Sri Lanka,” Emerton said.

“To establish that the LTTE was a terrorist organisation, the prosecution sought to adduce primary evidence of violent acts in Sri Lanka, such as suicide bombings, and then call experts to opine that the acts were attributable to the LTTE. The process posed significant problems for our criminal justice system. The accused had no personal knowledge of these highly prejudicial violent events, and yet the evidence was to be led against them in a trial before a jury.”

After spending over $5 million on the trial, the AFP’s case collapsed ignominiously.

The main function of anti-terror laws, says Emerton, is primarily to enable the activity of Australia’s intelligence organisations — although he conceded that some of it was just “publicity”.

“AFP and ASIO powers are triggered under certain conditions,” he said. “In those circumstances, difficulty of prosecution doesn’t come into it. It’s a case of a public official having to be satisfied, rather than a court.”

If not treason, can we charge IS sympathisers with something else?

Australia has a host of charges that can be laid against IS and their Australian supporters in addition to the slew of anti-terror laws implemented after 2001 — conspiracy to commit murder and the war crimes provisions against soldiers attacking civilians being the most obviously applicable examples.

But if Lambie is hoping to march our home-grown jihadis to the headsman’s block, she may be waiting a while.

Were we funding terrorism when we bribed people smugglers?

Calm down, Brandis’ new bill does not reverse the onus of proof

We are at war with the “Day-eesh Death Cult” despite the formalities. If you bomb someone it’s war.

Therefore by all means charge the traitors with treason, lock em up and throw away the key.

At the same charge those who send our troops off to war based on lies. Lock them up with the other traitors and let them settle it face to face out of public harm.

When Lambie refers to “large numbers of voters who are possibly sympathetic to Islamic extremists” she is implying that most, perhaps all, Australian citizens who are Muslim and who vote are IS sympathisers. As an Aussie Muslim I find Lambie’s fixation on Muslims and open, declared enmity towards half a million of this country’s people a serious threat to our security. If anyone should be locked up for treason you could start with her.

“Large numbers” does not imply “most”.

I used to think that futuristic documentary “Australia You’re Standing in It” was comedy fiction?

@ StefanL
In this case ‘Large numbers of Voters’ does imply ‘most’ Muslims- given the small number of Muslims overall- how can it not?
Or are you (and Lambie) implying that a ‘large number’ of non- Muslims are sympathetic to Daesh?

I am not inferring that you agree wiht Lambie- but that is simple reading for comprehension.