The High Court has ruled ACMA can investigate 2DayFM for criminal conduct -- now the hunt begins. 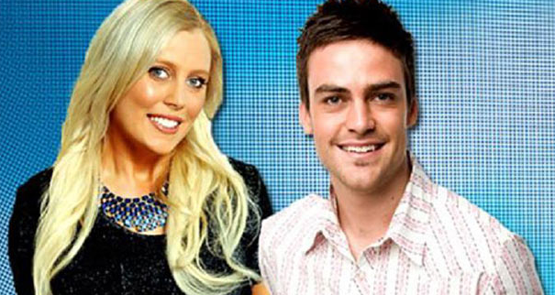 2DayFM owner Southern Cross Austereo has called on the government to reduce ACMA’s powers, after the High Court today cleared the way for Australia’s radio and TV regulator to find 2DayFM in breach of its radio licence conditions over the infamous “royal prank”. The court released a ruling this morning that confirmed the Australian Communication and Media Authority’s right to rule on whether or not 2DayFM had broken the law in breaching the NSW Surveillance Devices Act — doing so would be a breach of the station’s licence conditions.

Today’s judgment comes after Southern Cross Austereo, for decades Australia’s most profitable and powerful radio company, took ACMA to court over a preliminary ACMA report that said the regulator was investigating whether 2DayFM had breached its licence conditions in airing the infamous royal prank phone call.

If 2DayFM were found by ACMA to have breached the Surveillance Devices Act, thus using the airwaves in a criminal act, the station could be taken off-air temporarily or permanently, or could have further licence conditions imposed upon it.

In response to the preliminary ruling, 2DayFM turned to the courts in June 2013 in a bid to prevent ACMA from investigating the potentially criminal aspect of its conduct at all. The station argued that in investigating whether or not it had breached the act, ACMA was exercising judicial power, which, under the constitution, is a power reserved for the nation’s courts. ACMA counter-argued that it couldn’t enforce the broadcast rules, which prevent stations using the airwaves for illegal acts, if it couldn’t investigate whether such illegal acts had occurred.

The case has been going through the courts for a number of years, with lower courts ruling variously for ACMA and 2DayFM. A November 2013 Federal Court ruling had dismissed 2DayFM’s arguments, but on appeal, the full bench of the Federal Court did accept some of the broadcaster’s arguments. But the High Court’s final ruling unanimously found for the regulator. A summary of the court’s judgment released this morning read:

“It is the Authority’s function to monitor and regulate broadcasting services throughout Australia. There is no incongruity in empowering the Authority to take administrative enforcement action against a licensee who uses the broadcasting service in the commission of an offence, whether the offence is against Commonwealth, State or Territory law …

“The [High] Court held that the Authority does have power to make an administrative determination that a licensee has committed a criminal offence as a preliminary to taking enforcement action under the BSA, notwithstanding that there has been no finding by a court exercising criminal jurisdiction that the offence has been proven. This is because, in making such a determination, the Authority is not adjudging and punishing criminal guilt.”

ACMA welcomed the ruling this morning, saying it would allow it to now continue its investigation.

“It provides clarity regarding the operation of the license condition that prohibits broadcasters from using their broadcasting service in the commission of an offense,” ACMA chairman Chris Chapman said.

But Southern Cross Austereo slammed the ruling this morning, saying in a statement it “means there is a serious defect in Australian broadcasting law”.

“It is wrong for the broadcasting regulator to be able to itself decide whether a commercial television or radio broadcaster is guilty of committing an offence against any Australian State, Territory or Commonwealth law including laws where the ACMA has no expertise, experience or jurisdiction … This is an important issue for the entire commercial broadcasting industry. Southern Cross Austereo will join with other broadcasters in seeking to have the law changed as a matter of urgency.

The company also noted that last week, it was informed by both the state and federal police that their investigations into the prank call had finished, with both concluding there had been no breach of the Surveillance Devices Act or any other law.

The ruling has broad implications for both the media and government sectors, and many bodies offered opinions on it to the Court. FreeTV Australia gave examples of other government bodies that are forced to pursue allegations of illegal conduct through the courts. Commercial Radio Australia argued that an adverse ACMA finding could prejudice any further criminal trial the 2DayFM is subject to over the allegations. Even Media Watch, while slamming the prank call more broadly, could see 2DayFM’s argument on the case. Former host Jonathan Holmes in 2013 said: “Whatever you think of 2Day FM’s behaviour, or of that prank call, it does seem concerning that a government agency thinks it can act as prosecutor, judge and jury in what is essentially a criminal matter.”

But the federal Attorney-General’s Department argued the power to investigate criminal conduct was necessary for ACMA to successfully pursue its role, and that it didn’t breach separation of powers because ACMA rulings didn’t lead to criminal prosecutions in themselves. The AGD’s submission gave the example of a member of the police force who needed to disarm a man wielding a knife because the police officer believed the knife-wielder intended to use it criminally. The police officer couldn’t be expected to wait for a ruling from the courts to pre-emptively disarm the man.

This morning, Commercial Radio Australia and FreeTV Australia have both issued supporting calls for the law to be changed.

ACMA armed to the teeth: prepare for a media-regulation brawl

How typical of our captains of industry. All for the rule of law until a decision goes against them. When that happens “…there is a serious defect in Australian broadcasting law”.
Suck it up, princess. You are not the victim.

Considering how the shoutjocks manipulate, talk over, red button and misrepresent some callers, this should be grounds for their being treated the same way.

“The AGD’s submission gave the example of a member of the police force who needed to disarm a man wielding a knife because the police officer believed the knife-wielder intended to use it criminally. The police officer couldn’t be expected to wait for a ruling from the courts to pre-emptively disarm the man.”

Typical AGD “input” though. They have struck it lucky with their latest stooge in Brandis. Not only do they shoot to “disarm”, shortly every Australian with a phone or internet connection will be guilty until proving themselves innocent.

Apologies for the off topic rant but thankyou Lying Nazi Party:P

PS. Yeah suck it up meeja.