‘They know coal is coming to an end’: Bob Massie on the death of the mining boom

People on the ground are ready to make the transition to a non-mining economy, but the government and big mining companies are doubling down on coal. 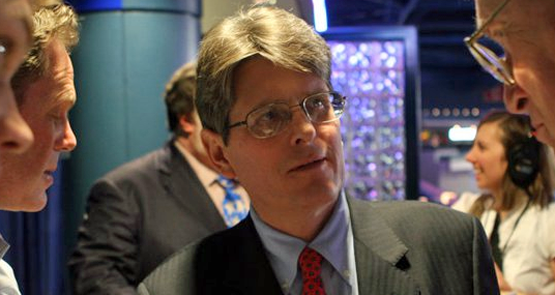 Coal mining communities in the Hunter Valley and Latrobe Valley are keen to transition away from an industry has no long-term future, says visiting American environmentalist Bob Massie.

Speaking to Crikey towards the end of a two-week speaking tour, Massie said he had been “very moved” by the reception he received in Newcastle and Morwell, where he gave lectures to audiences including mining families.

“They are eager for a well-organised transition to take place,” said Massie. “They know coal is coming to an end. I’ve actually run into very little criticism. I did not discover a radical ‘jobs versus environment’ argument. It’s an invention of politicians to polarise people. There is an understanding there needs to be a transition, and they are wanting to be a part of it. Communities are saying, ‘don’t let us just be dropped’.”

Massie, an ordained minister, Harvard Business School PhD and unsuccessful Democratic Senate candidate in 2011, has had a distinguished career campaigning for business sustainability including as onetime president of the Coalition for Environmentally Responsible Economies (CERES), co-founder of the UN-backed Global Reporting Initiative and initiator of the Investor Network on Climate Risk, which now claims over 100 member companies, and funds and combined assets over $11 trillion.

On his first trip to Australia, Massie says he found communities in the coal regions disillusioned after job cuts following power-industry privatisation, and the Latrobe Valley was still reeling from the recent Hazelwood mine fire.

Massie says if federal and state governments were to offer a well-planned and funded transition away from coal, including retraining and mine remediation, “there might be more support than they suspect”.

In NSW, however, on the weekend The Sydney Morning Herald revealed plans for 16 new or expanded coal mines covering an extra 45,000 hectares in the Upper Hunter Valley. In Victoria, new Energy Minister Lily D’Ambrosio has been speaking with Latrobe Valley workers and business groups about assistance to diversify the local economy, and support for renewables, but union and mining industry spokespeople are still talking about growth in the coal sector.

Massie did not have time to meet with state governments but did meet with Australian Greens leader Christine Milne and Labor environment spokesman Mark Butler. Climate group 350.org, which organised the tour, tried to arrange meetings with the federal government, but Massie said “apparently they’re not wild keen to hear my message”.

Massie, who has been closely involved in the fossil fuels divestment movement, says Minchin will find those banks are under specific pressure over the financing of Abbot Point from their own big shareholders.

“There are 10 or 12 major investors — some religious, some pension funds — that are trying to block the Galilee Basin. I’m sure he is going to do his best — he may be a very persuasive guy — but there are objective forces, human forces, against him.”

Watermark coal mine approval fires up just about everyone

With coal mines shuttering, why is Whitehaven betting on Maules Creek?

One can only assume that until an alternative 24/7 baseload energy source is established (e.g U or an equivalent. It is significant that you do not indicate that Massie has provided any realistic alternatives. We know that the US is rampantly developing gas and that Austarlia has the recognised capability (within educated circles at least)to cheap;ly and efficiently convert brown coal to a black coal with a carbon footprint pretty similar to that of gas. Your demonisation of coal may be a little permature. Quoting 350.org does not add credability.

Essentially the way cross subsidies work:
a) in underdeveloped countries where price of oil is kept low by subsidies, the fall in price of oil will make the budget deficit easier to manage.

b) In more advanced countries where more inefficient sources of energy are subsidised, then the fall in price of oil will make the budget deficit more difficult to manage. ( conjecture or fact?????) Remember the carbon tax was suppose to increase price of fossil fuels so that renewables would be more competitive.

I think the greens & labor who were pushing benefits of market driven ETS should hang their heads in shame at even mentioning a market driven solution. UNLeSS of course the price of energy falls in Australia. Which no doubt it won’t.

Ramble.”Austarlia has the recognised capability (within educated circles at least)to cheap;ly and efficiently convert brown coal to a black coal with a carbon footprint pretty similar to that of gas.” I consider myself to be educated in this area. What on earth are you talking about? Not Travers Duncan’s coal/water diesel engine thingo surely?

I won’t disagree. Just pursuit of truth. A substitution effect must exist somewhere between all the different sources of energy. Maybe in the long run electricity prices will fall as a result of falling oil prices. Just a scenario.
I am not a believer that market mechanism to be perfect for allocation of resources. This fall in oil prices cannot be good for renewable’s. If budget deficit is there to prop up renewable industries which is more inefficient than say coal, gas or oil.
wbddrss