Australian businesses, media and government are slowly coming to the realisation that China's booming economy is not going to be the answer to economic woes Down Under. 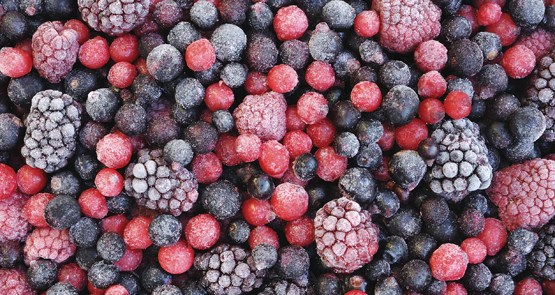 The Chinese government this week sounded yet another warning bell on the country’s troubled economy with a second interest rate cut in four months, the latest attempt to offer some light stimulus and reverse plunging credit growth figures.

The state of the Chinese economy is of vital concern to all Australians as it takes a third of our exports but, along with the economic slowdown, a diverse range of prominent issues in recent weeks has underscored the fact that China is far from the answer to all of Australia’s economic problems.

The hepatitis A-contaminated berries scandal, the Japan Post takeover of Australian transport and logistics company Toll Holdings, and a welter of stories about foreign businesses either leaving or downsizing are all indications China is not going to be Australia’s saviour.

But it’s about time this realisation begins to sink in.

There has been an unhealthy obsession with China in Australia’s government, corporate and media (especially business media) circles since the frenzy around the Beijing Olympics, coming as they did at the dawn of the global financial crisis at the expense of Australia’s other major trading partners (eg: the United States, Japan, the Association of Southeast Asian Nations, South Korea and India).

Last week, the fact that China is slowly poisoning its population via its often egregiously substandard food chain hit home with a still growing number of hepatitis A cases caused by berries processed in China. According to the Chinese government, 3.3 million hectares of agricultural land are moderately or severely polluted, resulting in 12 million tonnes of grain per year contaminated with heavy metals.

About 68,000 square kilometres of China’s coastal waters are now classified as severely polluted, and in 2012 some 17 million tonnes of pollutants flowed through 72 of China’s rivers, including 93,000 tonnes of oil and 6000 tonnes of poisonous heavy metals such as lead and cadmium.

The best guess as to the cause of the hepatitis A found in the berries is faecal matter contamination due to substandard health processes and/or checks at the factory in the populous northern coastal province of Shandong. Hep A and other diseases can also contaminate food via tainted water (during irrigation, for example) as the foodstuffs are growing. This is most commonly found in shellfish, but contamination has also been found in vegetables and fruits.

China’s food contamination woes are widespread and well-documented, and the scandals in the country’s domestic market keep rolling.

Middle-class Chinese people  have been known to go to extraordinary lengths to secure supplies of milk power from places like Australia and New Zealand for their toddlers because of the serial tainted milk scandal in 2008, when the chemical melamine, used to make resin, was put in milk to boost protein levels. Six infants died from kidney stones, and 54,000 more were hospitalised.

There’s a running line of black humour among people in China that one never quite knows what one is eating, and when the Chinese are too scared to consume their own produce, should Australian parents have a right to know what they are feeding their kids?

Just as we will now be eternally more wary of Chinese produce — and with good reason — we also won’t be quite so desperate for Chinese investment. Australia was recently reminded,  in no uncertain terms, that there are other countries and their companies willing to fork out for Australian assets, after the stunning US$6.5 billion bid by Japan Post for Toll Holdings last month.

The catalyst for this surge of interest is the impending China-Australian free trade agreement, although the new $1 billion minimum for Foreign Investment Review Board scrutiny does not apply to the bulk of Chinese investment from its state-owned enterprises — here, all such transactions will be reviewed, regardless of size. Boldly announced — well, sort of, if you read between the lines — in November of last year, it was classic deal-by-press-release stuff. The government effectively committed itself to  “signing” the horribly acronymed ChAFTA when Chinese supreme leader Xi Jinping was in Australia for last November’s benighted G20 meeting.

The document was simply an “agreement to conclude free trade agreement”. No text had been even drafted, and once the nitty-gritty details were nutted out, it would have taken a period of months to reach an agreement. Now there is some chance the hepatitis A scandal could be a spoke in the FTA wheel, wherever it is spinning.

Repeated detailed requests for an update on ChAFTA to Andrew Robb’s office were ignored. But, Crikey can reveal that, three months after it was announced, the initial document is finished. The lawyers are now checking it and the translators are hard at work with a final agreement expected within two months or so. After that, it must then be verified by Parliament. The government hopes that it will come into force by the end of this year.

Assuming ChAFTA does land sometime this year, it will come at a time when the clear trend is for foreign businesses and capital to leave China, rather than find a home there. The shifting of low-margin manufacturing of garments, electronics and homewares from China to south-east and south Asia is continuing apace. And China’s home-grown companies, many of which used intellectual property carbon copied from Western corporations, are now winning the bill for contracts in the energy, technology and telecoms sectors where Europe and US firms have traditionally dominated. If the Trans Pacific Partnership — a free-trade deal between 12 countries (so far) including Australia, and led by the US, effectively making it an economic pivot to the US — goes ahead within months, as Robb has recently suggested, its onerousness effectively excludes China from joining for some time. The TPP could see even more push-back on its signatories by China.

While China is as important as ever, the peak of the party (excuse the pun) appears to have have been passed and dreams of a surge in Australian companies expanding into China would appear to be just that.

We need to talk about China

China walks an economic tightrope as Australia holds its breath

You would think that we would put a ban on Chinese berries like other countries put bans on perceived problems with our exports to them e.g. Vietnam with Tasmanian cherries which they are worried might have fruit fly infestation.

Not to be alarmist, but I am wondering if / how the TPP might impact on our ability to demand these standards, ban products or advise people about health issues related to imported products consumed within Australia. If cigarette companies can sue a government over labelling, are we sliding into a territory where we aren’t able to provide health warnings?

Sussan Ley and Barnaby Joyce have a solution to the HepA berries: pic.twitter.com/rIFf7PNTFV