A simple solution to halve the national debt (who likes birthday presents anyway?)

The sky is falling! Australia's debt-to-GDP ratio could cross the 100% threshold! Heavens to Betsy! But don't worry, economist Tom Westland has an elegant plan to save the Australian economy. 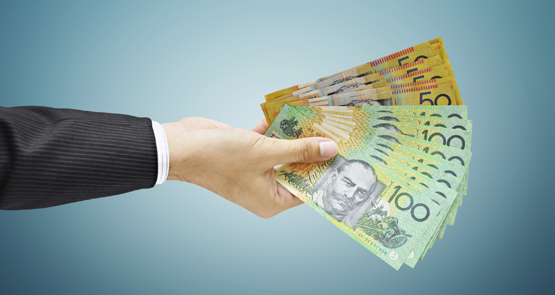 Since this is the week that we get to see the Intergenerational Report, I am delighted to report to you that I have devised, pro bono, an absolutely pain-free policy reform proposal that will halve the projected national debt burden by 2065.

The scheme is not a complicated one, but no less brilliant for its elegant simplicity (if I do say so myself, and I do). It goes as follows: we simply double the length of the year. New Year’s will now come around every 24 months, or about every 730 days. Not only will we save on birthday presents, which we will exchange exactly half as often, it will have the effect of reducing the debt-to-GDP ratio in 2065 from the 100% forecast in the report to a more manageable 50%.

The implications of this are, as I’m sure you would concur, enormous. After all, The Daily Telegraph reported on the weekend that by 2065 “net debt will swallow the economy”, since it will be equal to “the entire Australian economy”. (This in a front-page article graced with the unimprovable headline “Debt bomb to swallow us all” — the bomb that digests people before it explodes was I think rejected by Albert R. Broccoli and Harry Saltzman as a premise for a Roger Moore-era Bond plot.)

If you are going to be dead by then, you might still have reason to worry: the report says that federal debt will “represent half the nation’s entire economy within two decades unless tough action is taken”. The author of the article, Samantha Maiden, for some reason thinks this action will require a departure from “Labor’s current budget settings”; as it turns out I have been labouring under a delusion that Her Majesty’s Australian Government was largely composed of Liberal and National members.

Which means when we compare it with a plain old number, like the stock of net debt, the pile of government bonds will look exactly half the size it used to, relatively speaking.

Of course, we haven’t reduced the actual amount of debt at all. Computing a debt-to-GDP ratio requires measuring two things: GDP is a number measured over a period of time (we call that a “flow”) while debt is just a number (we call that a “stock”).

Thus a country’s debt-to-GDP ratio, if you really want to know, is the answer to the question, “At this level of debt and with this level of yearly output, how many years would it take for us to repay all of our debt if we devoted all of our economic output to extinguishing it?” A ratio of 15%, which Maiden gives as the current figure, simply means it would take 15% of a year’s worth — or about 55 days’ worth — of national economic output to bring net debt down to zero.

The ratio, while a little complicated in the interpretation, is a good way of comparing debt between countries. It also makes it easy to compare debt levels in the same country over time.

But the actual number doesn’t really mean a whole lot, at least by itself. Without more information, there’s really no reason to think one way or another that a debt that is bigger or smaller than one year’s worth of economic output is either too much debt or not enough. And so, with all due respect to Sam Maiden, there’s nothing especially magical about a debt-to-GDP ratio of 50% or 100%: if Australia’s net federal debt crosses either of those thresholds, it will be quite literally an artefact of Johannes Kepler’s Third Law of Planetary Motion.

Now, where do I collect my knighthood?

Sir Tom, your suggestion is excellent. We could use a bit of Einstein’s relativity and achieve a similar result. My alternate suggestion is thus: move Australia near to a black hole, where because of the gravitational field, time will flow more slowly. In fact the MSM are reporting that such a black hole is about to appear in Canberra, constructed from debt. Because Debt equals mass times the speed of light squared, according to some armchair relativistic economist I spoke to.

Hmmm. No wonder we’ve come to equate economists with water diviners. Tom, a quick scan of the news will reveal that the Government’s main budget measures didn’t pass through the Senate. So, yes, we’re still largely on Labor’s budgetary settings. Furthermore, last time I checked, it still costs money to borrow money. So there’s a compounding effect of debt that works a little like a credit card. A visit to Athens will help you understand this. Time for another chardonnay, Tom. As for productive debt, Eve, it’s a lovely thought. But the timeframe for ROI needs to be realistic or ‘productive debt’ becomes the last vestige of the fiscal illiterate.

@Philby: I’m afraid I’ve still got a few hours’ work left before it’s “time for another chardonnay”, but I do appreciate your solicitude.

So, one of the journalists from the Australian, is writing a load of cr+p!
What else is new!!