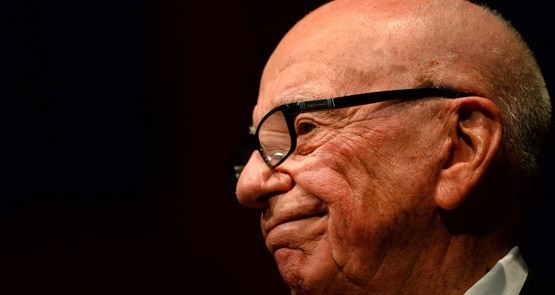 Talk about a typical heavy-handed offer from News Corp. Its $25 million play for control of Australian News Channel, which operates Sky News on the Foxtel pay TV system, is a blatant attempt by the Murdoch’s minor media company for some sort of role in electronic media beyond the regulated sports and entertainment business at Foxtel and Fox Sports Australia. Australian News Channel is owned in equal shares by Sky News UK, Nine Entertainment and Seven West Media. The company has an agreement to provide news to Foxtel that expires in 2017, and News Corp is trying to muscle in on that via the unstated threat that the agreement might not be extended.

There is pressure emerging among some of News Corp’s non-Murdoch shareholders for the group to hive off its print operations in Australia, the UK and United States and concentrate on the real estate business of REA Group and Move in Australia, Asia and the US and the electronic content delivery systems here in Australia in 50% of Foxtel and Fox Sports Australia. That could be expanded by a stake in the Ten Network, if a deal with Discovery ever succeeds. The Ten network’s share price edged up to 24 cents Friday morning (half a cent higher than the close on Thursday). Is the bid from news for Sky News a way of signalling to the market that the Foxtel/Discovery deal, which has been stuck in the slow lane, could now proceed?

News Corp has a conflict of interest in that it owns 50% of Foxtel, with Telstra owning the other 50%. News has the right to appoint the CEO of Foxtel (Richard Freudenstein, a longtime Murdoch employee here and in London). Telstra has the right to appoint the chairman of Foxtel and the other half of the board. Without saying so obviously, News is trying to use that conflict of interest to drive a deal with Nine and Seven (it reckons it has the Sky News shareholding in its pocket).

Nine CEO David Gyngell told Fairfax Media yesterday that News Corp was attempting to get in ahead of the 2017 expiry of Sky News’ carriage deal with Foxtel.

“News envisage that they would like to do it themselves, which is understandable, I am not too concerned about that … The prices I saw today do not represent fair value for what I think Sky is going to be worth and continue to be worth to pay TV. But no one expects anyone first off to pay overs for something.”

But in reality, as the 2017 deadline for the carriage agreement with Foxtel approaches, the pressure will be on Seven and Nine to do a deal with News, which might lift its offer to make sure Sky News can still access the hours of news and current affairs vision currently provided free of charge. The bottom line for Seven, Sky and Nine is that if they can get the News offer above $30 million they will be able to recover their goodwill from Australian News Channel as well as striking a fee deal to continue supplying vision (which will be a small earner, but a welcome one in these tough days of finding new revenue sources).

News Corp has a terrible track record in making TV programs. Its most successful TV program is The Bolt Report on the Ten Network on Sundays. It is not a ratings success. Meet the Press, which died at the end of 2012, was another News Corp failure, as was a business program on Friday nights using business journalists from The Australian and other News Corp papers. It failed to have an impact and was canned by Sky News management. Individual journalists from News, especially The Australian (think Janet Albrechtsen, Chris Kenny, Miranda Devine and Paul Kelly) appear on some of the Sky News political programs, such as Australian Agenda.

Sky in the UK, Nine and Seven provide news and current affairs vision to Sky News from around the country and off the Sky News platform in Europe. If News were to take over Sky News, it would either have to pay for that or more likely access the vision available from its associate Ten News — especially if Foxtel and Discovery achieve a miracle and buy Ten Network Holdings. The free vision from Seven and Nine has been a godsend (giving Sky News credibility early on) and now a significant cost saving. Ten doesn’t have anywhere near the news vision available that Seven and Nine do from their bigger news operations across the country.

But this is a small obstacle. The biggest hurdle is the move News will make to rebrand Sky News as Fox News, a development that people at the news channel view with dread — many have to watch the rubbishy right-wing news broadcast on Fox News on US cable TV. It is strongly right-wing, sometimes nastily so, making homes for defeated conservative politicians that have included former governor of Arkansas Mike Huckabee (who is having another tilt at the White House) and Sarah Palin, the former Republican vice-presidential candidate in 2008. It is feared the same degrading of Sky News will be undertaken by News’ management in Australia in an attempt to turn Sky into a Fox News clone. A problem for News is that Sky News has a higher credibility in Australia after 19 years of hard work than Fox does.

This $25 million offer makes it easier to understand why News Corp, and especially The Australian, attacked the deal the ABC had with the Foreign Affairs department over the Australia Network and on the cost cuts at the ABC and SBS. It was all designed to weaken the ABC and its weakly run News 24 channel (which desperately needs new management, according to people from Sky News).

* Disclosure: I appear each Thursday night in an unpaid role as a panellist on The Perrett Report.

Don’t assume the US Fox News formula can be duplicated in Australia.
In Canada the Sun News Network was known as “Fox News North” but only achieved an average of 8,000 viewers on pay TV. It lasted about 4 years and was shut down in February.