A key committee has waved through the biggest mass surveillance scheme in Australia history. 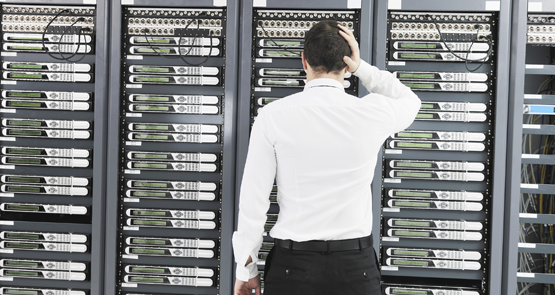 In a report released late Friday, Parliament’s Joint Committee on Intelligence and Security ticked off on the government’s proposed mass surveillance scheme, with some minor amendments.

Once legislated, the scheme will require all Australian communications companies to log and retain data about all customers’ usage of their services for two years.

The committee has recommended a number of protections that will depend heavily on drafting to achieve any effect, and in one case the committee has expanded the remit of the bill. Among the recommendations:

Despite the dozens of recommendations and the appearance of rigour, this is a deeply flawed report, which accepts, and indeed quotes at length, the assertions of security agencies as to the importance of telecommunications data as if they demonstrate the need for data retention, when data retention schemes around the world have yielded no evidence of any beneficial effect. A number of the “safeguards” intended to limit the impact of the bill will depend heavily on drafting to work — and the department drafting them is AGD, which is behind the push for even more surveillance. In the case of the prohibition on civil litigants accessing information, the proposed prohibition may simply not work, although if it is drafted well, it will be a substantial block to misuse of the scheme by the copyright industry and other malign forces.

On the positive side, the committee — if it has the right personnel — will be able to aggressively interrogate agencies about the operation of the scheme and will be immediately advised if a journalist’s metadata is accessed. Security agencies are understood to be deeply unhappy at this extension of JCIS oversight.

Labor committee members — reflecting the shadow cabinet’s position — have entirely caved in on the issue of journalists’ sources, which had been flagged by Bill Shorten himself as a key issue of concern. Key no longer — there’ll be no protection of any kind for either journalists or whistleblowers from data retention, which in the view of the UK government can have a chilling effect on investigative journalism. Indeed, the British are moving at this very moment to establish a requirement that police can’t access journalists’ metadata to identify a source without a judicially issued warrant.

All JCIS has provided on that issue is an inquiry. Perhaps this time around, Australian media companies and prominent journalists will follow the lead of their UK counterparts and undertake a public campaign to protect their capacity to do their job well. If they don’t, data retention advocates and JCIS are entitled to say that the media have been offered multiple opportunities to object to this threat, and they failed to do so.

BK, is there no hope of saving democracy from total demise?

If Labor pass this I’ll never vote for them again. Wake up Shorten, you pillock.

This will drive democratic dissent underground and whistleblowing even deeper underground. The AFP will be too focused on chasing down those who expose the ‘government’ and ‘authorities’ to transparency while allowing ‘terrorists’ like Man Haron Manis to justify their sordid game.

Ironic how the extreme right have implemented Orwell’s warning on where the extreme left were headed.

“War on Terror hysteria and a shockingly craven performance from a spineless opposition.”

And there in lies the behemoth of Australian bi-partisanship politics on crucial issues. Crucial to

This is the last time I join this discussion. The moderating machinery here grabbed my unfinished post mid sentence and launched it somewhere.

The Left and Right politics thing here is an illusion. Ok they jibber and jabber about stupid insignificant issues which seem to keep the sheeple happy and occupied, but on the more serious international based issues all we see is gutless bipartisanship…Afghanistan, Iraq, war on terror, etc etc. At best some token opposition.

Also, career pollies know where their bread is buttered and are well aware of which issues to leave well alone. Remember Bill (I love America) Shorten’s meeting with that American attache two years ago.. I am your boy, I am your boy, pick me, pick me.

Truth is they have all sold us out.