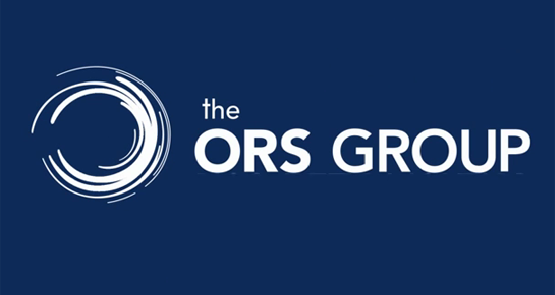 The founder and owner of the job service provider ORS Group featured in Monday’s Four Corners is a former public servant, Peter Scott, who lives in a modest house in Gwelup, in Perth’s bland northern suburbs.

Despite his low profile, over the past two financial years Scott has been paid $3 million in dividends by ORS, which he wholly owns through another private company, Panoply.

Scott founded Occupational Rehabilitation Solutions (ORS) in 1992, after spending a decade at WorkCover WA as a rehabilitation manager.

In 2013-14 ORS, which has more than 600 staff working at more than 60 offices around the country, doubled its after-tax profits to $3 million, of which $2 million were paid as a fully franked dividend to sole shareholder Panoply. Panoply is wholly owned by Scott after he bought out former ORS co-owner Stuart Reidy-Crofts, who resigned as a director in 2011 and set up another job-services business, Pace National.

Scott’s LinkedIn page shows he has been a registered psychologist since 1987 (according to the official Australian Health Practitioner Regulation Agency website) and studied at Michigan State University.

Among his other interests, he is shareholder, director and secretary of Judgment Index Australia, which licenses an American workforce management tool used by ORS — not an IQ or personality test, according to this short promotional video on YouTube, but a way of identifying good judgement and decision-making ability among workers, or “the right person for the right seat on the bus”.

Scott did not return Crikey’s call this week. Four Corners’ Facebook page received a stream of posts in the wake of the program, including Dean Butterfield, who wrote “just saw the story …I was with ORS job network and some of the same things happened to me”.

“Government should NEVER have outsourced the provision of assisting the most vulnerable members of society to vultures, i.e private business! I know this for a fact — I work for a JSP. It’s just wrong!”

“Thanks for exposing the fraud in Job Network. I was employed in the industry and was bullied by managers for years into claiming thousands of dollars in dodgy fees. Claiming thousands for Job Search Training that didn’t exist. Coercing people into signing forms saying they were ‘depressed’ to get them made highly disadvantaged ‘eg high fees’ paying 100 percent wages to employers to get them off the dole for 13 weeks. Some of these employers went through 15 staff in a row, they all loose [sic] their jobs after 13 weeks. It’s a dodgy dodgy network and the senior management are crooks. Thank god I got out with my sanity intact”

ORS was not the only organisation featured on the Four Corners program, which also featured allegations of training rorts by MAX Employment, owned by US-listed giant Maximus. As Bronte Capital hedge fund manager John Hempton wrote this week, Maximus has had a stellar run on the sharemarket lately, courtesy partly of rising revenues from Australia, which is its second-largest market. MAX gave this statement to Four Corners.

It is not clear what action, if any, the federal government has taken in response to the allegations aired on Monday. In a statement, federal assistant Employment Minister Luke Hartsuyker told Four Corners the government reforms to stop churning of the unemployed and “training for training’s sake” would be introduced from July 1.

An employment department spokeswoman told Crikey: “The department does not comment on the specifics of any particular investigation it undertakes, as to do so may prejudice the investigation. I can confirm though departmental officials visited several of the ORS offices in mid -2014.”

Govt to unemployed: get a job, ya bum, even if there are none

Churn is hilarious to watch, so long as you’re not the poor fifty-something with the bung knees and the dicky ticker being sent off to work as a piano removalist… When you finally quit, and hopefully surrender your Newstart Allowance, the JSA can claim an outcome payment while referring a similarly unsuitable candidate for the same job that they have just had to readvertise.
The government won’t solve this.
While they’re at it they could save hundreds of millions a year by closing the network of outsourced Australian Apprenticeships Centres and employing, say, three dozen low level public servants to process applications for incentive payments.
They won’t solve this, either.

I didn’t watch the 4 Corners program but I spend a lot of time as a volunteer helping people look for work. All of them are registered with a JSA and all are scathing about the lack of help they get there. All JSAs seem to do is police clients’ efforts to look for work and send them off on inappropriate courses. However there are only a few that actually make an effort to try and get their clients into a job. So in most cases,they get paid a lot of money for doing very little

I remember the old CES used to work pretty well, all the jobs were on the board and one just came in and had a look. The newer crook process was from Howard’s era, wasn’t it? Certainly the smarties saw the potential very quickly and made fortunes. Now tell me again about lifters and leaners.

All the money Howard “saved” devolving responsibility to these DIY Help-yourself outsources to look after the unemployed/battlers?
Like that tax-cuts:revenue:infrastructure equation?

* “… DIY Help-yourself (to C-wealth tax payer funds) …”
[The government looked after the creative accounting book-work – for the sake of (value for money) appearances? Much like their “ASIC dogwatch”?]