Investment collapsing, wages stagnating. Other than that, all’s well …

Business investment is collapsing, with no sign of a replacement for the mining investment boom, while wages stagnate, Glenn Dyer and Bernard Keane write. 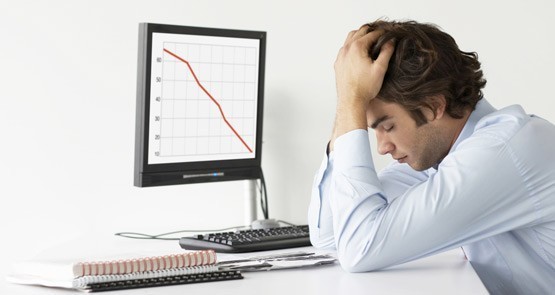 As forecast by the Reserve Bank, successive governments and every economist, the end of the mining investment boom has hammered private investment — and so far nothing from the non-mining sector is emerging to offset it. The first estimate of private investment for 2015-16 is $109.7 billion — still a lot of money, but 12.4% under the first estimate for the current financial year and a huge 28% fall from the latest estimate for investment in the current financial year. The big driver for the fall was an expected 18.8% plunge in spending in 2015-16 by the mining sector (which includes oil and gas).

Despite being forecast, the size of the drop from the current actual estimate is stunning and suggests why the Reserve Bank moved to cut rates earlier this month — and why there may be at least one more cut ahead in the next few months, or even next week.

The first estimate a year ago for the current financial year was $124.4 billion, but that was quickly revised upwards in subsequent estimates, so that by the time the September-quarter data was released, the estimate was more than $153 billion, or nearly $30 billion more than that first estimate. A fall of $43 billion over the next year equates to a drop of around $800 million a week in investment spending. There is a lot of doubt this time about whether there will be a repeat of those strong upward revisions in the 2014-15 estimates because the outlook for resources has weakened noticeably, especially for iron ore, coal, oil and liquefied natural gas, all growth areas in previous estimates for investment. Many of the oil and gas companies have announced billions of dollars in further cuts to spending in the past six to seven weeks, and they have yet to make an impact on the data. They will start showing up in the March-quarter estimates to be released in late May.

But while the mining sector is behind the collapse, the ABS also said spending by manufacturing companies will also be sharply lower in 2015-16 than 2014-15:

Definitely a great time for the federal government to be trying to scare off foreign investors.

The only thing keeping Australians’ wages growth in the black is the unusually low inflation rate driven by a flat economy and the oil price collapse. Not exactly a propitious time for that long-awaited “transition” from the mining investment boom to non-mining investment growth. Or to be framing a federal budget.

The statistical struggle to get productivity right

The only thing keeping Australians’ wages growth in the black is the unusually low inflation rate driven by a flat economy and the oil price collapse.

But inflation has been deliberately and grossly under reported for going on two decades now. One only needs to look at the breathtaking increase in property prices since the ’90s to see that.