SBS is scrapping its half-hour nightly indigenous news program, with an "undisclosed current affairs program" to go in its stead. 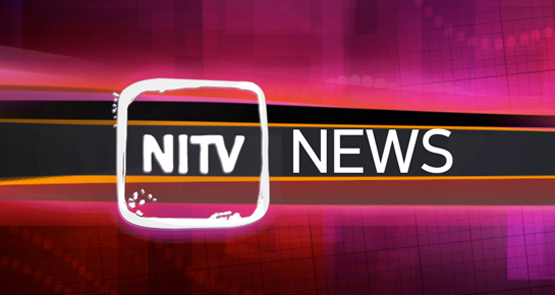 Staff at NITV News, one of the flagships of Australia’s only indigenous television station, were told last Thursday that the half-hour nightly news program would be axed by June.

Crikey understands NTIV News‘ 15 or so journalists, who work scattered around the country, were told there would be no job losses as a result of the sweeping change, which was first reported yesterday afternoon in New Matilda. But an “undisclosed current affairs program” is due to replace the nightly news bulletin.

NITV was set up with government funding in 2007, and was absorbed into SBS in 2012, transferring the station’s $15.1 million in government funding to SBS. The removal of the station’s news service comes less than a year after Tracker magazine was shut down, and a few weeks after the National Indigenous Times was placed into voluntary receivership. The Koori Mail, founded in 1991, still publishes fortnightly.

Staff at the broadcaster were in shock at the news — one told us it represented “the indigenous voice in Australia being destroyed”.

NITV, and SBS more broadly, is partly funded by advertising, leading some insiders today to speculate this may have something with NITV News being axed. “SBS are preparing for a reduced budget. They want to sell advertising space — they want stuff that’ll rate. Indigenous news doesn’t rate.”

“But news provides something that current affairs can’t provide — a regular diet of stories that are important to people done in a way that is digestible”.

But SBS says the changes are an attempt to make sure how news is delivered matches how audiences best consume it. Plans for what would replace NITV News, a spokesperson told Crikey, would be announced “in the near future” .

“Any changes to our current programming would be about continuing to improve the accessibility of NITV news programming for our audiences and there are no plans to make any changes to the number of staff working in the news team,” the spokesperson said in a statement. “Indigenous news is a critical part of the NITV offering and its commitment to raising awareness of indigenous news and issues. There are no plans to reduce the amount of NITV news programming.

“What we are doing is looking at ways to ensure that our indigenous news programming reflects audiences’ consumption patterns and enables more Australians to access the news, right across the nation and on the platforms available to them. This has been an extensive and ongoing process involving the teams at SBS News and Current Affairs, NITV and [long-running SBS indigenous affairs program] Living Black and supported by research with our audiences.”

SBS’ plans do not threaten NITV more broadly, only its daily news program. But those Crikey spoke to were sceptical a current affairs program could adequately replace what was being lost.

Save our SBS president Steve Aujard said the loss of NITV News would be a “tragedy”.

His sentiments were echoed by Jeff McMullen, a former Four Corners and 60 Minutes reporter who has devoted much of journalistic career to indigenous reporting, who told Crikey that while he had no inside information about what SBS planned to do, any axing of NITV News would leave indigenous people without a TV news service targeted at them and Australia with even less of an understanding of Aboriginal issues and concerns.

“My own experience in 50 years of journalism is that the mainstream media does not accurately report life on Aboriginal country on remote areas, or even the lives of Aboriginal people in urban areas,” he said, adding that current affairs programs, which are plentiful on NITV already, don’t fill this gap. “Current affairs programs are reactive — they follow agendas shaped by Canberra and to a lesser extent in the state and territory governments … Panel shows, conversations — the kind of things I’m invited onto — are plentiful. And in a scattered way they touch on issues that affect indigenous people.

“But in reporting, within a very short space of time, Aboriginal people have lost Tracker, they’re seeing a threat to the NIT, and now NITV News, we learn, is to be removed and reformulated as a current affairs format. It’s a significant loss of clear information to make sense of what is coming down on their heads. It would not be so damaging if the other media had a better grasp of the story. But I can’t see it on the mainstream TV.”

Shadow communications minister Jason Clare has condemned the program’s axing: “A well-resourced indigenous media sector is vital for the Australian media landscape, and Labor calls on SBS and NITV to rule out the cancellation of this important program,” he said.

NITV’s “shotgun wedding” to end in tears all ’round

NITV is consistently the lowest rating station on Australian Television (a tiny 0.2%). They should take the (few) performing programs off it and wack them on SBS 2, while closing the station down.

Congrats, Scott, on noticing something completely missed by the regulars.

Does everything have to be about ratings? I watch NITV frequently, and have nothing but praise for the range depth of information and insights I’ve gained in the process.

Apologies for omitting ‘and’ between ‘range’ and ‘depth’.

While losing NITV News would be a huge blow to the Aboriginal and Torres Strait Islander news landscape, it is not the ‘final plank of the Indigenous voice’ – the Koori Mail is 100% Aboriginal-owned and has been publishing for more than 20 years. Rudi Maxwell, Koori Mail editor