Rundle: imploding Right in its Winter Palace turns against the people

Desperate, the Right has fallen back on national security fears and blaming "the mob" for its many misfortunes. 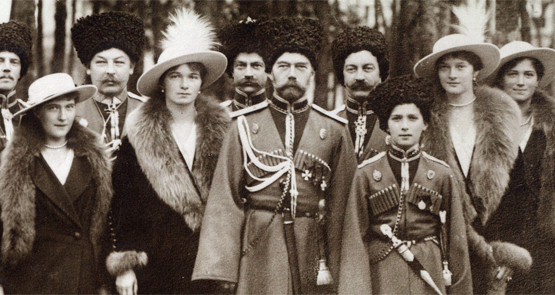 With the Germans advancing on one side, the Russian workers on the other, the Romanovs, trapped in the Winter Palace, resorted to signs and wonders, to fortune-telling and the ministrations of Rasputin, the mad monk. Thirty years later, in das fuehrerbunker, the death of President Roosevelt was taken by leading Nazis as divine deliverance, Hitler’s astrologer working overtime. The Romanovs had started on their journey to defeat with the massacre of a workers’ march come to petition the “little father” for improved wages; the Nazis finished up by concluding that the German people had let them down.

Fetishism and elitism tend to go together, because they are both forms of distorted reason, magical objects, magical thinking. These things pop up in the strangest places and ways. Thus it was that, after the Tony Abbott near-death experience and the abandonment of knights and dames, member for Bennelong John Alexander proposed that knighthoods be replaced by “mateships” awarded annually. This takeover of something conferred socially between equals, deepening their equality, and turning it into a state hierarchical award, didn’t get much attention because, to be honest, we were all laughed out after the Sir Prince Philip stuff. We had no more breath to give to hoots of derision.

Alexander seems to be a reasonable and intelligent man, so how did he come up with a scheme of such idiocy? Because idiocy, in the dire circumstances of the Right, becomes contagious. Lacking the ability to think about thinking, to work out where their ideas come from — they just think they’re, well, “right” — they flounder around looking for that one magic thing that will fix it all. The Sir Prince Philip thing started off all the current troubles; it seemed obvious that the exact opposite idea would undo it. It seemed obvious to Alan Jones that the best thing to advise the Prime Minister was to “be your own Mr Whippy and ring your own bell”. Poor old Tony must have sat there, thinking the same thoughts expressed at the end of The Prime of Miss Jean Brodie: “why do I come here and listen to this stupid old woman?”. Ringing bells and mateships and imaginary toxic wind farms and Sir Prince Philip, all inside the walls, everyone babbling madly to each other.

They’ve been driven to superstition first by the rejection of reason itself, starting with science and moving outwards. Now it’s the people outside, at the gates, sharpening their pitchforks. They used to represent the people once, against “the elites”, but now the people have let them down, and there is no new “people” to be elected. Now the Right’s thing is disdain for the people, indeed, as Des Houghton called them in The Courier-Mail, “the mob”, who had dared to sack Campbell Newman.

In the week around the spill, there were a dozen or so pieces on the Right condemning the Australian people as too childish, self-absorbed, lazy, etc, to vote for what was obviously right, which was a more-or-less Thatcherite politics of free-market liberalism and social conservatism. The attacks came from Paul Sheehan, author of “anti-elites” tract Among the Barbarians, Nick Cater, author of “anti-elites” tract The Lucky Culture, Planet Janet, Paul “Eeyore” Kelly, the Bolter, Tom Elliott in the Hun, Des Houghton, and bless him, Joe Hildebrand, which shows that a poodle, if nothing else, knows how to sniff the wind.

“When Campbell Newman came to power in 2012, he had to turn around the Titanic. The momentum he built in his first and only term has come to a standstill.”

Well, turning slows momentum, which can’t come to a standstill, and the Titanic didn’t need to anyway, but apart from that, great stuff. Tom Elliott, son of John, spoke for landed families everywhere when he urged a suspension of democracy for five years — longer than the life of any parliament, and contrary to all Australian constitutions — “as Britain did in 1935-1945”. Britain suspended general elections by a two-thirds vote of Parliament from 1940-45, due to its unwritten constitution, an option that isn’t available to us. This officially made Elliott too dumb to be in the rule by “non-political experts” he proposed.

All good mad stuff, with a dose of social media hatred thrown in, but what does it mean? In a more serious polity, it would be a Pinochet moment, prelude to a coup. The new right-wing elitism is definitely a measure of tremors elsewhere, in Greece, for example, or Indonesia, where the shadow of the army suddenly lengthens at even the slightest deviation from the proper order.

But here, it’s all dress-ups. It was pure frustration first of all, stamping of feet, though the degree of unanimity suggested some sort of central direction. It was a farewell also to the exhausting faux-populism whereby a group of well-connected right-wing journalists have spent more than a decade pretending to represent das Volk against the rootless cosmopolitans — even when, on matters of trade unions, foreign wars, irreligion and same-sex marriage, the people and the cosmopolitans are much in accord, and keep showing it. Now via a bit of bracing elitism, they have transitioned into an authoritarian national security pose. It is plainly desperate. Nothing undergirds it, no grand Western project as could briefly be rallied after 9/11. There is an absence of ideas on both sides of mainstream politics, but the sheer rapidity of collapse on the Right is extraordinary. They appear to be passing through all the stages of Right history in rapid cycling. That usually precedes a collapse. I know what Labor could become if it were willing to be a party prepared to make big propositions to the people again. But what could the Liberal Party possibly become now, save for a genuinely liberal party that most of its membership do not want? What, if not that, save for the besieged looking for signs and wonders, behind thickening walls?

“Near” death? This zombie?

And what’s “new” about right-wing elitism – except for greater opportunities afforded by the burgeoning less main stream media to point it out?