What did Andrew Penn do that got him in such hot water with APRA? 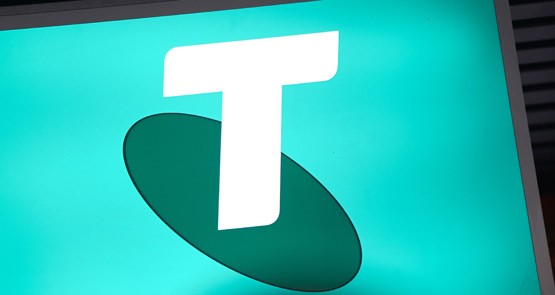 Barely mentioned in the warm coverage of newly appointed Telstra chief Andrew Penn on Friday was his 2005 disqualification as a director by the Australian Prudential and Regulatory Authority (APRA) — overturned on appeal — when he was a senior executive at AXA Asia Pacific and an employer representative trustee on the company’s staff superannuation fund.

It was all a long time ago, but Penn now has one of the top jobs in corporate Australia and was closely involved in an unedifying episode that triggered an investigation by APRA and the Australian Securities and Investments Commission after which the AXA Australia Staff Superannuation Plan agreed to compensate more than 2000 fund members to the tune of $10 million.

One of seven fund trustees disqualified over the affair, Penn had to stand aside as Australian chief of AXA’s operation (incorporating the old National Mutual) for eight months but was reappointed on the success of his appeal to the Administrative Appeals Tribunal (AAT) and, with the support of the chairman Rick Allert, was soon promoted to replace Les Owen as CEO.

What had Penn actually done at AXA? The AAT ruling makes for particularly dry reading (names are coded, but an index at the bottom shows VBW is Penn) but, broadly, what happened to the AXA staff superannuation plan was an example of the shift away from the generous old defined-benefit pension schemes, which ensured employees knew exactly how much money they could count on in retirement, independent of investment returns, leaving all market risk to the employer. Nowadays, most super funds are accumulation or defined-contribution schemes, which leave employees to bear the market risk.

AXA closed its defined-benefit scheme in 2001, but the employer still had to fund the benefits of hundreds of existing members. AXA’s super trustees faced a particular problem: the scheme allowed members with 10 years of service who left the company to leave their super inside the plan, and they could choose to take a “deferred benefit” indexed pension once they turned 55. Realising the generosity of the scheme, a number of younger ex-employees had chosen to leave their super with AXA, and these non-contributing members were an increasing headache for the trustees — at once an unpredictable and growing liability and a glaring inequity, as those members were effectively being subsidised by others.

The problem became acute when markets tanked after the September 11 terrorist attacks, with actual investment returns turning negative. By early the next year, AXA’s actuarial consultants were raising the possibility of a shortfall in the fund at the end of 2001-02, with liabilities reaching $80 million. They recommended a review of the “smoothing” policy, under which crediting rates for defined-benefit members were calculated using an average of the three previous years’ investment returns (subject to a minimum “floor” 2% above the growth rate in average weekly earnings) and asked the trustees to come up with a way to recoup the over-crediting of recent years. Members were advised that the crediting rates for 2001-02 would plunge to -5.8%, sparking a flurry of complaints, and AXA made an offer to transfer members from defined-benefit to the accumulation scheme. By August 2002, AXA was preparing an employer offer to encourage deferred-benefit members over 50 to take lump sums, paid out at 105% of their account balance. Actuarial advice was that the deferred-benefit pensions were worth up to 128% of member balances, so AXA would be getting off lightly.

Enter Penn, who joined the super fund board as a trustee representing AXA in September 2002. His riding instructions were pretty clear. An email from CEO Les Owen to Penn that month said the whole point of the employer offer was that “if people withdraw their lump sum from the fund we avoid the high (and potentially unknown and higher) cost of the lietime [sic] annuity”. Owen also emailed Penn saying he wanted an urgent review of the scheme’s investment policy, bemoaning the fact that trustees were taking decisions without seeking AXA’s view first.

Penn had fiduciary duties as a trustee, under the Superannuation Industry (Supervision) Act, yet also had a duty to his employer. Some of Penn’s own emails show how he grappled with this balancing act. In one message, he told Owen:

“I do not believe the Trustee Board will agree to recouping the 5% overcredited against a cash investment return. I have to say I am not comfortable with this myself as a trustee. I understand the company’s position and that it will have to consider its preparedness to continue to make contributions — so be it. That is a relevant consideration but not the only one.”

In another email a few months later, as the proposal stalled, Penn admitted he was becoming very nervous about the employer offer:

“… The market continues to work against us as we discussed the other day. We must get the member comms out bey [sic] end of month. I am going to have lots of egg on my face with … [the CEO] if this does not happen.”

Much hung on the wording of the scheme’s correspondence with members, spelling out the need for them to seek advice on the offer without alerting them overly much to the potential loss they might incur — and Penn was clearly aware of the sensitivity, as when he amended some draft correspondence as follows:

“The one outstanding issue I have is the covering letter which I still think could be a bit more helpful. Without actually drafting it I think it should go something like this [attached]. Also if we can make it a bit more friendly and not sound like this is bad news! I know we have to be careful.”

In a later message, Penn wrote:

“…there are too many ‘after careful considerations’ in the letter. We need to ensure members are prompted to take appropriate advice but not scare them off. At the moment it reads as if — we would not recommend this but we are obliged to pass the offer on!”

References to the actuarial valuations were removed. APRA found that there had been a conflict in this case, but the AAT overruled its finding, saying the trustee had “steered the fairest course it could among all the members”, adding that although the employer offer might not have been in the best interests of the deferred-benefit members, “the fact that [the offer] is not in the best interests of one group of members does not necessarily mean that the trustee has not acted in the best interests of the members as a whole”.  The SIS Act itself required staff super schemes to have employer representatives, and Penn’s position as a senior executive was known to all trustees. There was no conflict of interest. The AAT overturned the regulator’s disqualification of Penn and the other six directors of the AXA scheme, and also overturned APRA’s determination that Penn and another trustee were not “fit and proper” persons to act as trustees.

The tribunal decided Penn recognised AXA did not run the fund, the trustees had a separate role to play, and while he had “contributed to the shaping of the offer, when it came to its consideration, we find that he did not seek to influence the outcome”.

The Age reported in 2006 that Allert was angered by the case, which was seen as over-reach by APRA, stung by the earlier collapse of HIH. The paper’s business commentator Stephen Bartholomeusz wrote:

“While APRA was correct in saying the AAT did not express criticism of its processes or decisions, the judgement speaks for itself. APRA got it wrong and Andy Penn will always carry the stigma, unfairly, that he is a CEO whose regulator deemed him unfit to hold office.”

Penn maintained his silence on the case until he was appointed to the CFO role at Telstra in 2012, when he spoke to the AFR about his disappointment with APRA:

“Not only did we quash it on every front, it led to the law being changed and APRA’s powers being clipped. Like everything in life, it was a learning experience. It was completely misconceived and poor regulation.”

Still, AXA had to reinstate the “smoothing” policy, and allow members who had accepted the offer to reconsider, at a cost of some $10 million — more than $9 million of which went to 288 aggrieved deferred-benefit members — under an enforceable undertaking agreed with APRA and ASIC.

It was a messy affair all round.

“a glaring inequity, as those members were effectively being subsidised by others.”
Do you mean the accumulation members were subsidising the defined benefit members? Surely not – surely it would have to be the employer who wears that cost?