How the government is sneakily taking over the Climate Change Authority

The government has decided to put the Climate Change Authority and Clean Energy Regulator under the purview of the Environment Minister. Not that you'd know it from reading the bill. Freelance journalist Marcus Priest reports. 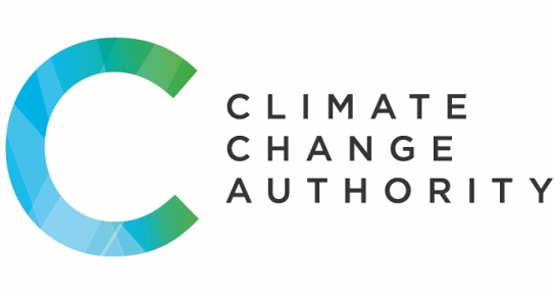 On the eve of the announcement of the date of the first auction for the the federal government’s controversial Emissions Reduction Fund, there was an equally significant change being made to national climate change policy.

But if you blinked, you would have missed it. Hidden away in an otherwise inconsequential piece of legislation dealing with the bland subject of public service governance and financial management was the revelation that the government is taking away the independence of the Clean Energy Regulator and the Climate Change Authority.

In introducing the bill, parliamentary secretary to the Treasurer Kelly O’Dwyer did not emphasise the significant changes hidden within it. The only thing that most people with an interest in national climate change policy would have heard was the announcement the next day by the Clean Energy Regulator that the first ERF auction would be held on Wednesday, April 15, 2015.

But as a result of the changes introduced by O’Dwyer, it is unclear whether the CER in its current form will even manage the auction process in the future. The future and form of the CER’s sister climate change body, the Climate Change Authority, is also in doubt.

Those who bothered too leaf through the bill introduced by O’Dwyer will find some curious amendments to the governing legislation for the CCA and the CER buried away in schedule 3.

The amendments contained in this schedule strip the CCA and CER’s of their separate legal identity from the Commonwealth. There is no explanation for the change apart from the statement in the explanatory memorandum that the CCA and CER “do not require body corporate status to perform their statutory functions”.

In announcing the establishment of the CCA and the CER, the then-Gillard government and Greens were at pains to stress that the bodies were independent and at arm’s length from the government. This was based on the recommendations of prominent economist Ross Garnaut; that independence of such bodies was crucial to a new climate change framework.

“Good governance is the only antidote against the many pressures that would be applied to the political system by special interests. The emergence of a strong and effective regulatory authority that was independent of Government would be important to the credibility of the scheme,” said Garnaut.

At first glance then, the de-corporatisation of the CCA and CER seem to run counter to that recommendation, especially when the Abbott government has already unsuccessfully tried to abolish the CCA.

But the immediate practical effect from the proposed changes is unclear. There is no change to the way in which its staff are appointed, nor any change to the governance arrangements of the bodies.

Government regulators — such as the Australian Competition and Consumer Commission and the Australian Securities and Investment Commission — are traditionally given a separate legal identity as bodies corporate to allow them to sue and be sued and also to enter into contracts. However, the amendments state the chair of the Clean Energy Regulator may enter into contracts and other arrangements on behalf of the Commonwealth and also that proceedings brought by the Commonwealth in relation to the functions or powers of the regulator may be brought in the name of the regulator.

So why the change ? Why are the changes only to the CCA and the CER and not other independent government bodies corporate ? And why is the government being so coy about it ?

In all likelihood the change will impact on the financial independence of the two agencies. The CCA and CER will now effectively be merged into the Department of Environment, giving greater power to its secretary — and hence the minister — to control its budget and staffing resources.

For example, the amendments require the bodies to provide a “corporate plan” to the minister, which “must include such matters (if any) as the Minister requires”. Board members will also be required to disclose any conflicts of interest to the minister to the board to the regulator.

While they may remain independent, the changes mean the government has much greater power over their ability to operate effectively. This is confirmed in “public speak” language in a 2006 Department of Finance policy document, which outlines when separate government bodies should be established:

“Departmental structures are also more flexible than bodies created by statute. The work they perform may be, and has been, subject to rapid alteration if required by the Government of the day.”

With the CCA currently conducting a review of Australia’s future emissions caps after 2020 and the CER about to conduct the first ERF auctions, the political message being sent by the changes being sent is unmistakeable.

Clive saved the CCA, but the polluters win out

So, basically, they’ve achieved their aim of dismantling both of these bodies in the usual gutless, underhanded, totalitarian way we’ve come to expect from this government.

Would anyone expect anything else from this honourless lot of incompetents?

Will there be a Reichstag-type inferno i the offices?

Good God!. The sooner we dump this mob of tyrants the better, they are wrecking the country. To make matter worse the environment minister Melissa Price never appears anywhere & originally came from the mining sector in WA, which is certainly not at all reassuring.